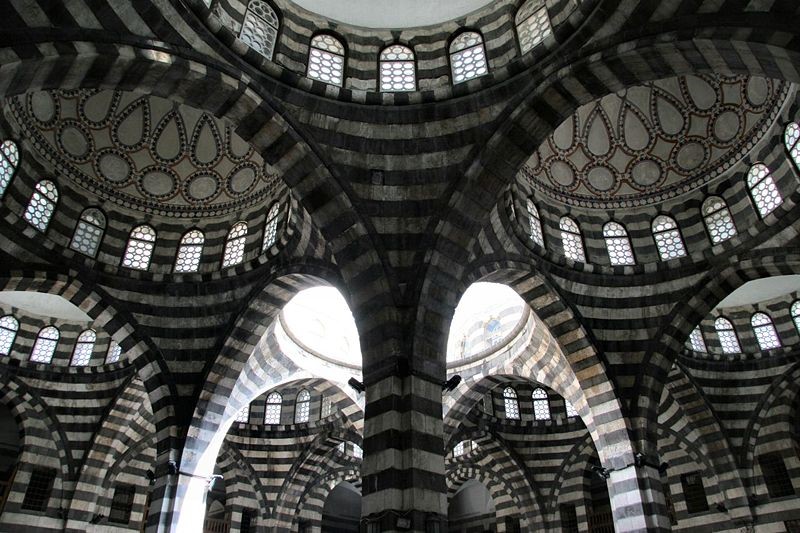 “We shape our buildings and they shape us”

The 20th century architects had unsuccessful tries to change the way society was organized and the way it worked with their architecture. Their failures are still being felt today, and speak about the need to let the architecture and the society work together.

Architecture in general is an expression of values and the way the people are building is a reflection of the way they are living. This is why vernacular traditions and the historical layers of the city are so fascinating, because every era produces its own vocabulary. And what would speak better for the connection between the architecture and the society, then the vernacular architecture. This is because the production was built as a reflection of the local traditions, with the availability of the local needs and constructions, and mostly important it is built by the local people, local builders, not the architects as professionals.

In the next paragraphs using architecture along the Silk Road, from China to the Mediterranean Sea, will explain how the different society and one way of living have influenced on them and what characteristics are shared.

Towns along the Silk Road:
The caravan trade, in general, leaves traces as architectural production and remains of the goods carried by it to its destinations. But, the historians have recognized even towns which development is because of the Silk Road.

Palmyra stand in the middle of the desolate Tadmorean Desert in Syria and is  known as a true caravan city.
The village that existed, becoming a city of Palmyra by the first century because of the development of the caravan trade.

The development of the city is because of 2 important aspects:
The infrastructure and buildings needed for the caravans and people that were passing. Like one main street with markets, caravanserais, baths.  Towns that are on  the major caravan routes have been planned accordingly, so they are oriented to the main route and they had large market buildings erected on the main streets of the town.
On the other side, the city of Palmyra grew wealthy from trade caravans. the Palmyrenes were renowned merchants who established colonies along the Silk Road and operated throughout the Roman Empire. Palmyra’s wealth enabled the construction of monumental projects, such as the Great Colonnade, the Temple of Bel, and the distinctive tower tombs. The culture of Palmyra was influenced by Greco-Roman culture and produced distinctive art and architecture that combined eastern and western traditions. The flow of trade through the city supported building on a grand scale. With its temples and their grounds and civic buildings making Palmyra became the most luxurious and elegant city in Syria.

So this way of living, and the organization of the Silk Road, shaped the city of Palmyra in an urban centre. Other towns that were developed or grew thanks to Silk Road routes are Aroer and Petra in Jordan, Oualata in Mauritania, Damascus in Syria, Samarkand in Uzbekistan.

Architecture along the Silk Road:

Caravanserais as form of international vernacular architecture shows that one form of architecture can be present in a distance of 4,000 m.

Mostly, this form was faced with similar conditions, surroundings and cultures. That is the reason they have relatively similar look. On the other side, they purpose and organization is the same. In every country they are a safe place to stay overnight, place to trade and change experience and ideas. And they serve the purpose to the travelers, not the local people.

This bring us to another important conclusion. The local society here could only make an influence on the esthetics of the buildings that were meant to serve the travelers. The outside, the materials, the decorations are different form place to place. The travelers and their needs are the same, so the organization, the purpose and disposition of this buildings are the same in every place.

This form of buildings has it representatives even in Macedonia. In Skopje in the period of the 15th century, were built few caravanserais or better known there- hans.The most famous and still existing buildings in Skopje are Kapan Han, Suli Han and Kurshumli Han.
All of them have the same purpose as the other caravanserais. They have small shops, rooms that are usually in the second floor for the guests and also have space for horses on one side of the han.

Placed along the main streets in the Old Bazar, surrounded with other shops, they were save place for the travelers and traders on their way trough Asia and Europe.  All of them have the marks of the traditional architecture in this region for that time and the influence of the Ottoman empire.