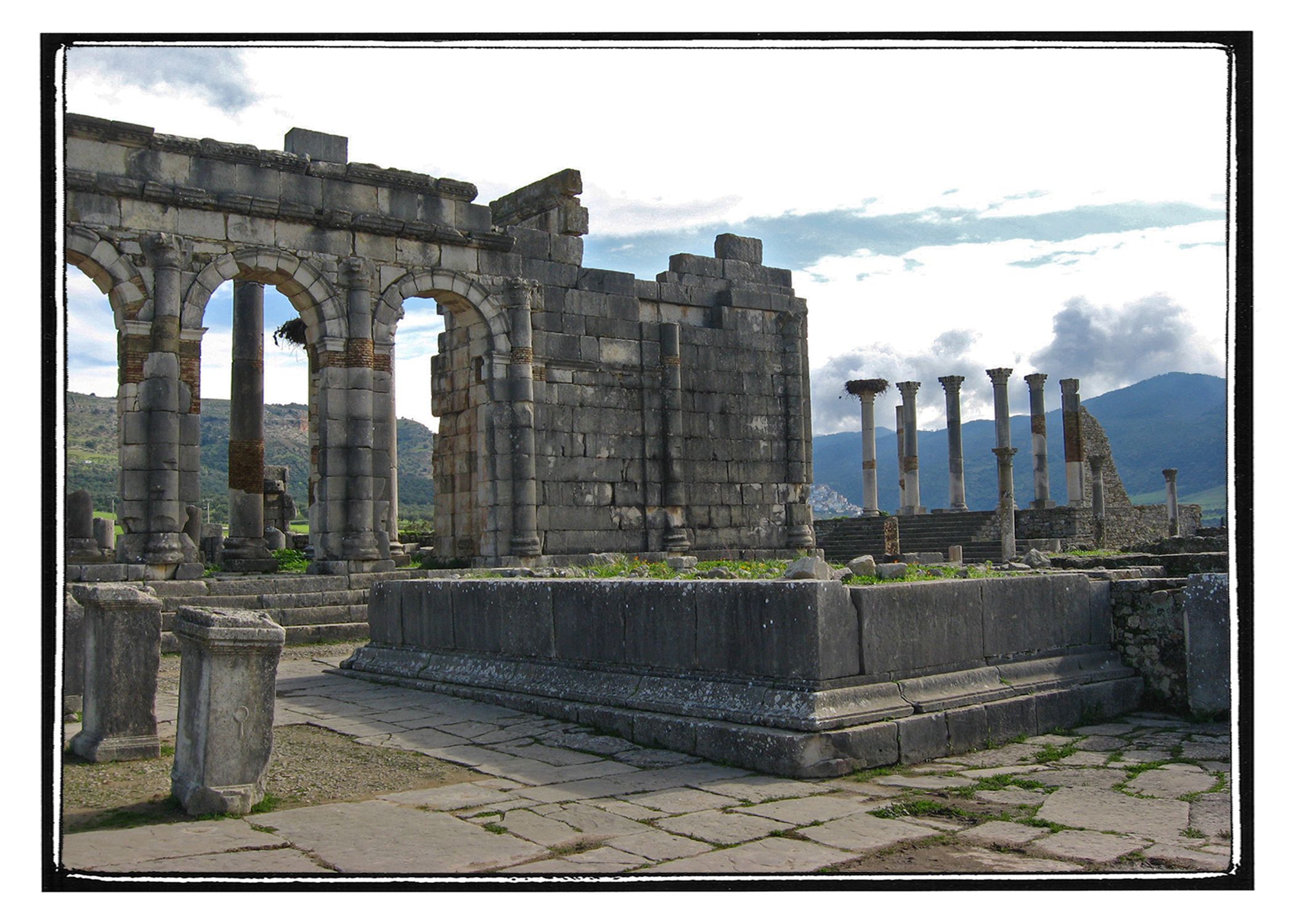 Near the beautiful archeological site of Volubilis and the ancient town of Moulay Idris, lies the breathtaking city of Meknes. The Historical City of Meknes was listed as a UNESCO World Heritage Site in Morocco in the year 1996. This is a city that is steeped in history and anyone who visits the city can feel the presence of the inhabitants of the past. Although some of the buildings have been restored, it looks as if the constructors of the city walked out yesterday.

The city’s name, Meknes, is derived from the Miknasa, which was a Berber tribe. Roman communities inhabited this region in 117AD and the earliest history of the tribes that settled in this site date back to the eighth century. The Miknasa established a town here in the tenth century from where the fortified city grew in leaps and bounds.

The doors to the city are massive and very intimidating. Known as “Bab el Mansour”, its columns were looted from the Volubilis archeological site and they definitely instill a feeling of anticipation and excitement when standing before them. Sultan Moulay Ismail founded the historical city of Meknes in the eleventh century as a military settlement for the Almoravids. He fortified the city with staggeringly high walls that are triple tiered and seem to carry on for miles. The narrow maze of cobblestone streets, endless stores and bustling street vendors, create a very authentic atmosphere within the city.

Visitors will be amazed at the well preserved European and Islamic architectural styles from the seventeenth century that are easily found in the city. The son of Saltan Moulay Ismail destroyed parts of the city in rebellion and the ruins add to the rich history of the city. Some of the buildings have been restored and guests can look forward to visiting the Great Mosque, the Great Mosque Tower, the Royal Palace and the Moulay Ismail Mausoleum.

This magnificent World Heritage Site in Morocco is an extremely noteworthy attraction that is popular with locals and foreign visitors. The city is easily accessible from destinations such as Rabat and Fez and is a significant historical monument to inhabitants of the past and the communities that shaped the future.

The Great Zimbabwe National Monument and Ancient Temples of Nara