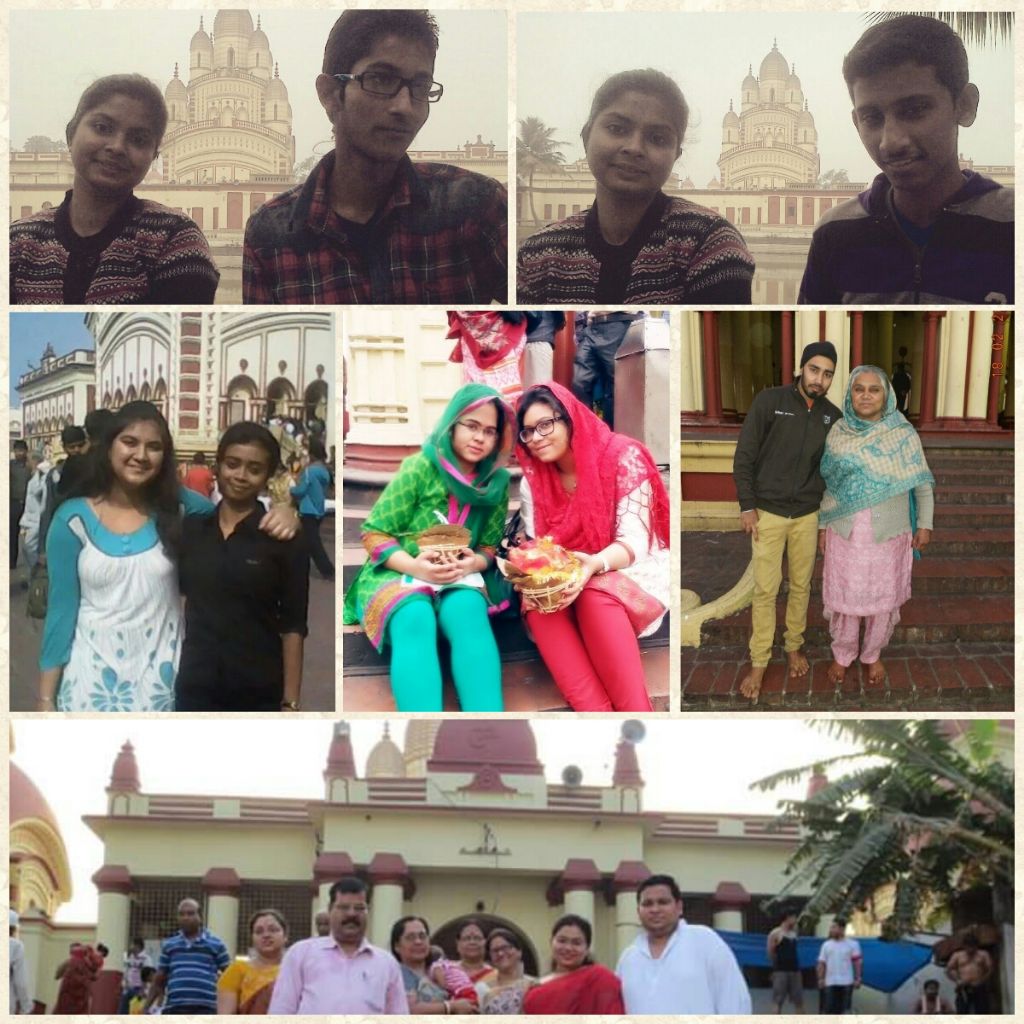 Dakshineshwar stands as a cultural heritage of Kolkata and for the people living in Kolkata, spreading awareness of my culture and hertiage among others was a valuable opportunity that the go UNESCO provided me with. There were some time which were a little hard but everyone wholeheartedly extended their support to complete the project.

The Six people whom I nominated for completion of this project were:-

Navaneeth, Harry and I went together to Dakshineshwar and had a lot of fun. Harry’s interest were more on the architecture of the the temple and the beautiful ghats of ganges while Navaneeth was more happy to see the peaceful environment along with sounds of bhajans. The most thing that brought them to Dakshineswar was the spacious area on which the temple is created on 22 acres of land. No other temple in Kolkata is constructed on such a spacious land. We three also travelled in ferry  and reached Adhyapith a temple nearby where we can reach by boat.

Puja stays around 20 km away from the temple, she had visited it in normal days but when Itold her about the Kalpataru Utsav and the auspiciousness of that Utsav and the blessing of Sri Ramakrishna Paramahasa on that Utsav she was very excited to go and she also took a cousin of hers. They both had a memorable trip with thousands of other devotees going to get the blessings. They also tried the road side foods and enjoyed their trip.

Gurdish loves the Dakshineshwar Kali temple because of the calm and a peaceful avatar of Goddess Kali is what attracts him the most unlike other Kali idols where the idol depicts the goddess in more fierce full nature. Gurdish not only went himself but also took his aunt and cousin who came to Kolkata from Punjab.

Debolina is a college friend of mine and she was accompanied by our college junior. They had gone to temple in very small age and when i told them about dakshineshwar they were more than happy to travel and get blessings of goddess. They made it a point to visit on Tuesday which is considered to be auspicious in bengali’s they offered the puja, listened to bhajans and they also travelled in ferry and had a blast by going there.

Annanya who is my best friend got married recently and when she heard of the program she went with whole of her family to the temple as their was no better way of starting a new life with the blessings of Kali. Their family not only enjoyed the trip but returned with full self satisfaction. They enjoyed a good meal available on the road to Dakshineshwar.

All of them who became a part of this program not only enjoyed this opportunity but also were more than happy to get the blessings. This task brought a new ray of hope among all, for their own culture and heritage.

Fun with Friends at Jamali Kamali

Visiting Churches in Pondicherry with Friends