A walk through the red walls of city’s history

Proof by
Nipun Jain
Proof for
WHS - Red Fort Complex
Travel Date
Dec, 15 2014
One thing not miss here
sights and parathe wali gali
Stayed at
I am a local but if you want cheap accommodation you can try near New Delhi Railway Station.
Ate at
parathe wali gali 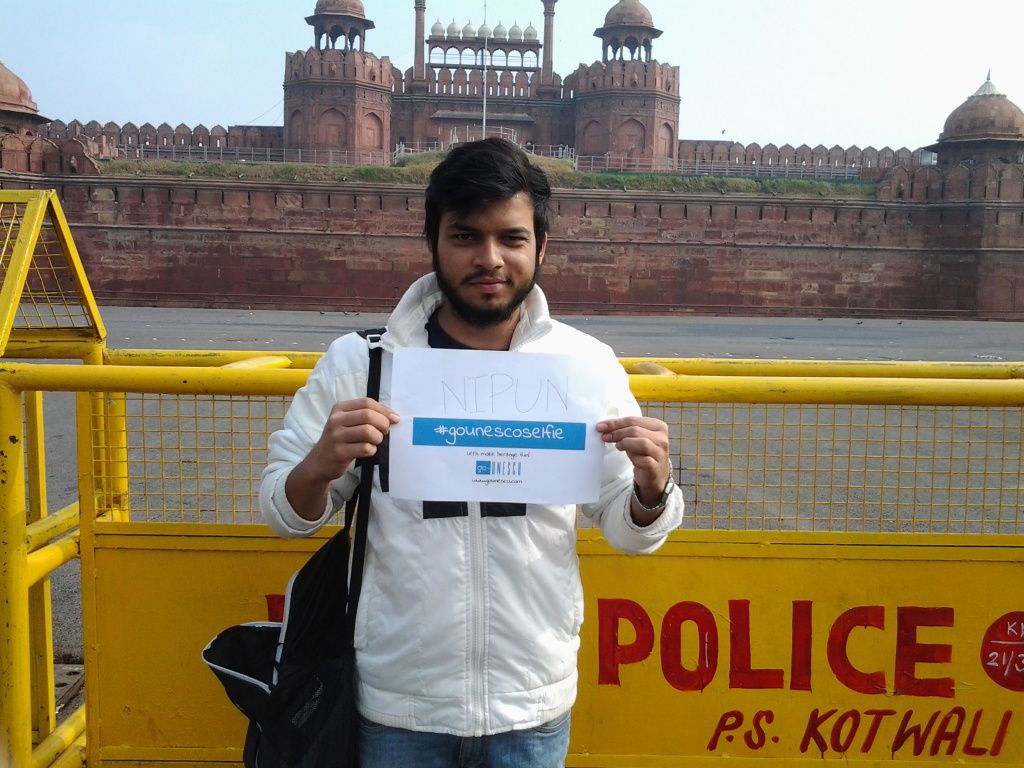 Heritage refers to anything inherited from the past. It can be natural , cultural or industrial. Do you know what is a heritage site ? Okay let me answer that question in a very simple way. Any place or location (forest, mountain, island, desert, monument etc) with any cultural or physical significance. So now you know what is heritage and what does a heritage site means. So, lets just dig deep into one of the most important monument of the Mughal era The Red Fort. This beautiful monument was buit in the 17th century by the 5th ruler of the Mughals , Shahabuddin Muhammad Shah Jahan. The work of its contruction was started in the year 1638 and it took 10 years for completion. The name of this marvelous building has been derived from its red stoned walls. As the residence of the imperial family the fort was originally known as the “blessed fort” (qila-I-mubarak). Emperor Shah Jahan commissioned construction of the Red Fort in 1638, when he decided to shift his capital from Agra to Delhi. Its design is credited to architect Ustad Ahmad Lahauri, the same architect who constructed the Taj Mahal. The fort lies along the Yamuna River, which fed the moats surrounding most of the walls. Construction began in the sacred month of Muharram, on 13 May 1638.Supervised by Shah Jahan, it was completed in 1648.Unlike other Mughal forts, the Red Fort’s boundary walls are asymmetrical to contain the older Salimgarh Fort. The fortress-palace was a focal point of the medieval city of Shahjahanabad, which is present-day Old Delhi. Its planning and aesthetics represent the zenith of Mughal creativity prevailing during Shah Jahan’s reign. His successor Aurangzeb added the Pearl Mosque to the emperor’s private quarters, constructing barbicans in front of the two main gates to make the entrance to the palace more circuitous. It is one of those 1007 world heritage sites listed by UNESCO by 2014. I think now you know why is this monument a heritage site.
This is one of the biggest evidence of the remarkable achievements of the Mughals. This enormous structure occupies 256 acres of land in middle 8f the city and also in the hearts of every Delhi-ite. This monument definitely holds importance when it comes to the history of the city.The Red Fort complex as a repository of Mughal architecture and systems of planning has immense historical significance.Itshowcases the remarkable creative achievements of a momentous period in the history of India, namely the Mughal period. Its historical significance also derives from its association with emperor Shah Jahan and Bahadur Shah Zafar, both of whom made significant contributions to the socio cultural and political history of India. As a site of over two centuries of active occupation as an imperial residence, the Red Fort acquires cultural significance as it gives an insight into imperial cultural life within a large Fort complex. This is exemplified by the unique assemblage ofimperial structures, pavilions, gateways, service areas, bazaars all planned around courtyards, gardens and chowks, presenting a richly woven urban fabric. But the most important significance according to me is the shifting of the capital by then emperor Shah Jahan from Agra to Delhi. This decision not only helped the city of Delhi grow but also helped it prosper.I think it is Red Fort which helped the city bloom . Now this city is the capital of the worlds largest democracy , India.
Red Fort is pretty easy to reach from any corner of the city because of good Metro rail connectivity. The nearest metro station is chandni chowk which is hardly 5 mins walking distance from this beauty. Once you get there you can also visit Jama Masjid , lal mandir , gurudwara sheesh ganj and yes you can enjoy the world famous parathas of parathe wali gali.
Concluding my trip to red fort it has always been a beautiful experience. Watching these foreign nationals taking keen interest in Indian history , school kids hopping around the area , the youth and old talking about Indian history , families coming and clicking pictures and having fun. It is always beautiful to see this. But you know the part irrespective of anything the world gets united here.

https://www.gounesco.com/heritage/proof/walk-red-walls-citys-history/https://s3-ap-southeast-1.amazonaws.com/gounesco.com/wp-content/uploads/2014/12/17071846/nipun-red-fort-selfie-1024x768.jpghttps://s3-ap-southeast-1.amazonaws.com/gounesco.com/wp-content/uploads/2014/12/17071846/nipun-red-fort-selfie-150x150.jpg2015-12-24T15:39:52+05:30Nipun JainUncategorizednipun jain,travel,world heritage travel
What is heritage? Heritage refers to anything inherited from the past. It can be natural , cultural or industrial. Do you know what is a heritage site ? Okay let me answer that question in a very simple way. Any place or location (forest, mountain, island, desert, monument etc) with...
Nipun Jainnipun280493@gmail.comProof_userNyctophilic Crazy love for sports , Delhi , Bangalore and India. Music lover. Procastinator. Have faith in freindship. And yeah just remember I Love You.GoUNESCO | Go UNESCO
Categories: Uncategorized. Tags: nipun jain, travel, and world heritage travel.