The conquest of the Ganges

GangaikkondaCholapuram- Literally meaning the Chola who conquered the Ganges.

Rajendra Chola was the son of Raja Raja Cholan who built the Big Temple at Thanjavur. Amazed by the beauty and structure, Rajendra Chola decided to do a replicate at his Capital Town of Gangaikkonda cholapuram, which he had transferred from Thanjavur

The Temple, as with regard to any Chola Temple, is dedicated to Lord Shiva. The Temple is built in what is believed to be the Dravidian Style of Architecture. 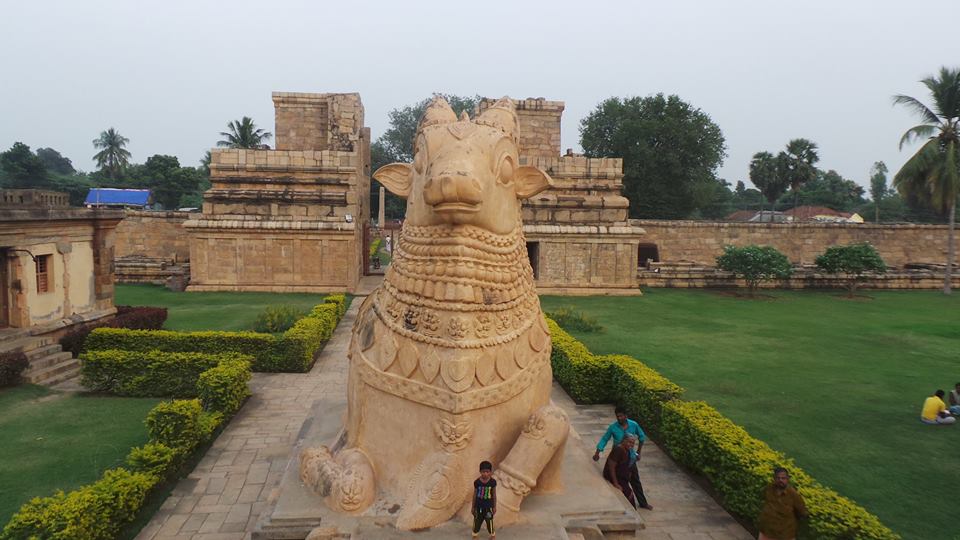 So on a fine evening from Kumbakonam, after completion of marriage, visited this place along with my parents and cousin. The Temple is located about 30 kms from Kumbakonam and about 2 kms from the Kumbakonam-Chennai highway

Arriving there at 4:30PM, there were only 2 cars including us, as it was a weekday evening (Thursday). The sun was getting down and set the pace for a well lit evening

As we passed through the gate, the Huge Nandi welcomed us. The Nandi was from the Ground and was almost to the height of the enterance of the temple which was a few steps above. The entrenace was guarded by the 2 Dwara palakas, huge in their own size. Looked like the junior king wanted to make sculptures a huge as his father.

After finishing the darshan in the temple (seemed bit spooky in the huge premises with noone else around except 4 of us). Went around and got out of the enterance- the exits were in the same design as the Thanjavur Temple.

The exits were well adorned with various sculptures. Statue of Lord Shiva and consort Devi Parvathi by his side with Lord occupying a major space on pedestal, tying a knot around the Ganga while Devi adjusts in the available space on the pedestal. The presence of a huge statue of Nataraja, the dancing form of Lord shiva attracted. 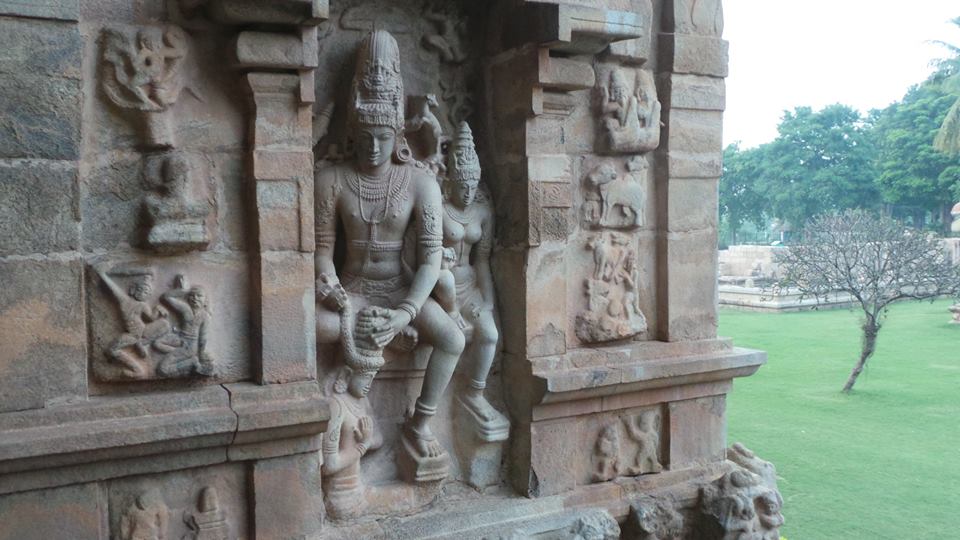 Among the sculptures was the idol regularly seen in any Chola temple- the imaginary animal “Yazhini” similar to Unicorn. However there were 2 types- Gaja Yazhini (Elephant) and Simha Yazhini (Lion)- We got to see the Simha Yaazhini in major in this temple

As we walked around the Temple, we saw that some of the structures yet seemed unfinished. May be a war erupted forcing them to stop, or the portions were lost in invasion, with invaders hunting for any valuables around

After Photographing the various aspects, saw we had spent close to 60 minutes at the site. The sun was down now and the orange colour filled its last moments. After having a small rest in the lawn, we left. 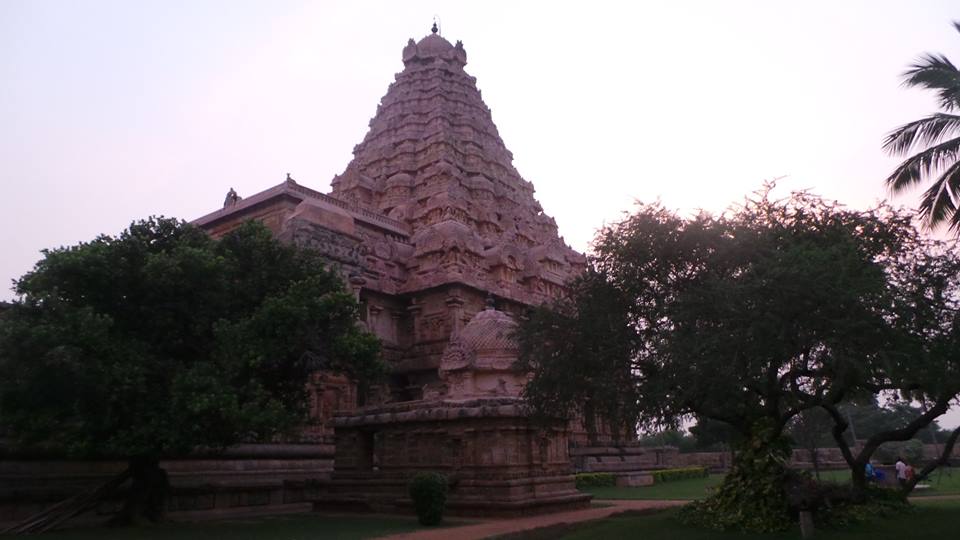 https://www.gounesco.com/heritage/proof/the-conquest-of-the-ganges/https://s3-ap-southeast-1.amazonaws.com/gounesco.com/wp-content/uploads/2017/09/26181839/Nandi-Gangaikondacholapuram.jpghttps://s3-ap-southeast-1.amazonaws.com/gounesco.com/wp-content/uploads/2017/09/26181839/Nandi-Gangaikondacholapuram-150x150.jpg2017-12-26T18:22:05+05:30Siddharth SGangaikkondacholapuram,Siddharth S,travel,world heritage travel
GangaikkondaCholapuram- Literally meaning the Chola who conquered the Ganges. Rajendra Chola of the Chola Dynasty was one of the earliest warriors who conquered the territories all the way till the Ganges. Hence, he was called as Gangaikkondan or the person who conquered the Ganges   Rajendra Chola was the son of Raja...
siddhu87in@yahoo.co.inProof_userGoUNESCO | Go UNESCO
Tags: Gangaikkondacholapuram, Siddharth S, travel, and world heritage travel.