During the #makeheritagefun event, on 12th June 2016, I decided to visit the Residences of the Royal House of Savoy.

The Royal Residences are a complex of buildings which includes the Command Area, the country residences and the hunting lodges, in Turin and its surroundings (North-West of Italy).

The complex of buildings was commissioned by Emmanuel-Philibert and his successors. Everything starts in 1652, when the Duke of Savoy, Emmanuel-Philibert, moved the capital of the Dukedom from Chambéry to Turin. It was the beginning of a great time for Turin, it was the beginning of a time which will last forever. Between 16th and 17th century, the Savoy Dukes commissioned a lot of buildings to the best known architects, as Castellamonte and Juvarra. They designed the most part of the Residences of the Royal House of Savoy. The aim of the commissions was to demonstrate the power of the Royal family.

The heart of the power: the Command Area.

In the centre of Turin there is the so called “Piazza Castello”, the Command Area of the Dukedom of Savoy. There are the palaces where the most influent people of the Dukedom lived.

The most beautiful and majestic palace is the Palazzo Reale. It was commissioned by Madame Cristina in 1646. The Palazzo Reale was the official Savoy house until 1865. It is a treasure chest: you can find art, architecture, portraits, frescos and more. I think that the best part is the staircase, which is called “Scalone d’Onore”. It was re-designed by Domenico Ferri in 1862. It is a monumental access to the Palazzo Reale. It celebrates Savoy dynasty, with statues and wonderful frescos, painted by Paolo Emilio Morgari. I think it is a real emblem of power: people who climb the staircase feel the power of Savoy family. 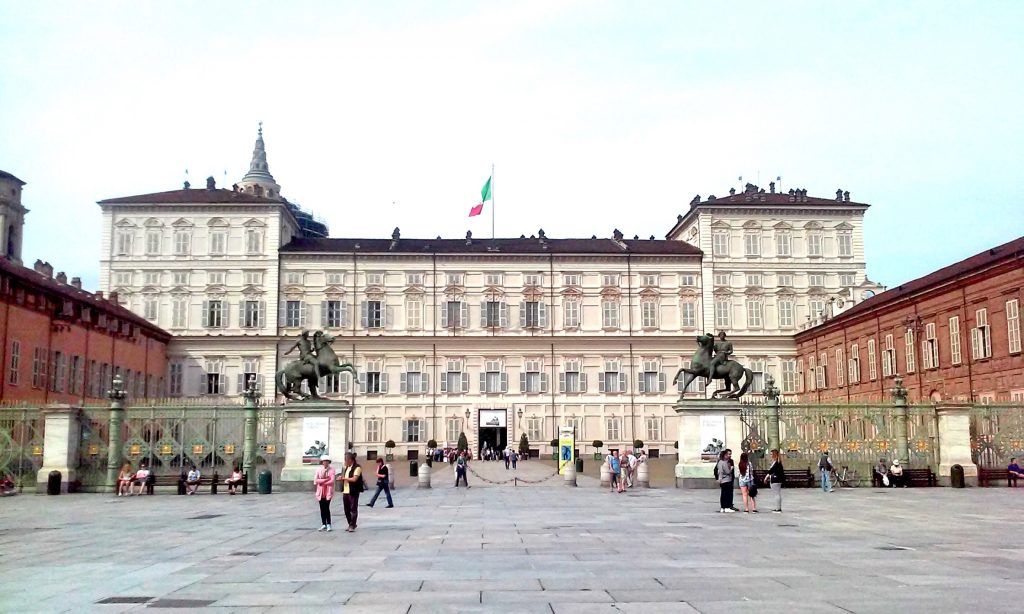 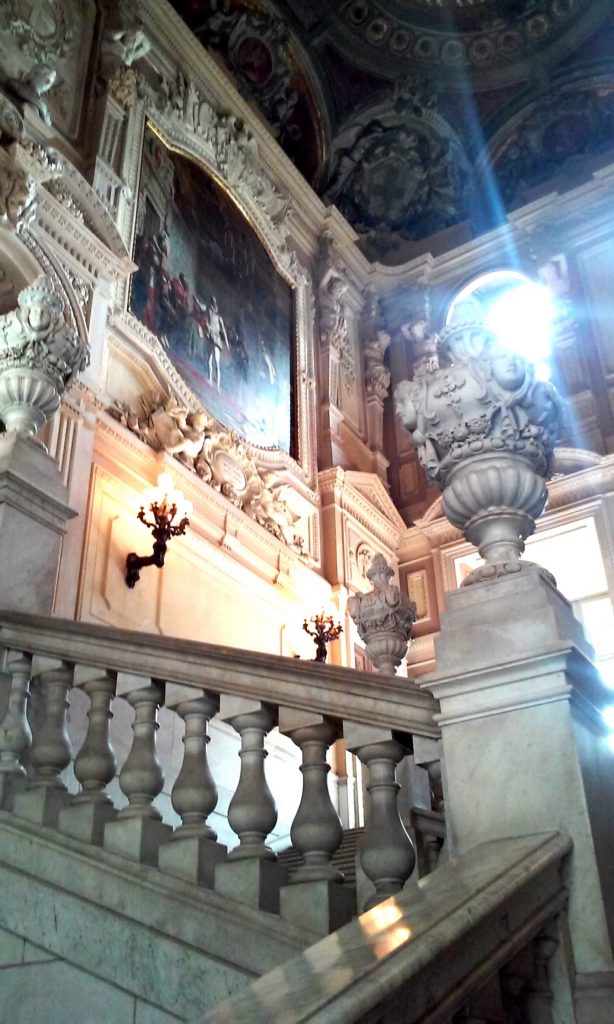 Palazzo Madama is another Palace of the Command Area. The name of the palace is linked with Madame Cristina and Madame Giovanna Battista of Savoy-Nemours. They commissioned the palace’s baroque façade and the wonderful staircase, re-designed by Juvarra. It was the first Italian Kingdom’s Senate. Its distinctive trait is the nature of the building: medieval and baroque at the same time. In fact, one of the façades is medieval, the other one is baroque. I think it is amazing: two centuries completely different  are melded together forever in the same palace. 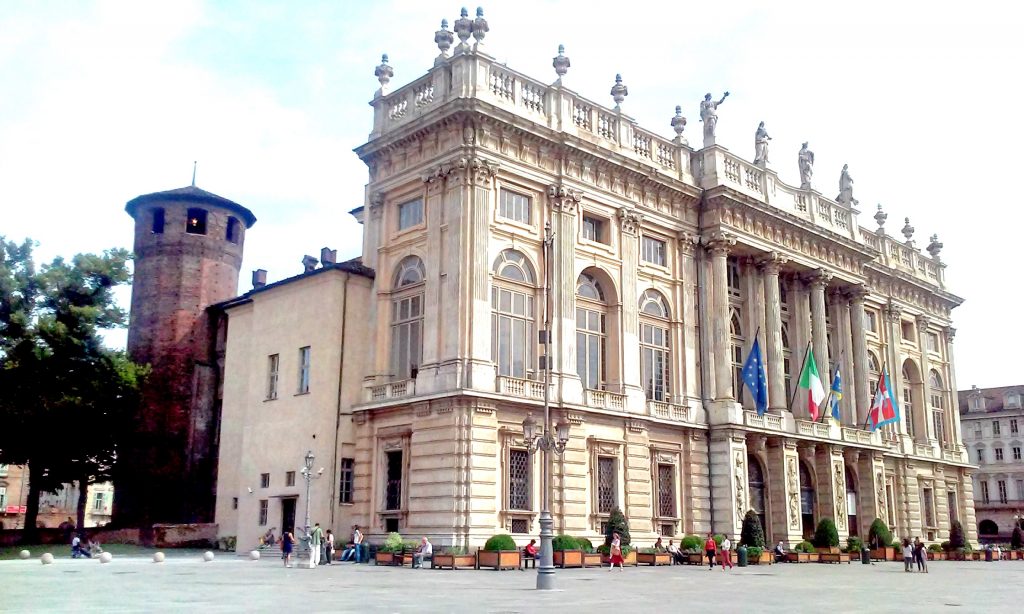 The Savoy family did not forget the amusement. For this reason, they commissioned beautiful and majestic structures to spend their free time, in Turin and in its surroundings. In Turin, the most beautiful leisure residence is the Valentino’s Castle. In the surroundings, there are a lot of hunting lodges, like in Venaria, in Stupinigi, in Mandria, in Agliè. These majestic lodges are surrounded by gardens and woods. My favourite hunting lodge is the Hunting House of Stupinigi. It was designed by Filippo Juvarra in 1729 and the first formal hunt took place in 1731. The distinctive trait is a bronze stag, seated on top of the Cupola. Nobles exclusively enjoyed the privilege of hunting. For this reason, the hunt was not only an amusement, but also a synonym of nobility. The part I prefer is the Salone d’Onore, which is a ballroom under the Cupola. When I saw it, I was  breathless. It is harmonious and balanced. In the centre of the room there is a big crystal chandelier. In the ceiling and in the wall there are frescos, painted by many decorators from Venice. All around the Hunting House there is a forest, which has been preserved since 1992. 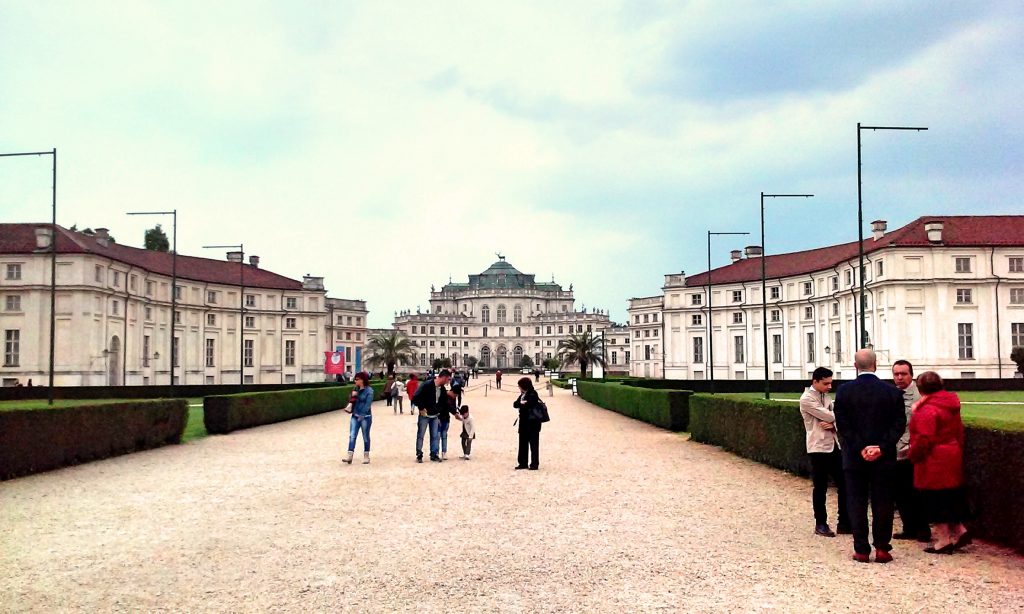 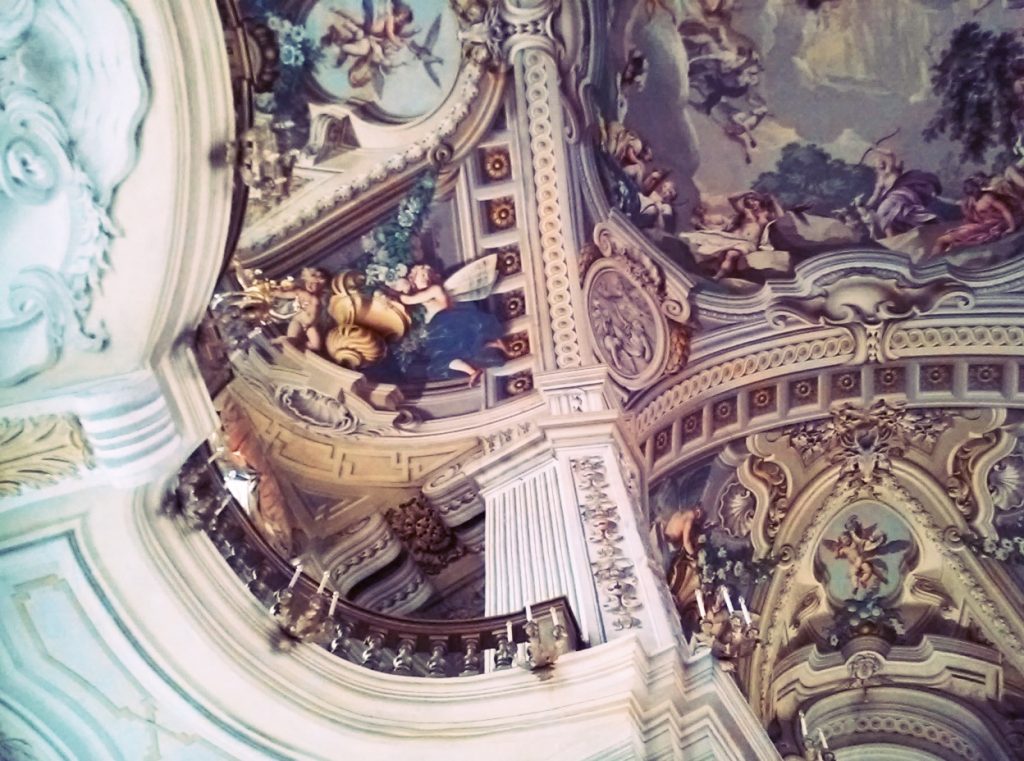 Another important country residence which captured my attention is the Reggia di Venaria, designed by Castellamonte in 1658. It is magnificent and beautiful like all the Residences of the Royal House of Savoy. I most appreciate the restoration project which started in 1997 and it was finished in 2007. The aim of the project was to re-give prestige to the Reggia, which was transformed in a military station in 19th century and then abandoned. It is the largest restoration project in Europe concerning a cultural asset. Now it is one of Italy’s five most visited cultural sites. 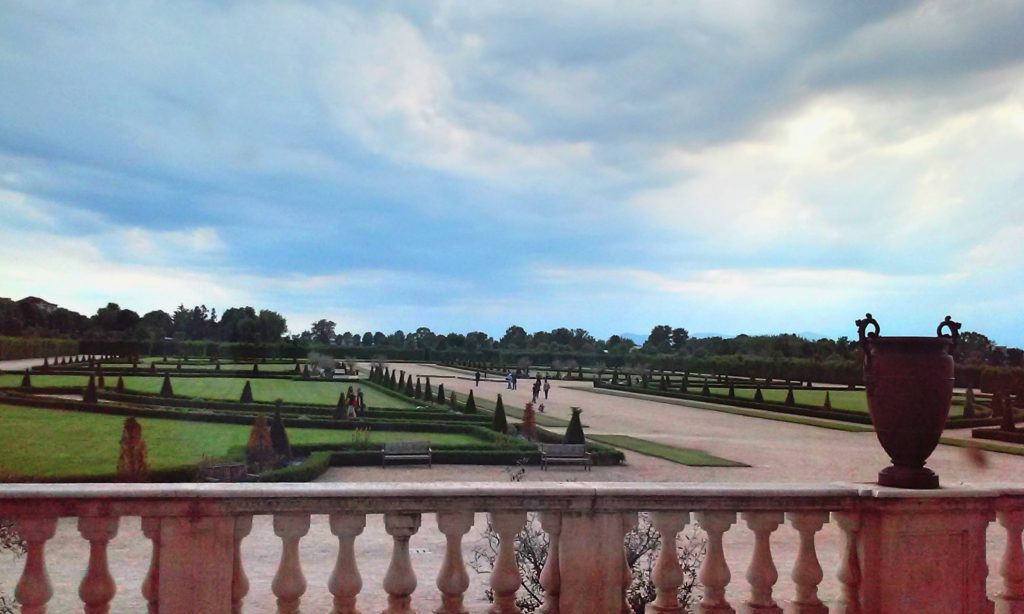 Garden of the Reggia di Venaria, Residences of the Royal House of Savoy, Venaria, Italy 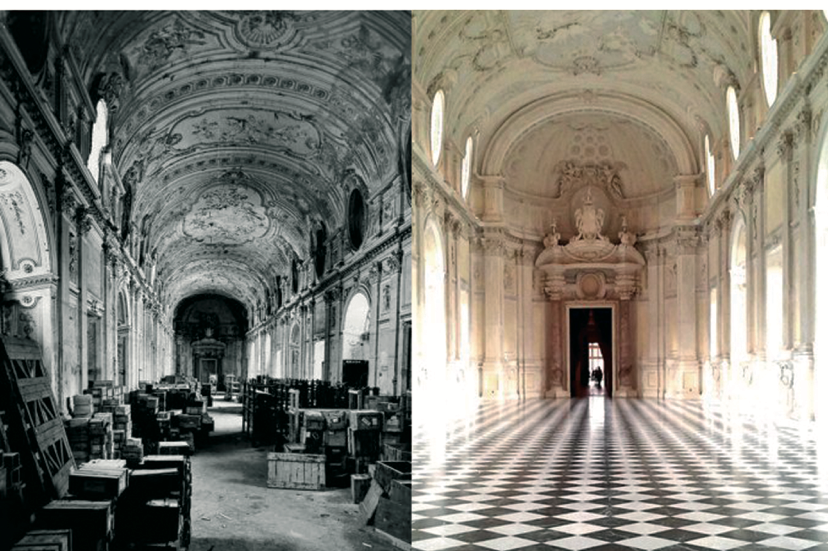 Before and after the restoration project (1997-2013), Reggia di Venaria, Residences of the Royal House of Savoy, Venaria, Italy.
Source: http://www.lavenaria.it/web/it/multimedia/fotogallery/category/45-prima-e-dopo-il-restauro.html

Other country residences are Villa della Regina, Rivoli’s Castle, Villa di Moncalieri, Racconigi’s Castle, Pollenzo’s Properties, Govone’s Castle.   In 1997, the World Heritage Commission recognized the human creative genius of artists and architects who designed these wonderful residences. Today, I am cheerful to share this real riches with you, dear reader.   Thanks to the #makeheritagefun event, I have had the opportunity to share with people all around the world an inestimable treasure, increasing my knowledge about the world heritage site I visited. At the same time, I had the opportunity to travel all around the world thanks to photos and videos taken by people who joined the event. The #makeheritagefun event is more then an ash tag event. It is an incredible opportunity to travel spending no money. I have learnt another important thing. A UNESCO heritage site is a treasure of the entire world. It does not matter the “citizenship” of the site, it is a heritage of everyone and for everyone. No one owns UNESCO, but UNESCO is made by everyone.

https://www.gounesco.com/heritage/proof/makeheritagefun-travel-italian-royal-time/https://s3-ap-southeast-1.amazonaws.com/gounesco.com/wp-content/uploads/2014/05/17204358/20160610_170424-1024x614.jpghttps://s3-ap-southeast-1.amazonaws.com/gounesco.com/wp-content/uploads/2014/05/17204358/20160610_170424-150x150.jpg2016-06-18T09:55:42+05:30Jessica ScodroUncategorizedculture,History,italy,Jessica Scodro,makeheritagefun,Royal House of Savoy,travel,unesco,World Heritage Site,world heritage travel
During the #makeheritagefun event, on 12th June 2016, I decided to visit the Residences of the Royal House of Savoy. The Royal Residences are a complex of buildings which includes the Command Area, the country residences and the hunting lodges, in Turin and its surroundings (North-West of Italy).   History The complex of...
Jessica Scodrojessica.scodro@gmail.comUserGoUNESCO | Go UNESCO
Categories: Uncategorized. Tags: culture, History, italy, Jessica Scodro, makeheritagefun, Royal House of Savoy, travel, unesco, World Heritage Site, and world heritage travel.