The Cathedral Church of Christ, Blessed Mary the Virgin and Saint Cuthbert of Durham and the Norman Chapel of Durham Castle are Norman buildings in superb condition and the cathedral presents the first evidence of pointed arch and ribbed vault architecture, which forms a beautiful ceiling.  The cathedral houses the relics of the wandering Saint Cuthbert (patron saint of Northumbria) and the venerable Saint Bede (the father of English History), which connects this Church of England church and community to the past of the North East (England).  Without the place of worship established by the Black Monks on the hill island, the City of Durham would not have existed.  After the long wanderings of monks from the Order of Saint Benedict, the trip from the Holy Island of Lindisfarne to the cathedral takes three hours by Perryman’s Bus Limited 477 then (XC Trains Limited) CrossCounty service from Glasgow Central to Plymouth (on the septenary of the boundary extension).

After knocking and rapping with the famous hagoday Sanctuary Knocker on the North Door, the cenobites would let into the grith of the church, at any hour of the night, all manner of men that had committed any great offence then tolled the Galilee Bell.  The church would provide drink, bedding and other necessities until they obtained a pardon from the prince or the prior and the convent could convey the fugitive outwith the diocese (within 37 days, after which provision of drink and other necessities ceased). 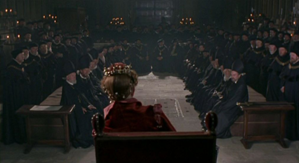 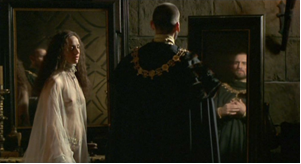 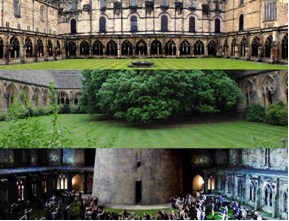 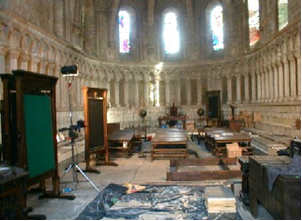 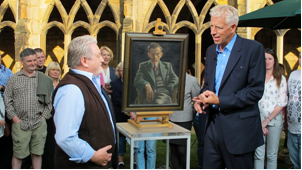 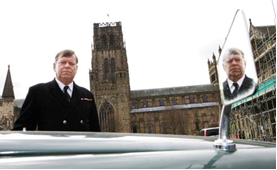 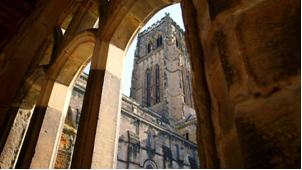 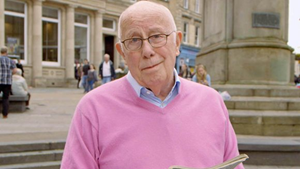 Experience with the #makeheritagefun event 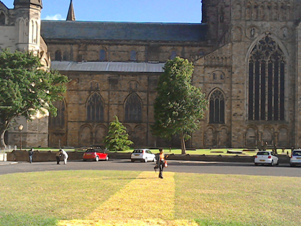 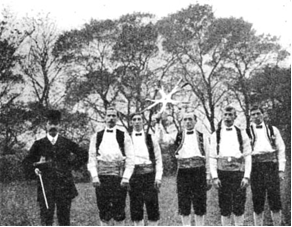 The cathedral traditionally always begins an event with a prayer.  Although there was no display of Rapper (Short) Sword dance, the sound of the organ resounded throughout Palace Green.  The custom of wearing academic dress in public places has faded.  After Summer Congregation 2015, confetti ornaments the grass at the end of the route leading to the chlorotic grass in the shape of a strip leading to a rectangle marking the former site of the marquee and carpet.  The City of Durham Christmas Festival will restore the chlorosis to the grass.  Having celebrated the quasquicentennial gala, the Durham Miners’ Gala with the banners and brass bands now brings a sense of fun and liveliness to the heritage of County Durham.

All of the buildings that surround the place have a rich history but so nearly could have had a very different story.  Despite the superficial preservation of the buildings without change, the internal structuring and significance of the building changes over time; however, the repurposing frequently maintains the core significance, with schooling continuing in Divinity House.  The #makingheritagefun event enabled sharing of the importance of the preservation of World Heritage Sites by developing awareness of some of the issues faced in Durham, which often stem from the viewshed.  The digital invasion format has the scope to create buzz that can grow exponentially. 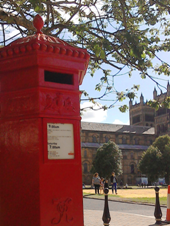 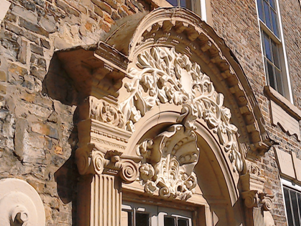 The Dun Cow (of foundational fame) surveys Dun Cow Lane from the cathedral!

https://www.gounesco.com/heritage/proof/makeheritagefun-durham/https://s3-ap-southeast-1.amazonaws.com/gounesco.com/wp-content/uploads/2015/07/03002404/The-Quad.pnghttps://s3-ap-southeast-1.amazonaws.com/gounesco.com/wp-content/uploads/2015/07/03002404/The-Quad-150x150.png2015-07-03T05:54:04+05:30R I EllisonUncategorizedR I Ellison,travel,world heritage travel
Heritage location The Cathedral Church of Christ, Blessed Mary the Virgin and Saint Cuthbert of Durham and the Norman Chapel of Durham Castle are Norman buildings in superb condition and the cathedral presents the first evidence of pointed arch and ribbed vault architecture, which forms a beautiful ceiling.  The cathedral...
r.i.ellison@durham.ac.ukProof_userGoUNESCO | Go UNESCO
Categories: Uncategorized. Tags: R I Ellison, travel, and world heritage travel.
« The Fort
Been there, done that: Taj Mahal »