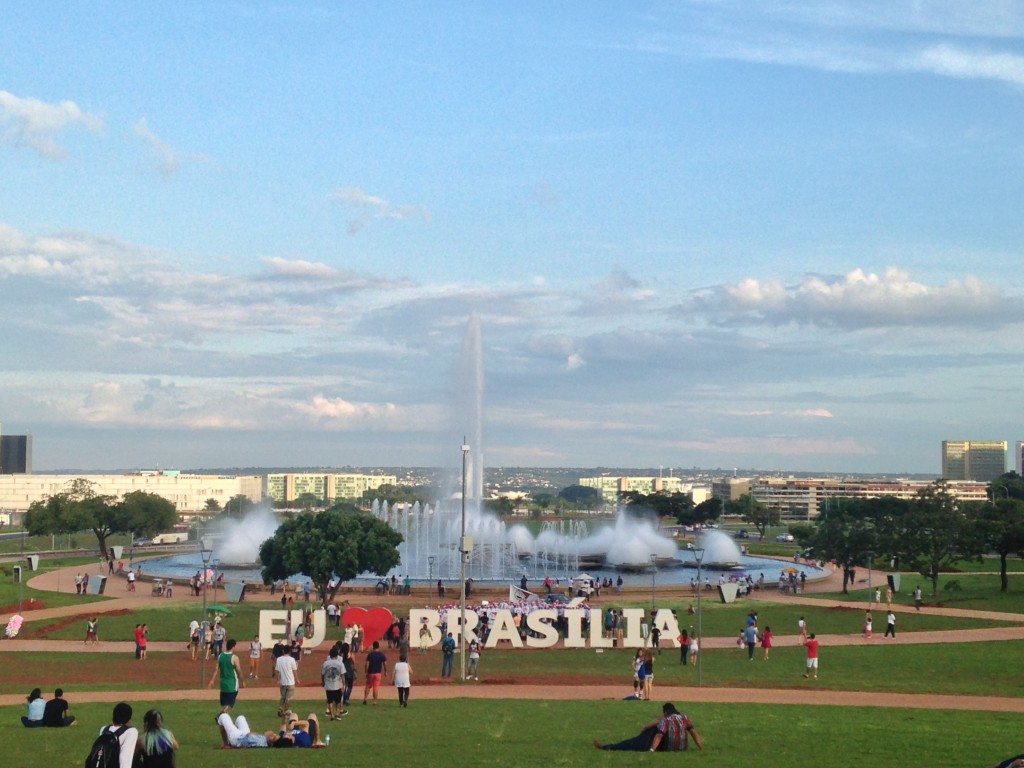 Brasilia is an utopian city and a great example of modernist style and ideology: that’s what I studied at my University.
I am a student of architecture from Italy who is doing an internship for a few months in Brasilia. The city, planned in 1957 and build on the following decades, is largely studied in architecture schools and became a must-see experience for anyone interested on the theme. 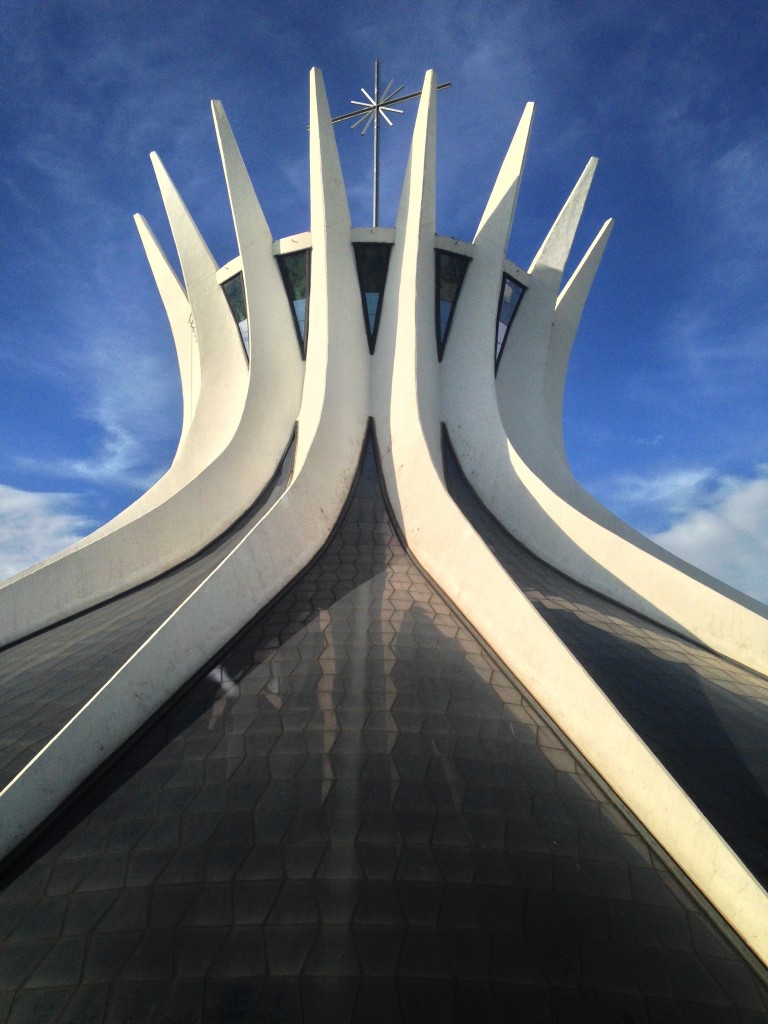 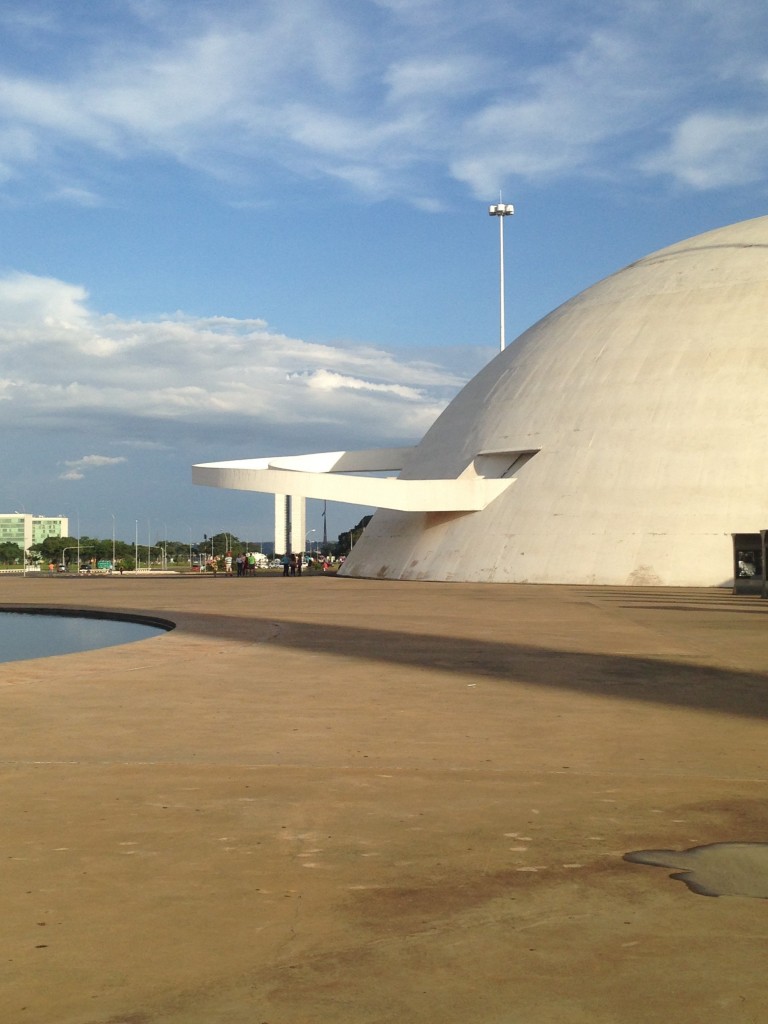 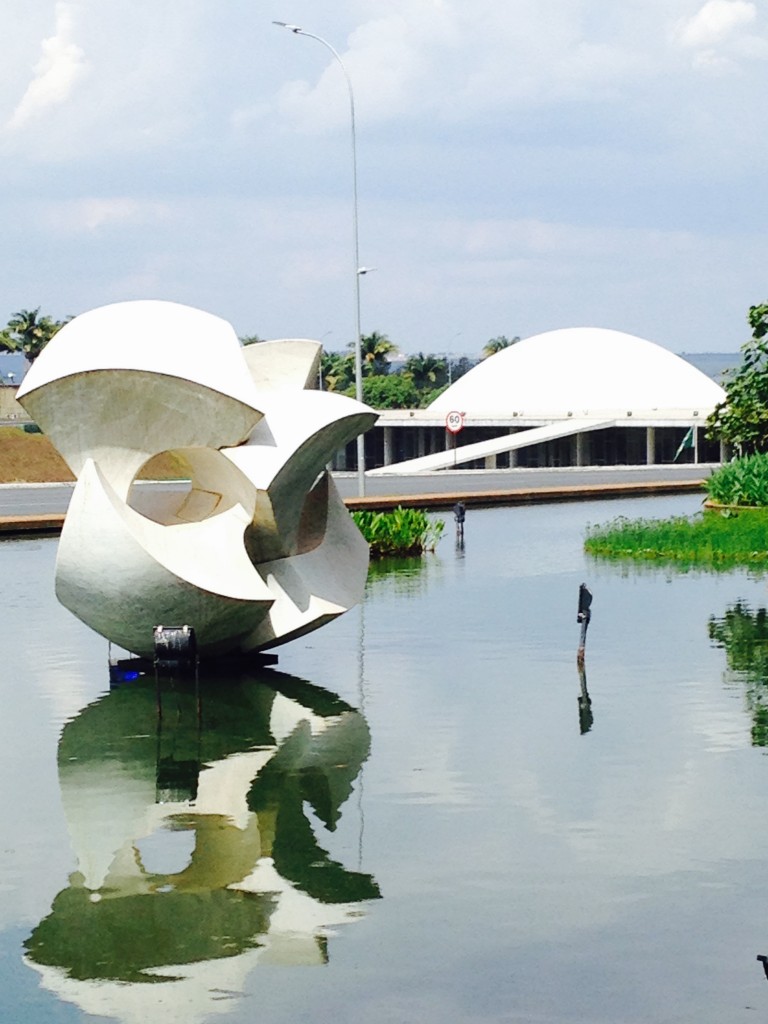 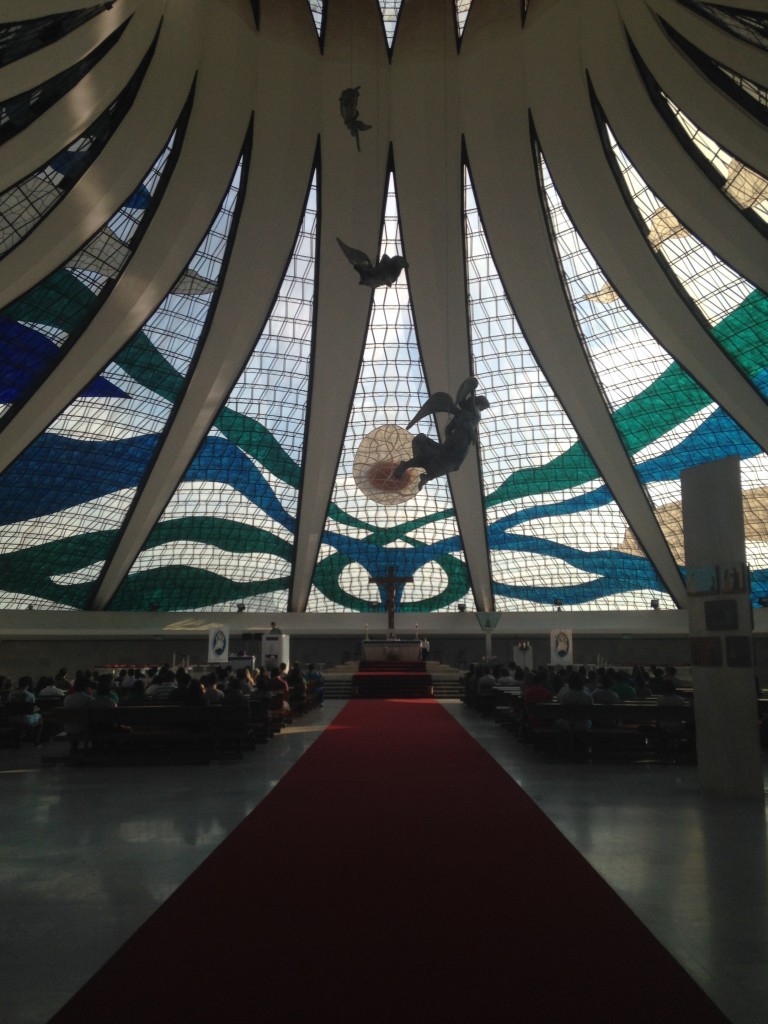 Lucio Costa conceived the city as a parabola that follows the shape of the artificial lake reminding of an airplane, or a bird, surrounded by native vegetation.
According to the principles of the complex plan, Costa though of a strict division of the functions in 4 different scales: monumental, bucolic, residential and gregarious. All the four scales include specific functions and are thought to include every need; so on the residential one, local commerce, sports, education facilities are always included and a sense of neighborhood is created thanks tho the openness of the pilotis.

On a first impression, through the eyes of an European student, Brasilia looks impressing for its big scale: large highways crosses through the city that is strictly organized. Two big axis organize the city, dividing monuments from the residential wings. Every typological unit, named superquadra, is identified by a alphanumeric code and follows a similar typology of organization. Coming from a foreign city, this organization might look alienating, but experiencing it proved to me the opposite.

Through a smaller scale, where iconic architect Oscar Niemeyer and Brule Marx cooperated, the city surprisingly reveals the joy of living in Brasilia. The large variety of vegetation allows to see the city changing thanks to multiple colors and seasonal fruits, while the iconic monuments create a suggestive scenario for the city, it is an amazing discover that you can feel through your senses. Architects carefully bring every inhabitants to experience the city designing every single detail of the built heritage and its surrounding; it is all a matter of proportion and people are part of it. This controlled density of build and green environment makes you feel the city as open and luminous, so that in popular culture Caetano Veloso sang that even the sky comes from an architect’s sketch (Céu de Brasília traço do arquiteto)

I took the occasion of GoUnesco to get to know better Brasilia on a warm Sunday and study what makes the city unique.
I choose to visit the parliament, the Itamaraty palace, the cathedral, the National museum until the tv tower. It is a great sequence of iconic modern architecture and all of these are along the monumental axis, I had to take a long walk to make it but it was worth to realize that every single one is considered as a meeting point for its inhabitants, people seat at the shadows, organize meetings and demonstration, sing and have fun.

Even if Brasilia has been longly criticized by urbanists for its design, that carries of dimensions and proportion of space more than creating proper places (Robert Hughes), I could see thanks to this walk that people use and feel the public space as their own. On the public as on the private, Brasilia’s inhabitants eat, have fun, do sports and take care of the city as it is their own property: there is a strong common sense that the heritage is a good to preserve. Brasilia was to me the proof good quality of living passes through a careful design of the city.
Brasilia – Brazil

https://www.gounesco.com/heritage/proof/brasilia-multi-scale-utopia/https://s3-ap-southeast-1.amazonaws.com/gounesco.com/wp-content/uploads/2014/05/31180120/image-e1451633797511-768x1024.jpeghttps://s3-ap-southeast-1.amazonaws.com/gounesco.com/wp-content/uploads/2014/05/31180120/image-e1451633797511-150x150.jpeg2016-01-01T13:13:38+05:30Marco NoliUncategorizedArquitecture,Brasil,Brasilia,Brazil,design,heritage,heritage site,marco noli,travel,urbanism,utopia,World Heritage Site,world heritage travel
Brasilia is an utopian city and a great example of modernist style and ideology: that's what I studied at my University. I am a student of architecture from Italy who is doing an internship for a few months in Brasilia. The city, planned in 1957 and build on the following...
Marco Nolinolima88ca@hotmail.itGcaStudent of architecture, art passionate, culture lover, world traveller. Up for networkingGoUNESCO | Go UNESCO
Categories: Uncategorized. Tags: Arquitecture, Brasil, Brasilia, Brazil, design, heritage, heritage site, marco noli, travel, urbanism, utopia, World Heritage Site, and world heritage travel.