‘A people’s relationship to their heritage is the same as the relationship of a child to its mother’ by John Henrik Clarke. I got a unique opportunity to attend #makeheritagefun event in my city , Bangalore , organised by GOUNESCO at Lal bagh in collaboration with ‘Bangalore by foot’. Any place attains fame by its heritage . Though I am a resident of Bangalore since many years , I wasn’t aware of the heritage value of Lal Bagh .This event revealed the hidden side of bangalore’s heritage. The walk began at the West gate towards Basavanagudi.

1.The Lalbagh Garden also known as red garden of Bangalore is a must-see for any tourist to this city. Large expanses of foliage, walking trails and monuments are simply mesmerising .Around every corner you’ll find heritage in the form of nature. The Lalbagh Botanical Garden, Bangalore is of royal origin and was started initially as a private garden in an area of 40 acres by Hyder Ali, one of the most famous rulers of old Mysore. the initial design was based on ‘char bagh concept ’ in Mughal style architecture .This garden was further developed by Hyder Ali’s son Tipu Sultan and subsequently by the British and Indian doyens of horticulture by extension of area and addition of a number of plant species. Today, Lal bagh is a home to 673 genera and 1,854 species of plants. The collection of the plants has made it a veritable treasure house of plants.Some of the exotic species introduced from different parts of the world.   The Glass House is the most famous. It was built in 1889 designed similar to the Crystal Palace of England, during the industrial revolution in architecture . It was intended for acclimatizing the exotic plant

specimens. Today, as the jewel of Lalbagh, it is the centre stage for holding the famous biannual flower shows around Republic day and Independence day .The Bandstand, Lecture Hall, Lalbagh House, Pigeon House, Statue of Sri Chamaraja Wodeyar, the Directorate Building, Lal bagh West Gate Guard Room, the Museum and Cottage which now house some of the department offices, main gate of Lalbagh (Cameron gate), Deer Paddock, Aquarium building, Aviary and Kempegowda Tower are other artistic structures that can be seen in Lalbagh. Lalbagh lake is an important location of interest.

From my Architectural point of view , the walk showed me beautiful Victorian style buildings that i walked by in the past but i never really saw. The intricate trellis work the monkey tops and many more interesting features that my eyes missed before . I learnt that heritage is songs, recipes, language, dances, and many other elements of who we are and how we identify ourselves, these factors are as important as historical buildings and archaeological sites. I feel closer to my city. 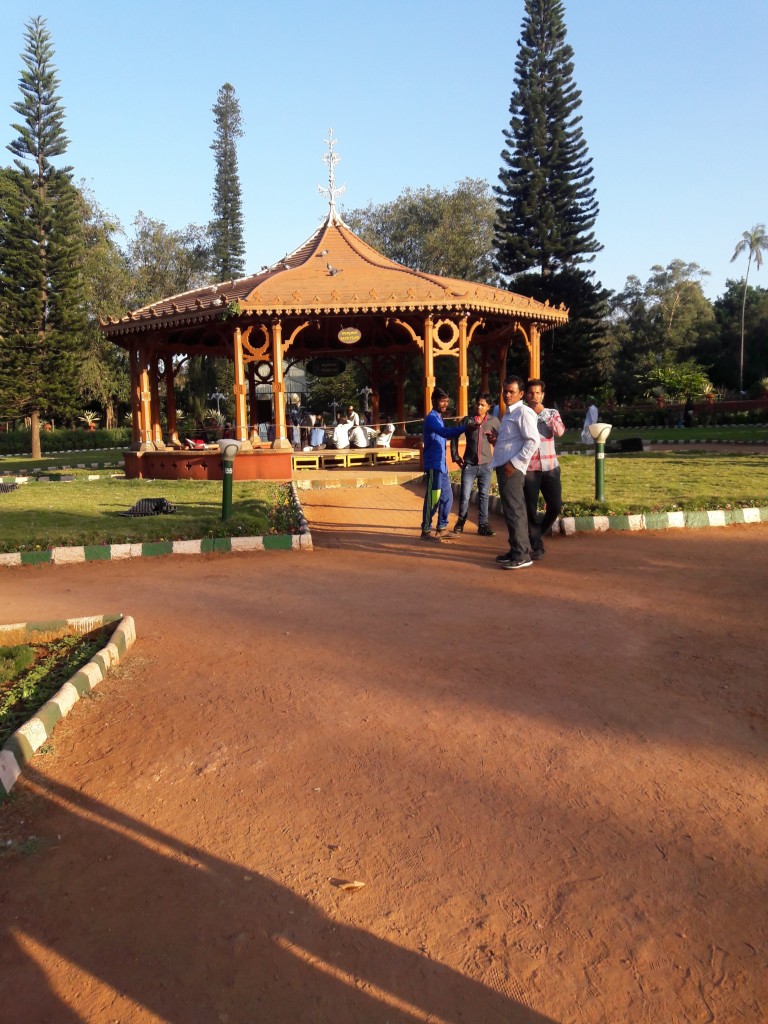 Walking through the street of history