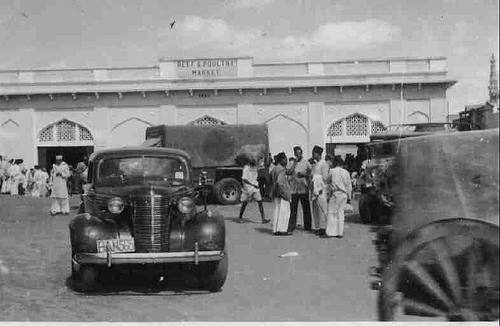 The origin of the city of Bangalore occurred as a trade centre. Kempegowda,the visionary founder of the city,established the Bangalore Pete(city) area in 1537.A.D around the mud fort.He invited traders from across the country to establish their business and make Bangalore a successful trading post.

Kempegowda’s dream took shape in the form of an oval shaped Pete area with two main streets,the Chikkapete street running east-west and the Doddapete street running north-south.The intersection of these two streets was called the Doddapete Square(now Avenue road).Four gates were erected at the four cardinal points namely Halasoor(east),Sondekoppa(west),Yelahanka(north) and Anekal(south).In order to organize the functioning of the various traders,Kempegowda came up with an ingenious idea of forming several layouts,each catering to a certain trade or profession.For example,Doddapete(Dodda means big) was for big business establishments ,Chikkapete(Chikka means small) was for small business establishments,Akkipete(Akki means rice) was for rice traders,Ragipete(Ragi means red millet) was for ragi traders,balepete (bale means bangles) was for bangle traders, Ganigarapete was for oil traders, Nagarthapete was for Gold traders, Gollarpete was for cowherds & cattle traders, Kurubarapete was for sheep traders, Thigalarapete was for farmers of Tigala community, Upparapete (Uppu means salt) was for salt traders, Aralepete (now Cottonpete) for cotton traders, Kumbarapete for pot traders and many more such petes.

An artist’s impression of the pete area(www.google.com)

The Pete area initially evolved as a pedestrian precinct with the public spaces growing into bazaar streets,temple squares and open grounds and even till today it continues to be a pedestrian bazaar with a deep network of crowded streets with a cross-cultural identity,social history and economic geography.Though the Pete area has a longer history than the British cantonment,after its establishment in 1809,the Pete area lost its importance because of the better facilities such as wider roads and drainage systems in the cantonment area and the city was divided into the old town(Pete area) and the new town(cantonment area).

The British,after consolidating their rule in Bangalore,felt the need for a market that catered to the growing population and its needs. T B Russell ,the then municipal commissioner,initiated the construction of Russell market in 1927,which is now  a landmark market in Bangalore.He wanted to ensure that the cantonment area had a market area with the necessary supplies of meat, flowers, fruits and vegetables under one roof. The market place with brickwork of lime and mortar,roofing with corrugated aluminium sheets supported by steel girders was constructed in Indo-Sarcenic style using features of bulbous domes capped with Gothic spires from Hindu architecture and scalloped arches from Islamic architecture.

In the lines of Russell market,the Krishna Rajendra market(K.R.Market or City market) was established in 1928 in an area which acted as a buffer zone(earlier a battlefield) between the native town and the fort area.There used to be an extensive platform known as Siddikatte where vendors from the nearby village sold their produce and this area soon developed into a huge market place.

Another such market that came into existence was the Johnson market at Richmond road in 1929.It was often referred to as Russell market’s poor cousin.It was formerly called as Richmond town market as it catered to that locality and was renamed after a British civil servant.The land on which the market sits belonged to Aga Ali Asker,a rich businessman from Persia,who is said to have donated the plot for the market.Apart from being a trading centre,this market also boosts of some exotic eateries like Makkah café famous  for tea,Fanoos and Madeena stores famous for samosas.

Another example of such market is the Murphy town market which is one of the premium meat selling markets in Bangalore.Formerly called as Knoxpet,this area was renamed as Murphy town in honour of the engineer W.H.Murphy who improved the sanitary conditions of the area by establishing underground drainage systems.

These markets have been an integral part of the city’s history and even though the city has developed into an urban metropolitan,these markets have stood the test of time and today are architectural marvels of their kind.These structures are one of the few recognised heritage sites within the city and are also bangaloreans favourite choice when it comes to shopping..!!

The Street Food Heritage Of Bengaluru