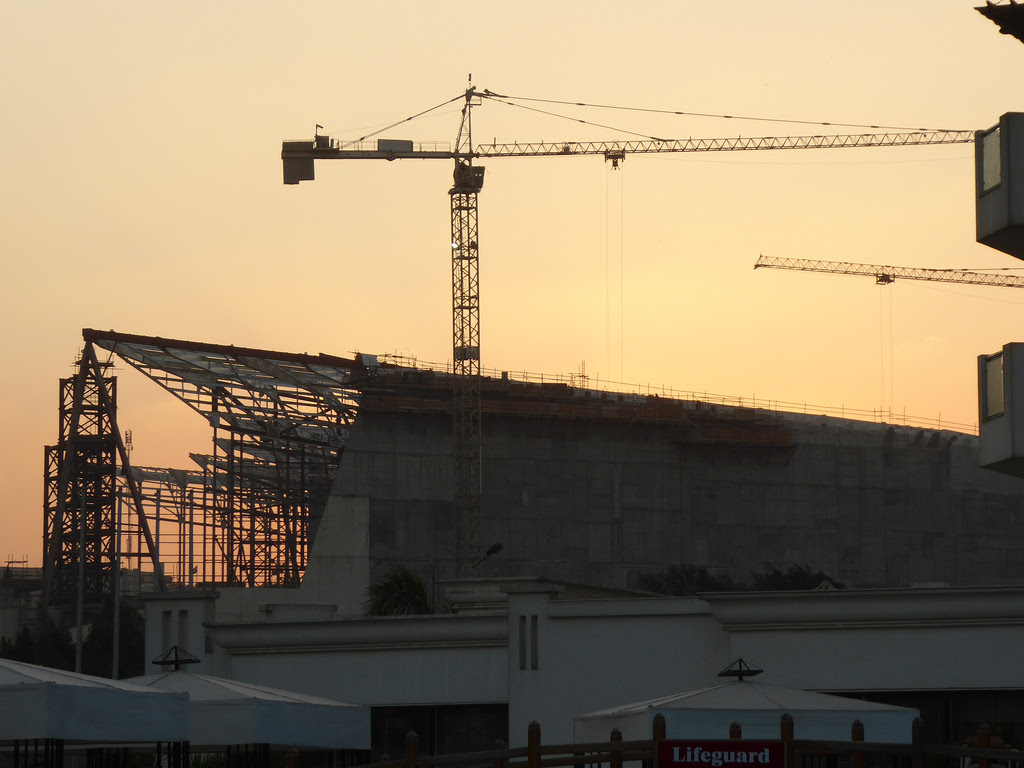 The archaeological sites around the world are threatened and affected by population growth, development, urbanization and pollution. So, in this context, several countries applying heritage site management plans in order to preserve and conserve their heritage. Al Haram street is one such tourist site in Egypt that is in dire need of the implementation of such a plan.

The Pyramids of Giza which is one of the Seven Wonders of the World and integrated in the World heritage list of UNESCO for its antiquity and the unanswered geometric, astronomical and architectural secrets . This great building is threatened by the construction of Metro Line no.4. The dangers from this, is not the route itself but the  pollution and crowd. This fourth line route is passing through Al Haram Street which is considered a touristic street with special features. Not too long ago, the pyramids were seen when you just enter the street from Giza square. But nowadays, by virtue of development and modernization, the pyramids have disappeared from immediate sight.

The metro stations attract the hawkers and illegal transportation (Toktok), which destroy the beauty and the civilized ambiance of the pyramids area.  The museum of the third millennium, the Grand Egyptian Museum and the archaeological area of Abu Rawwash to Dahshur including Saqqara and Abu Sir establish a visual relationship and formal dialogue. The site management plan should imply the path to this panorama which is Al Haram Street, be left as is!

Protection strategies not only involve conservation. One must also look at the maintenance of the ambiance of a space to elicit an ideal touristic experience. The residents of Al Haram Street like me eagerly dream of stopping or just transferring the route of the metro line to keep the distinguished features of this street as it was, to maintain its distinction as one that calls upon Egypt’s heritage at a mere glance.

The Kirike people of Nigeria