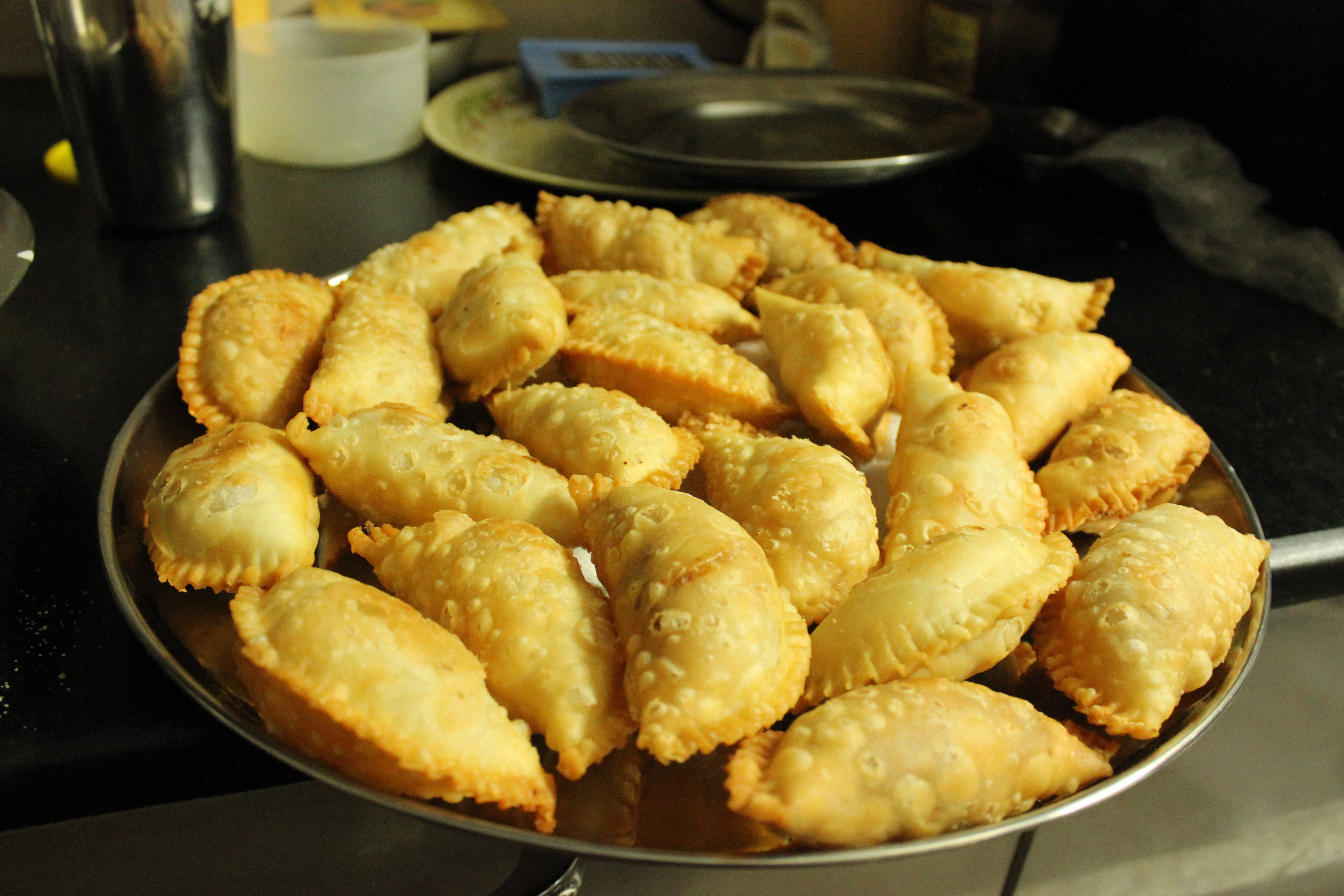 Gujia: Ask anyone who grew up in the Bundelkhand region in Rajasthan, India, what their lasting memory of all the festivals was, and the answer will this delicious dessert. It is embedded in to the festivities here in Bundelkhand that no festivities are considered such, unless it involves eating all the Gujiya you can, till you can eat no more, and then have one more!

The delicacy has transcended down generations after generations and was once said to be a part of royal kitchen before the colonial times. A traditional exercise during the festival of colors Holi, used to be going on a parade of your locality and knocking every door you can find asking for Gujiya. The process is similar to the trick o’ treat in the west, just that instead of fancy costumes you are doused in mud and soaked in colors.

The chief ingredient used in the preparation is khoya (milk thickened by heating in an open iron pan). As it is no secret that the land of Uttar Pradesh flows with rivers of milk, we have a lot of it left once we consume all we can. This is where the origin of khoya lies. Soon it was found that if milk is converted to khoya, it prevents its wastage and forms a base for a whole new family of sweets. That is how khoya found its way in to the Bundelkhandi household.

The popularity of Gujiya lies in its exquisite taste with a relatively very simple recipe of preparation. Here as can be seen in the video, we have khoya, maida (white flour), sugar, and a seed used as a dry fruit known as chironji. We’ll also need ghee to deep fry. All these ingredients are considered to be pure in Hinduism and hence Gujiya is often used as an offering to the Gods. Sometimes coconut and other dry fruits are also added (like we have) to enhance taste and richness.

The method of preparation is also relatively simple compared to other dishes. First, we take the Maida and the add to it dash of ghee, so that we have the batter ready. After this we will take a separate pan, put some khoya in it, and roast the thing till we have a tinge of brownish colour. We will allow it to cool. Now we add sugar, chironji, coconut and other dry fruits to the roasted khoya to create a filling.

Now, create a solution with a spoon of Maida and some water. This will act as a binder for the Gujiya. Now take the batter we have prepared and use to make small size crusts. Like a poori, but smaller. Now take the filling and fill it in the crust. Then using the binder close the openings. To make it clearer think of a taco, but smaller and with khoya filling inside. Just remember to fold the edges. You can use purified butter. Remember to add enough of it so that the Gujiya is completely immersed. Otherwise it will burst open. Now we will deep fry on a slim flame and thus we have ready with us, Gujiya, the festive delicacy of Bundelkhand.

The Migrant’s plate in Australia

Scotland Itinerary: The land of unicorns, bagpipes and whisky