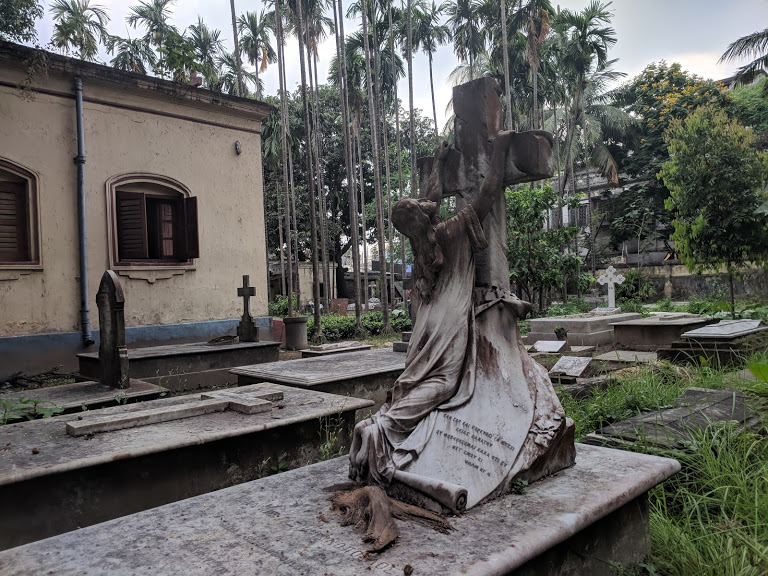 A slice of Greek history in Kolkata

Bengal’s Greek connection is more than 2000 years old as centuries ago the Greeks came here from far of land in a huge number and finally made this city home, but what now remains in the city of Kolkata is just a tattered Greek cemetery in Phool Bagan and Greek Orthodox Church in Kalighat. 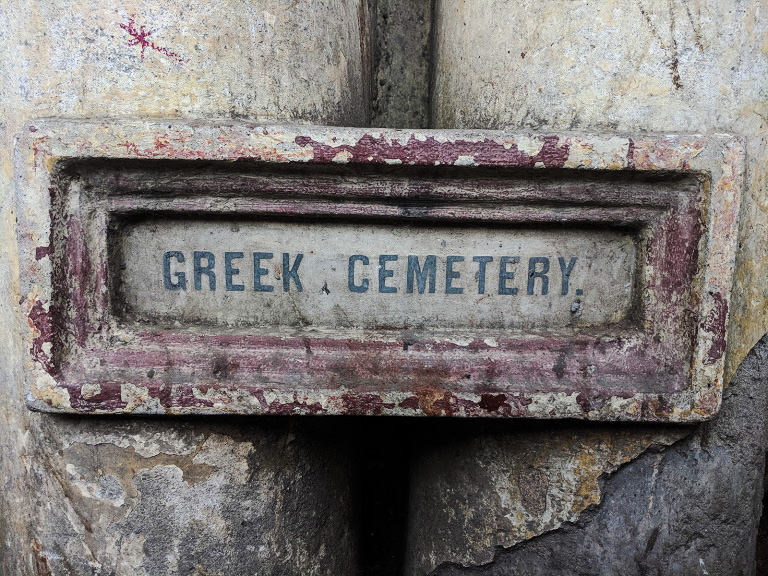 As you walk down the lanes of the metro construction at Phoolbagan a broken gate might catch your attention; that’s the Greek cemetery, it’s possible that you miss the it in the very first glance of it . It’s somewhere lost in between residential buildings. 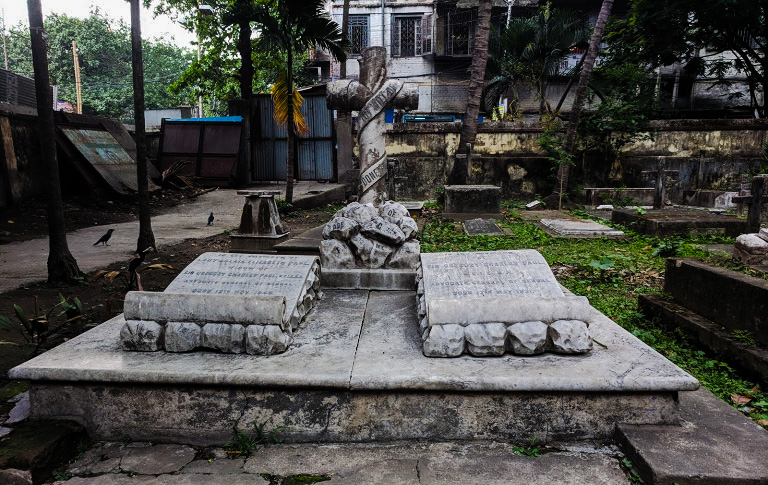 Built on 26 cottah of land, this cemetery had some 120- 150 odd graves, of which a few don’t exist anymore and most of them those exist are broken. Records suggest that burials started here since the 1800’s. Some of the graves here don’t have bodies and just have the tombstones. Reason – As the person dies somewhere far and the body was not brought back. Few of the tombstone have interesting artifacts like that of a girl in one of them who has those pensive eyes and is holding a cross close to her bosom other than that on the grave of Sir Gregory Charles Paul. Even till the end of 1980s, this cemetery was surrounded with a century old iron railing, now it’s all gone. The last burial happened in 2013. The garden area of the cemetery is more of jungle now. 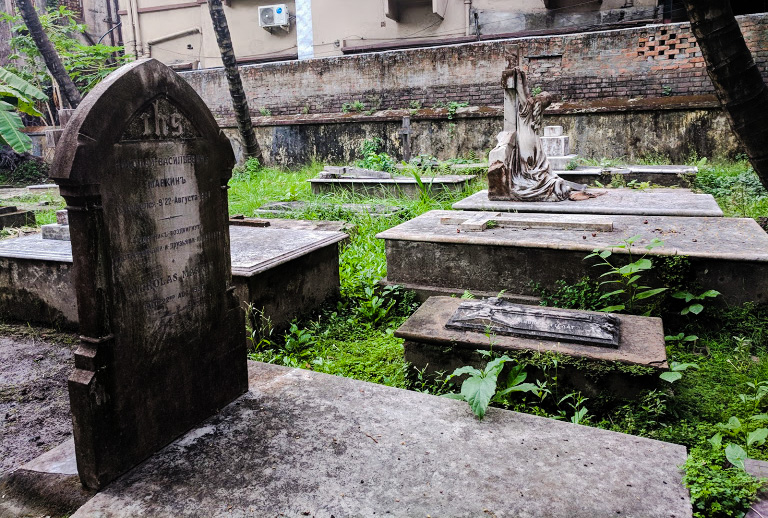 There is also a small chapel – Prophet Elias for the mourners to pray. The chapel wall is covered with stone tablets inscribed in Greek. It mentions a priest named Mavroudis Kyriakou, whose grave is also here. He died on December 10, 1973. Though being mostly dilapidated this cemetery still sees graves that will catch attention of enthusiast. 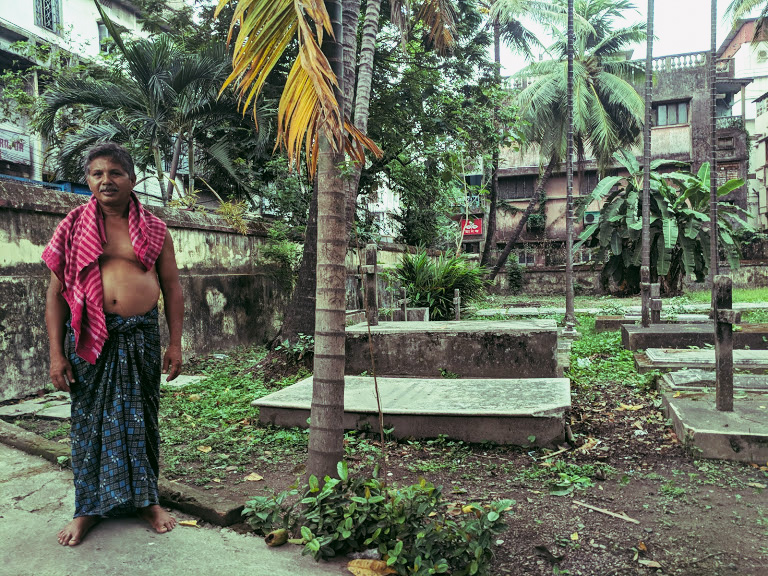 Today the cemetery is taken care by Mr. Basanta Das who hails from Paradip in Odisha who is the 3rd generation caretaker if these graves. He lives on the premises with his family.

These graves need much immediate attention and maintenance, which has been neglected for years.

The Art of Curating