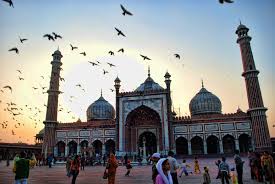 On the eve of the 1st of July, I took a flight from my hometown in Chennai to Delhi, in order to complete my third GoUNESCO challenge! I planned to cover the North India and visit all the places that I could in the span of 15 days given to me.
Airfare: Rs. 3400
Distance Covered: 2180 kms.

Delhi is an incredibly beautiful place. There is adrenaline coursing through the air. The feel of the city, the air that blew into my face and the dust and pollution that ruined my make up for the day somehow didn’t affect my mood one bit. I was excited and I was ready to take on Delhi!

I checked into Hotel Kwality, don’t go by its name, it was a quality hotel, early in the morning and caught up on the beauty sleep I had missed the night before. And since I was the only one on the trip, I didn’t really care for time.
At 10.30am, after breakfast, I took a bus to Mehrauli and walked to the Qutub Minar. It is truly a beautiful sight!
Qutub Minar originally an early Islamic Monument inscribed with Arabic inscriptions is a UNESCO WHS. Located in Delhi, the Qutb Minar is made of red sandstone and marble. The stairs of the tower has 379 steps, is 72.5 metres (237.8 ft) high, and has a base diameter of 14.3 metres, which narrows to 2.7 metres at the top. Construction was started in 1192 by Qutb-ud-din-Aibak and was carried on by his successor, Iltutmish. In 1368, Firoz Shah Tughlak constructed the fifth and the last storey. It is surrounded by several other ancient and medieval structures and ruins, collectively known as the Qutub Complex.

I spent a good three and a half hours relaxing at the Qutub, after which I had to leave because I looked a bit suspicious. The sun shines upon Delhi with a hatred not known to man, so after spending half a my day at the Qutub, I made my way back to Kwality, in hopes that tomorrow won’t be so bright. 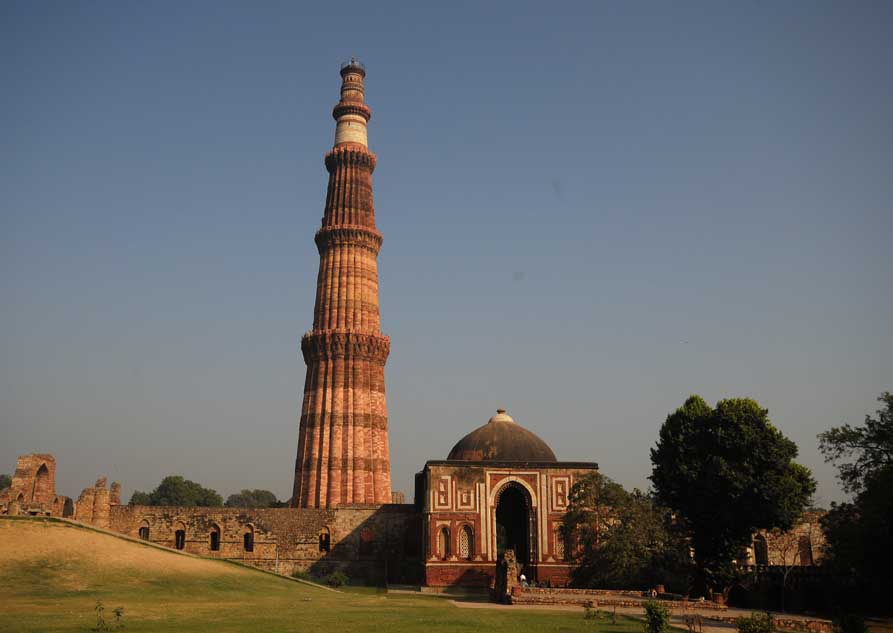 I planned to cover Old Delhi this time, and took the metro to the Red Fort. I must say, the Metro is pretty awesome, albeit crowded, but then again, which part of Delhi is not?

The Red Fort was my next stop, and was the residence of the Mughal Emperors of India for nearly 200 years, until 1857. It is located in the centre of Delhi and houses a number of museums. In addition to accommodating the emperors and their households, it was the ceremonial and political centre of Mughal government and the setting for events critically impacting the region.

Next I went to the Jama Masjid and offered my prayers. The main one of not being mugged in Delhi.

So what is coming to Delhi and not going to Chandni Chowk? Chandni Chowk in one word is overwhelming. How people manage to walk, ride their bicycles, ride their bikes, drive their cars and their rickshaws in that tiny stretch of road is beyond me. And I was getting hungry so I stopped by Gali Parathe Wali and treated myself to some lovely Aloo Paratha and Aam ka achaar. Also, on the list was getting Karachi Halwa for my dad from Chaina Ram Sindhi Halwai(no expenses, since the father pre-paid for this).

Being sated, and much too lazy to walk, I took an auto back to Kwality and retired for the day.

Taking a bus via the Yamuna Expressway, I made my way to Agra. I have been to Agra once before so I knew the place pretty well.

So I covered the Taj Mahal, Agra Fort, Fatehpur Sikri, Jama Masjid and Moti Masjid. Not to forget, a Kachori wala a little away from the Taj, who also made the best Jalebis I had in a very, very long time. 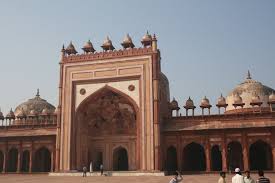 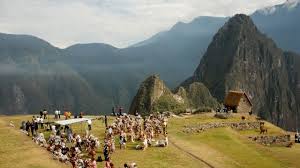 July 4: Back to Delhi

Since I was travelling to Rajasthan on this night, I decided to give my self the day off. I did a little bit of shopping towards the evening and ended it by treating myself(again) to dinner at the Gali Parathe Wali. This time for some Gobi ke Parathe.

After checking out of Kwality, I made my way to the Train Station to catch my train to Jaipur, and spent the night in the train.

I have relatives in Jaipur who picked me up, so there was next to no expenses in Jaipur. This is something i am immensely proud of.
So after a day of catching up with the  cousins, eating my Aunt’s Dal Bhati Churma, and sleeping in a familiar bed, I decided to take my cousins along with me, mostly to save on expenses, to the WHS I was visiting in Jaipur.

A reason I didn’t visit the Jantar Mantar in Delhi was that I knew I was coming to Jaipur and I could visit it here. The Jantar Mantar is a collection of architectural astronomical instruments, built by Sawai Jai Singh who was a Rajput king. The title of (King) and Sawai was bestowed on him by Emperor Mohammad Shah. Jai Singh II of Amber built his new capital of Jaipur between 1727 and 1734. It is also located in Ujjain and Mathura. It is modeled after the one that he had built at Delhi. He had constructed a total of five such facilities at different locations, including the ones at Delhi and Jaipur. The Jaipur observatory is the largest and best preserved of these. It has been inscribed on the World Heritage List as “an expression of the astronomical skills and cosmological concepts of the court of a scholarly prince at the end of the Mughal period”.

After this we went to Hawa Mahal, which was windy. Also, it was so much bigger than what I had imagines it to be!

Next to the Birla Mandir and then we were back home. 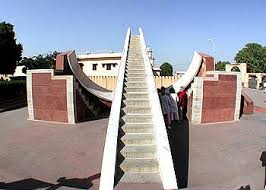 The forts are mainly based in the Aravalli Range and were built between the 5th and 17th-18th centuries AD.

The cousins, being surprisingly sweet booked a room at the Hill Fort Kesroli Resort, where we stayed for two nights after which we drove back to Jaipur. 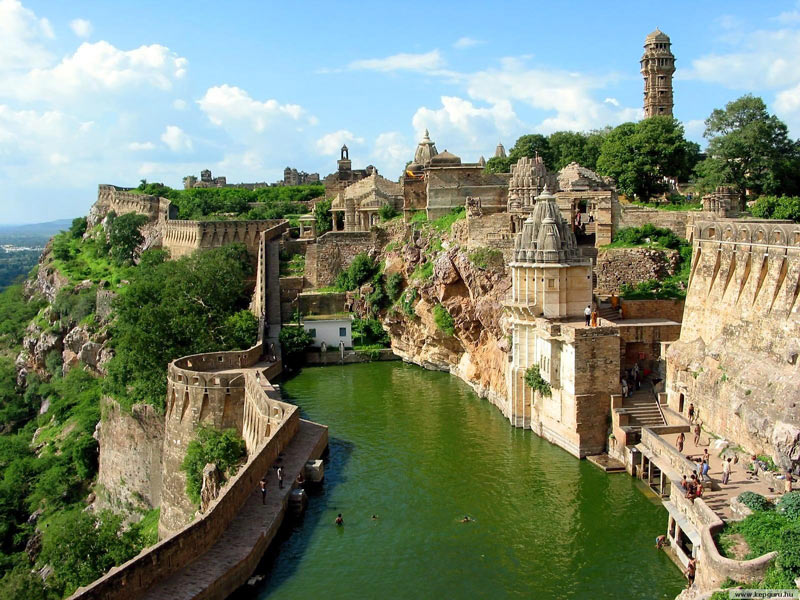 After a stay at Delhi and Jaipur, I was put on a train back to Chennai, the Jaipur Express.

I was back the previous afternoon, so I caught up with my parents telling them everything that I had done on the trip.

Chennai is my home. And since I was on my travel high, I decided not to waste the opportunity to run off to Mahabs. Group of monuments at Mahabalipuram, is a monument complex on the Coromandel Coast of the Bay of Bengal. With approximately 40 sanctuaries, including the largest open-air relief in the world, Mahabalipuram gained UNESCO WHS distinction in 1984. These include the Pancha Rathas, and several cave temples, and the shore temple. 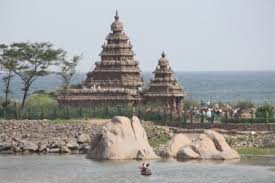 These are temples built during the Chola Period in South India. 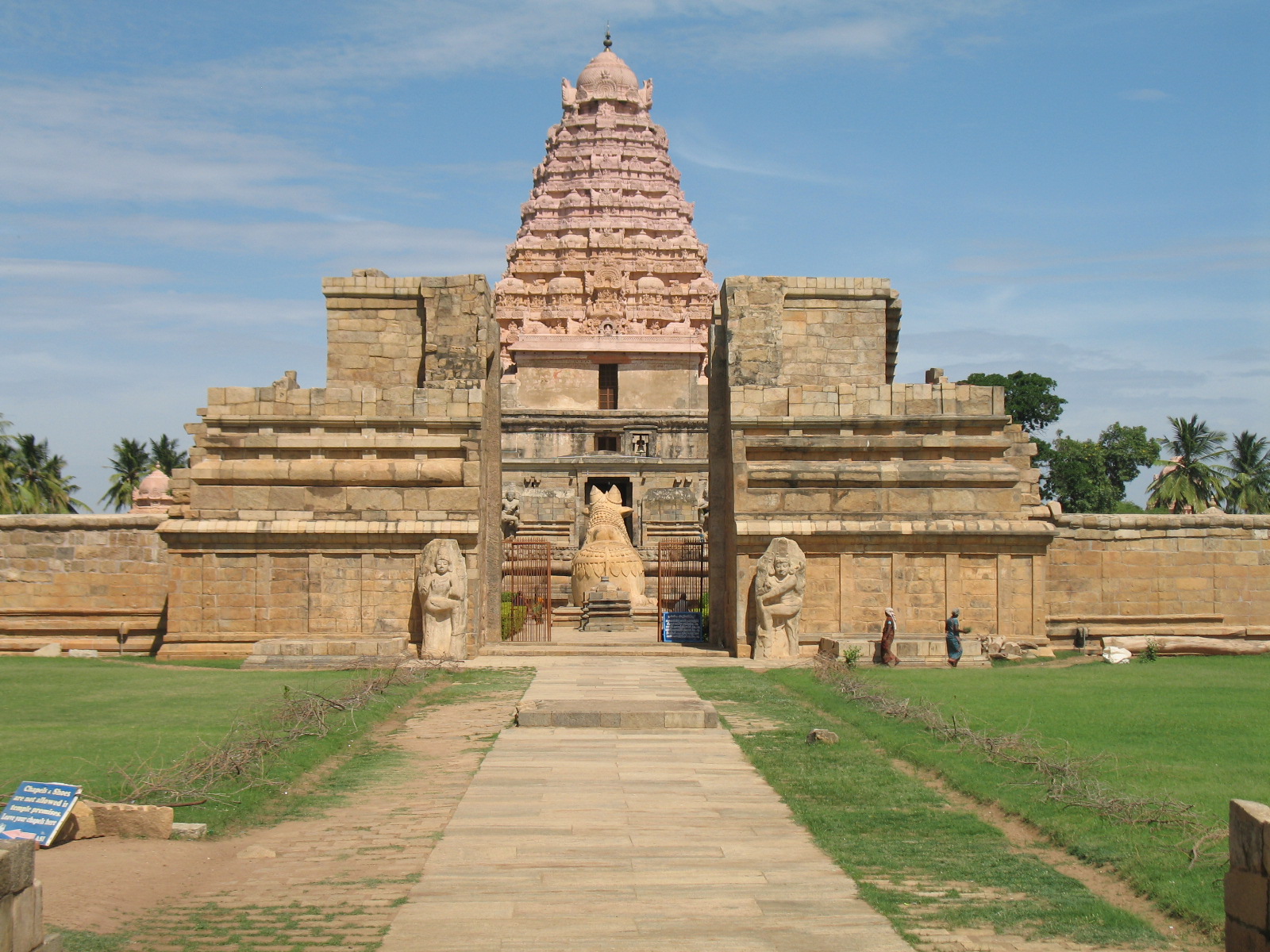