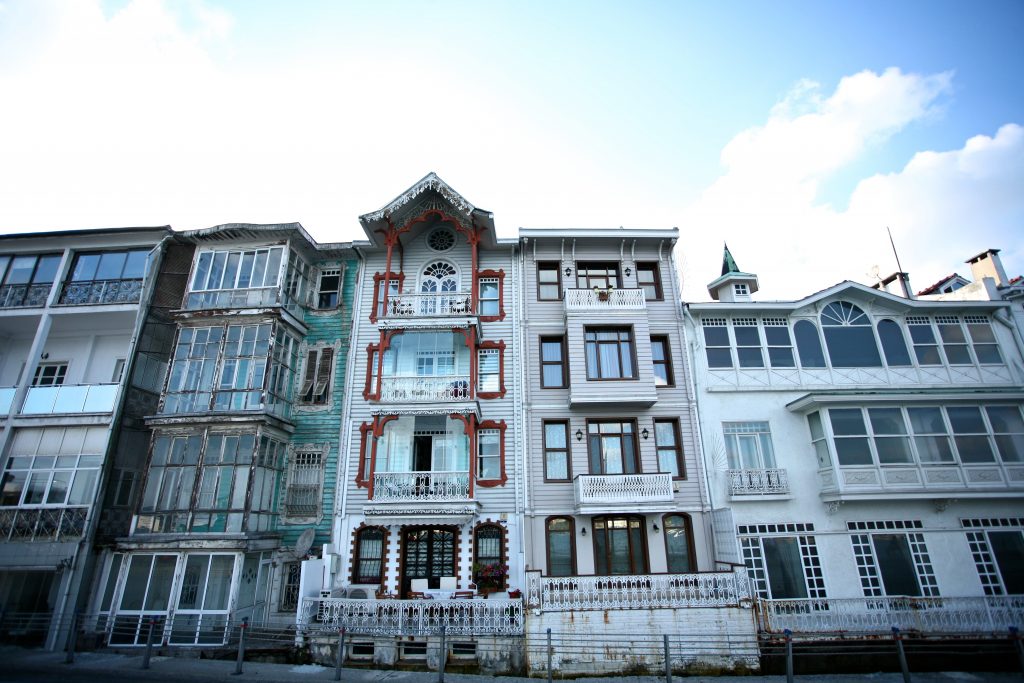 (Built vernacular heritage in disaster prone areas-Vernacular architecture in flood/earthquake prone areas tend to be designed to minimize damage and withstand such calamities to a certain extent.)

‘Vernacular architecture is an architectural style that is designed based on local needs, availability of construction materials and reflecting local traditions’.

We are all familiar with this definition of vernacular architecture. However, as much as traditional and exciting this style of architecture is, is it really safe for when the mother earth causes itself to deplete and self- destructive mode is activated?  How secure is it to live in such houses and for the people to not be scared all the time for the danger that may befall on them, regardless of all the precautions taken. Earthquake.

One such natural calamity, no one can escape. With rising global warming (as the scientists claimed), or whatsoever the reason may be, one cannot simply escape this. From the most deadly earthquake, one such incident that shook the world was the one that happened in Turkey in 1999.

The 1999 İzmit earthquake (also known as the Kocaeli, Gölcük, or Marmara earthquake) occurred on 17 August in northwestern Turkey. The shock had a moment magnitude of 7.6. The event lasted for 37 seconds, killing around 17,000 people and left approximately half a million people homeless. The failure of reinforced concrete buildings in the İzmit (Kocaeli) earthquake of 17 August 1999 and Düzce earthquake of 12 November 19992 not only forced the architects and engineers to reassess the concrete construction, but pushed a few of them to reconsider the abandoned technology and resources and the traditional Turkish architecture.

The history of anti-seismic wood construction in Turkey can only be discussed conjecturally because not a lot has been discussed on the subject. The people who lived in Turkish wooden houses back during the 17th century believe that they were safe during the earthquakes. Was it the intention of the builders who constructed Turkish wooden houses to make them seismically resistant? Let’s seek the answer to such questions. vernacular construction in Istanbul Now, many of the traditional practices may not have been conceived as earthquake resistant measures, this may be the reason as to why some of them were found inn regions with low earthquake hazards.

In vernacular architecture, the jointing system for wooden structural elements has been traditionally made through flexible joints and wedges, as they allow tightening of the joints and act as pin-joints and allow some movements within the joints. Concerning the roofs and floors to be stable enough, the vernacular style considers diaphragmatic behavior by reducing their excessive deformability, this way they are able to transfer the loads for a given direction of motion. Seismic-resistant vernacular construction usually offers a reduced number of openings in their layout. A very common vernacular practice that can be observed in very seismic prone areas like Turkey, consists of insertion of timber elements within the wall. This is known as the strengthening method, as their tensile properties enhance the bearing capacity of the building, hence, making it safe for the buildings to stand straight and lessen the damage.

By the early 17th century timber frame construction for buildings became popular in Istanbul replacing the earlier mud brick source of construction, while monuments like mosques, and palaces were constructed of stone and brick, vernacular houses were built using a stout wood frame. Two devastating earthquakes shook Istanbul in the 16th century followed by two in the 17th century and three in the 18th century Perhaps one of the reasons wood frame construction became nearly universal in Istanbul from the 17th to the 19th centuries was its seismic resistance. But as safe as it may have been in earthquakes, wood construction was not safe in fires. Huge fires swept the city in the early 19th century causing authorities to bane further wood construction unless protected by brick fire breaks. By the late 19th century multiunit brick apartment buildings were replacing traditional wooden houses. At the beginning of the 20th century reinforced concrete was introduced to İstanbul. Reinforced concrete replaced wood. Written documents describing Turkish wooden houses during earthquakes are rare but the few that survive provide enticing clues.

Turkish houses have features which unite them with anti-seismic construction easily. The most obvious is that they are made of wood. The quality of wood that it is flexible enough and doesn’t break easily and returns to its formal shape after bending ,makes it an ideal construction material during earthquake.

If wooden houses are to be built in Turkey again, how safe will they be? Wooden buildings could again become popular as an alternative to reinforced concrete. They would certainly be safer than a vast majority of present-day concrete buildings in the Istanbul metropolitan area. But reinforced concrete can be designed to be seismically resistant as well. Wood in itself does not guarantee safety. The use of wood as the dominant structural material cannot be used effectively in relation to the tremendous growth of the city, because wooden structures will be smaller than standard reinforced concrete buildings and will degrade the remaining forest cover in Turkey and add up to environmental problems.

Moreover, what is more important is that the introduction of modern technology and concrete buildings have not let in the way of the traditional architecture housing. As adopting changes is a necessity at some point, but keeping the culture intact with changing times is what counts as the newly profound and a sense of reliability in this new era.

Exploring Traditional Crafts through The Crafts Museum in Delhi