India as a diverse land of wealth, rich culture, and heritage. It has always attracted the attention of foreigners. They galloped with the intent to conquer, to plunder, to coerce, and to own all that was worth possessing. But they have not left the place without some value addition. They have added their way of life in terms of trade, lifestyle, art, and architecture which exhibits a very strong blend of Hinduism and other foreign cultures. Be it Indo-Sarcenic style or Mughal-Rajputana architecture, all culminated into a fabulous testimony of architecture.

The Rajasthani palaces: This land has always marveled and reveled on the imposing palaces and different structures like the Jantar Mantar, Dilwara temples, and the city palaces. All throughout the history of Rajputs we read about the constant rebels and mighty clashes of the Rajput forces and the then ruling Muslim empires, but it is so queer that the Hindu magnanimous palaces such as Udaipur city palace and Jaipur city palace show such perfect blend of the Persian architecture which was rightly inherited through generations of the Mughals showed its presence in the Rajputana style. Not only was the style perceived but names like Hawa Mahal and Mubarak Mahal in Jaipur resounded with Muslim denominations for its own identity. 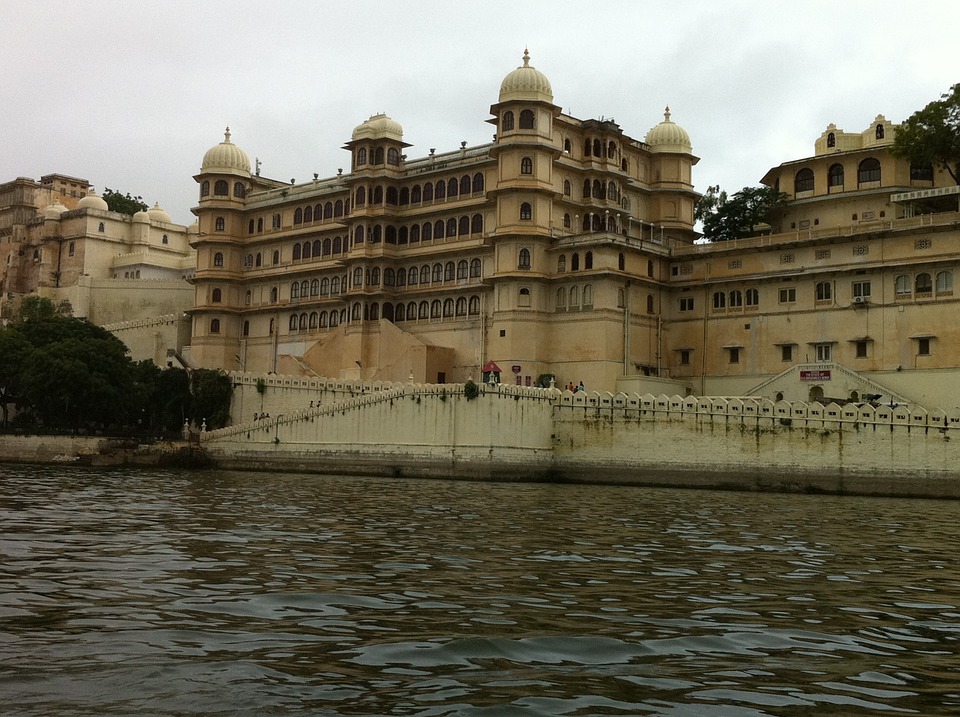 The palaces and structures show a blend of Jain and Persian architectures. The palaces built in the medieval times showed many features of the Mughal architecture like garden around the Deeg Palace. Mughals were famous for constructing mesmerizing gardens over their empires like Cheshma Shahi, Nishat Bagh and Shalimar Bagh in Kashmir. They are fine examples of their deep love for gardens exhibited by Mughal emperor. The palaces not completely look similar but had many carvings, structures, and paintings –very similar to the Mughal style.

The city of Jaipur houses many tombs in the northern border and surprisingly, they are the royal tombs of the emperors like Maharaja Sawai Jai Singh II. These tombs had an open umbrella like feature above their heads that made them stand apart from the rest. Just like the Mughals who built sub-structures and palaces inside their fortified kingdoms for their spouses belonging to other faiths, the Rajputs also adopted many Mughal styles to impress them and work in collaboration in order to stay in power and rule in harmony.

In more recent years European style of architecture was also witnessed in the Rajput construction paying homage to the other powerful empire that rested their feet on this land.

Sikh temples: Another testimony of the Mughal architecture was borne by the Gurudwaras constructed by the Sikhs in the state of Punjab. The “Pool of Nectar” or the city of Amritsar was founded by Guru Ramdas in the year 1579 in Punjab. It was bestowed as a gift by the Mughal emperor Akbar. The successor of Guru Ramdas, Guru Arjun Dev had initiated the construction of a temple amidst of the pool with the pure intent of enshrining the sacred book of the Sikhs- Guru Granth Sahib. It further underwent improvement under the rule of Maharaja Ranjit Singh in 1803. The upper half of this temple was done with copper and over this pure gold leaf of 400 kg weight was added to bring about its purity and beauty. The lower half was done in marble which was one of the most endorsed materials apart from red sandstone which was used by the Mughals in specific. This beautiful temple came to be known as the Golden temple.

In the four cardinal directions, it has four entrances and a beautiful causeway of marble connects the main shrine with the entrance gateway. Use of dazzling colored semi-precious stones in the inner walls and ceilings and glass work very specifically seen in Mughal architecture has been used along with artistic fresco paintings.

Other examples of Gurudwaras that saw the blend of Mughal architecture are Fatehgarh Sahib at Sirhind which saw the harsh live burial of the younger sons of Guru Gobind Singh by the austere emperor Aurangzeb. Yet during the construction, the Persian architecture had to be incorporated to enhance its beauty.

The Indo-Mughal style architecture is not only something that inspires awe among architects all around the world but behind the styles and construction, the heart-wrenching tales and sagas can stir emotions in the coldest stones of history.