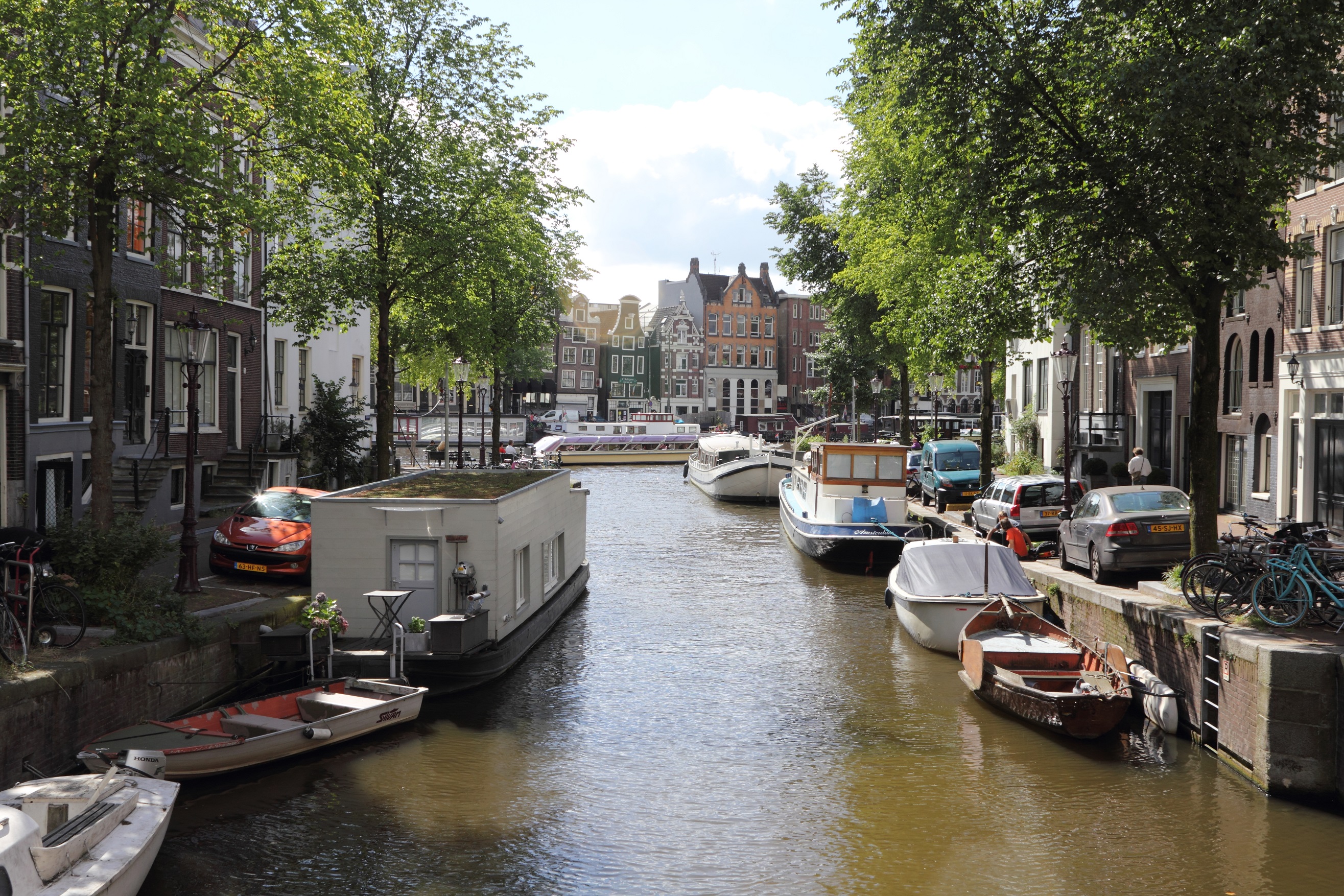 Amsterdam is perhaps most famous for its canals, which are used by tourists and locals alike for transportation and recreation.

Some people even live on the canals in house boats- you can see one to the left of this photo. These houseboats are connected to gas and electricity, and the owners have to pay taxes, like all other citizens. 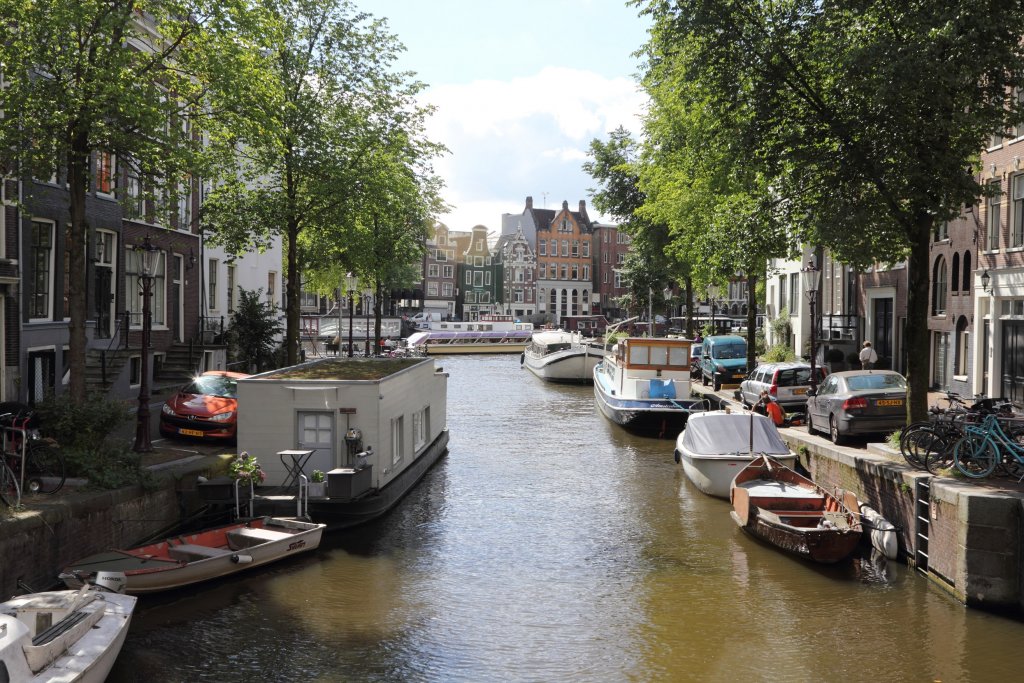 Amsterdam is perhaps most famous for its canals, which are used by tourists and locals for transportation and recreation. Some people even live on the canals in house boats- you can see one to the left of this photo.

The canal district of Amsterdam is a World Heritage Site, for being an exemplary example of urban planning, and a masterpiece of hydraulic engineering. The canals are the result of a detailed plan devised in the early 17th century, built for the purposes of transporting goods and defence. 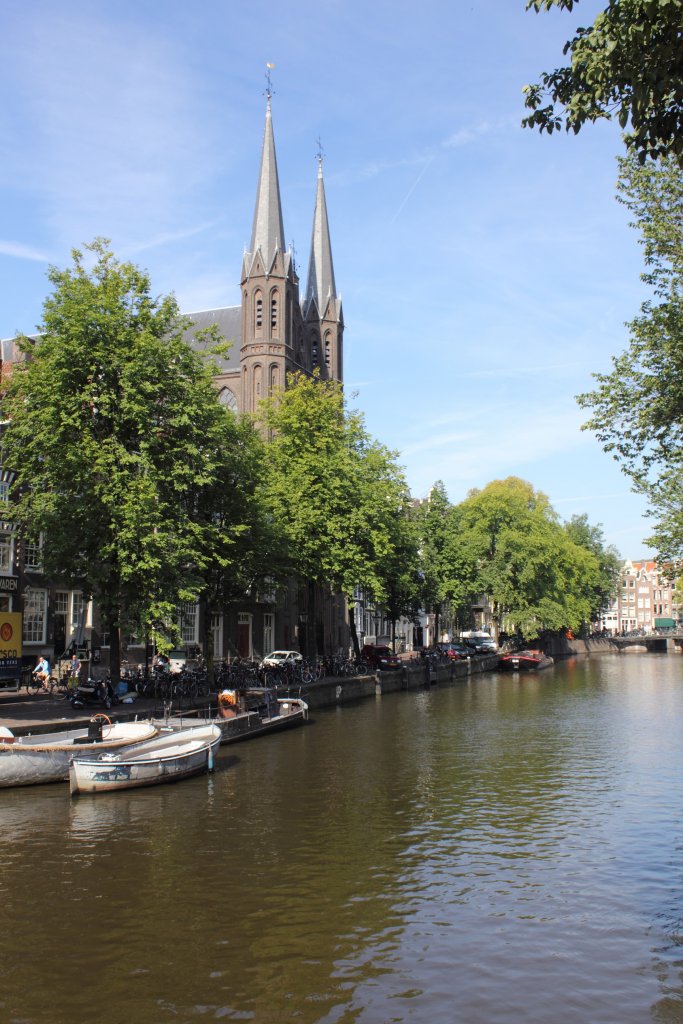 The Singel Canal was originally a moat which surrounded the city of Amsterdam. It became the innermost canal of the city when Amsterdam expanded and the canal district was built. Many of the buildings which line the Singel Canal were built during this period of construction. Not the case, however, for the the church you can see in this photo. It is called De Krijtberg, and was built in 1881. 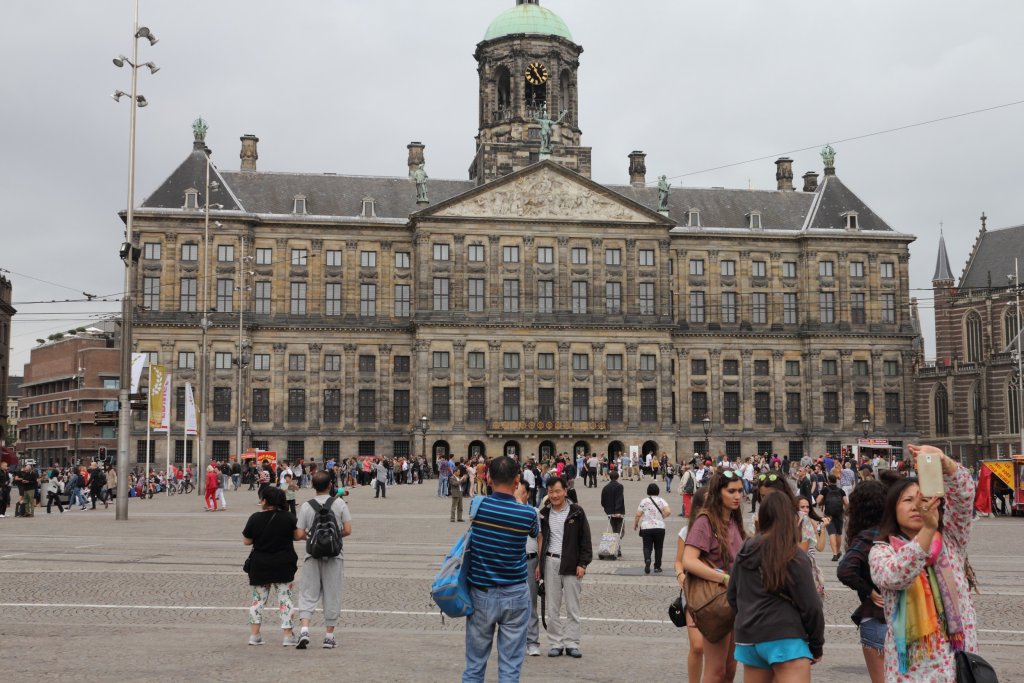 Within the old city boundaries of Amsterdam is Dam Square. Located where the dam of the river Amstel was first built, Dam Square is the most important city square in Amsterdam. It is the site of demonstrations, celebrations, meetings, and even funfairs. The square is dominated by the Nieuwe Kerk (‘New Church’), the Royal Palace of Amsterdam, and Madame Tussauds. The Royal Palace, seen in this photo, was once the city hall. On the day I visited, people were lounging on the steps of the palace, eating, chatting, and throwing food to the hundreds of pigeons which inhabit the square. 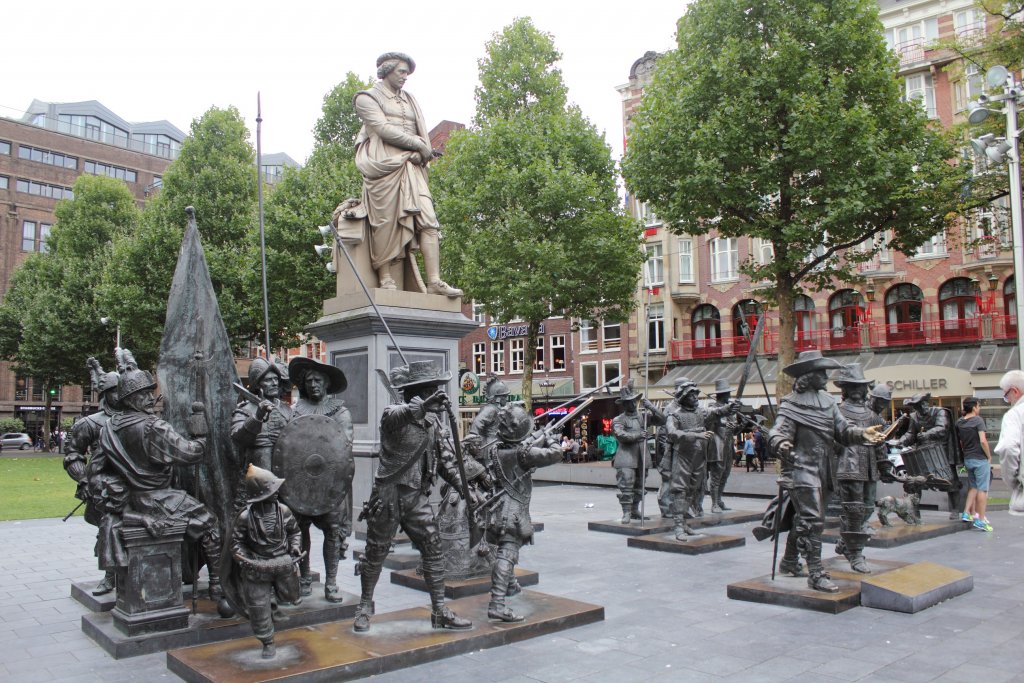 The city square of Rembrandtplein is named after painter Rembrandt van Rijn, who lived near the square for many years. A large statue of Rembrandt looks over the square, and is the oldest public statue in Amsterdam. Standing before Rembrandt are life-sized statues of each of the figures in Rembrandt’s most famous painting, The Night Watch. Visitors to the square can usually be seen interacting with the figures in various ways, shaking their hands, taking selfies with them, and patting the bronze dog. If you look at the figure to the right of the photo you will notice his outstretched hand is gold- the result of thousands of people shaking it, and wearing away the finish. 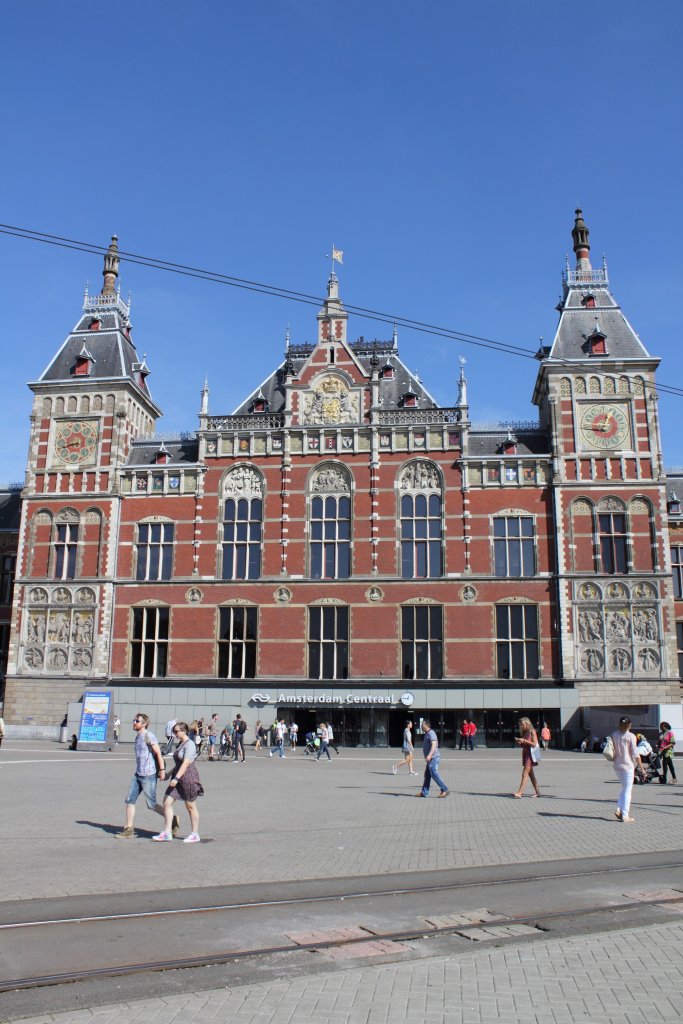 Opened in 1889, Centraal Station was designed by Pierre Cuypers, most famous for his design of the Rijksmuseum. It is built on three artificial islands in the IJ lake.  It is often a visitor’s first impression of Amsterdam if (like I did!) you take the train from the airport. The station is the most visited of all sites on the Netherlands’ national heritage list, used by around a quarter of a million people daily. From the station visitors can also access a number of other destinations both within the Netherlands, and over the border in places such as Paris, Zurich and Berlin.

The Cradle of Temple Architecture: Aihole-Badami-Pattadakal

Against the Forces of Nature: Tackling Floods with Resilient Vernacular Architecture in Chikwawa