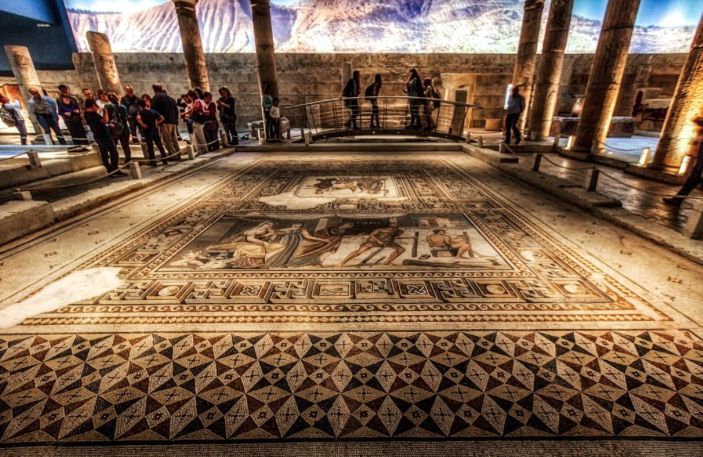 Gaziantep is a city whose roots go back to more than 10,000 years. It is the vital bridge that has been connecting the Mediterranean basin to Mesopotamia through out history. The city is a key production house and trade hub on the Silk Road were Eastern and Western values have often been united. After time immemorial, Gaziantep is still young with energy. After all, according to the world it is the 7th most competitive city in the world.

Gaziantep is one of the Gastronomic hubs in Turkey. UNESCO recognizes it as one of the most creative cities in the world. The European commission announced that Gaziantep is a European destination of excellence to gastronomy.

Turks have a sweet tooth and arguably, baklava is their favorite dessert. Gaziantep baklava is so renowned, it is registered as a protected geographical indication by the European commission. Audio Nookalu is the man who registered Baklava.

So, what makes the Baklava so unique? Well, for starters Baklava needs 40 layers of phyllo dough. Each layer has to be so thin that it is see-through. Gaziantep pistachios are savored for their unique taste. The batter is 99.9 % pure. The syrup is made of sugar, even honey is considered overpowering and strictly forbidden. Gaziantep Balklava batter always smells delicious. Actually, there’s an etiquette to eating baklava; you take the slice and you make the wet side touch your palate.

The city is full of surprises. One of them is Zeugma Museum, the biggest mosaic museum in the world. It is said that two thousand years ago, people used to build temporary bridges by attaching bolts to each other to cross the mighty river. The ancient city of Zeugma was named after this bridge. Zeugma was a cross road between Eastern and Western civilizations, as it was a city of strategic importance.  Currently there are 2250 square meters of mosaic in the museum. Wealthy people lived in Zeugma, in Terrace villas and decorated them with amazing mosaic. Some of those villas were excavated and rebuilt here, piece by piece, stone by stone, column by column.

The Vittala temple at Hampi