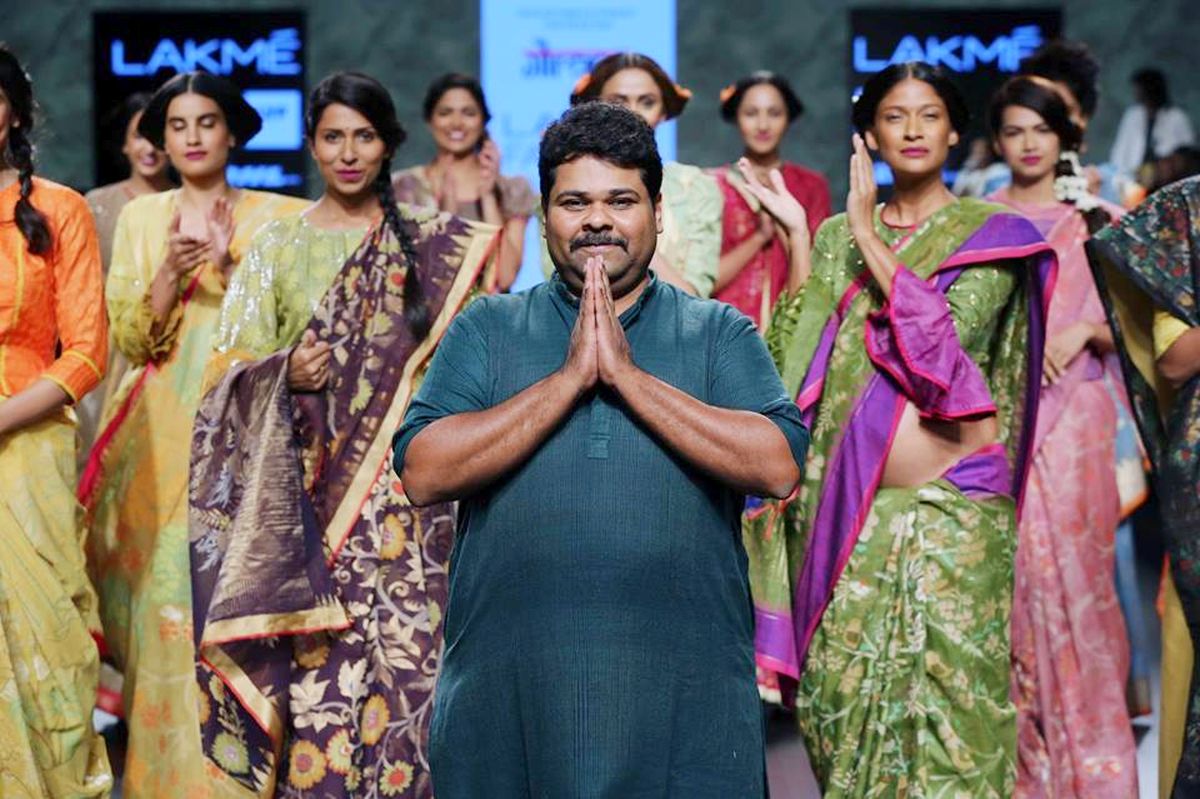 Little did anyone anticipate that a boy taking care of his father’s sari and matching blouse store would go on to become India’s most reputed textile designer. Gaurang Shah, a self- made textile designer hailing from Hyderabad fell in love with the art of weaving at an early age. Having been brought up in an environment where hand-woven saris were the in-thing, Shah decided to pursue a career in textile designing.

He was always fascinated by textiles and his passion for traditional arts, crafts and the weaving technique of Jamdani is what motivates him every day says, Gaurang.

In 2001,when the traditional handlooms were almost dying as a form of art due to lack of assistance and stiff competition from modern day fabrics, Gaurang took up the challenge of bracing the traditional hand-loom back into the world of fashion. He trained himself with numerous traditional weavers across the country, and from then on, has been working in collaboration with them to create handcrafted masterpieces.

Today, he is happy that these small-town weavers are getting their dues and explains that this is what laid the foundation for his label Gaurang.

The Jamdani art of weaving is registered in the UNESCO’s intangible heritage list. The word Jamdani is derived from the Persian word ‘Jam’ meaning flower and ‘Dani’ meaning a container or vase. Jamdani is a technique of weaving a detailed patterned, on pure cotton fabric, traditionally woven using a handloom by craftsmen around Dhaka.

This form of weaving involves complicated design patterns combined with mute and vibrant colors. It is strenuous and time-consuming due to the richness of its motifs, which are conceptualized directly on the loom using the discontinuous weft technique.

Shah employs this weaving technique which takes around two years of completion time depending on the design. This is what makes the products an antique piece. He works closely with his weavers and creates saris and outfits that showcase textile art and Indian culture depicting a blend of traditional motifs and modern textures.

Due to his passion for weaving, the Jamdani technique is thriving in today’s fashion market. The end product of the combined effort of Gaurang and his 700 weavers across five states of the country is a symbol of dignity and develops a sense of cultural identity among the women clad in his saris.

His list of clients include Bollywood actors Sonam Kapoor, Vidya Balan, Tapsee Pannu and Kirron Kher, to name a few. With as many as six stores established in the most trending cities of Delhi, Mumbai, Hyderabad, Bengaluru and Kolkata, Gaurang has become a familiar name among the fashion0-concious.

Stepping into the world of fashion in 2012 with Lakme Fashion Week (LFW), he took the international and national fashion world by surprise with his hand woven costumes. Since then, his work has been featured at seven seasons of LAKME Fashion Week. Recently, his work was also showcased at the Berlin Fashion Week.