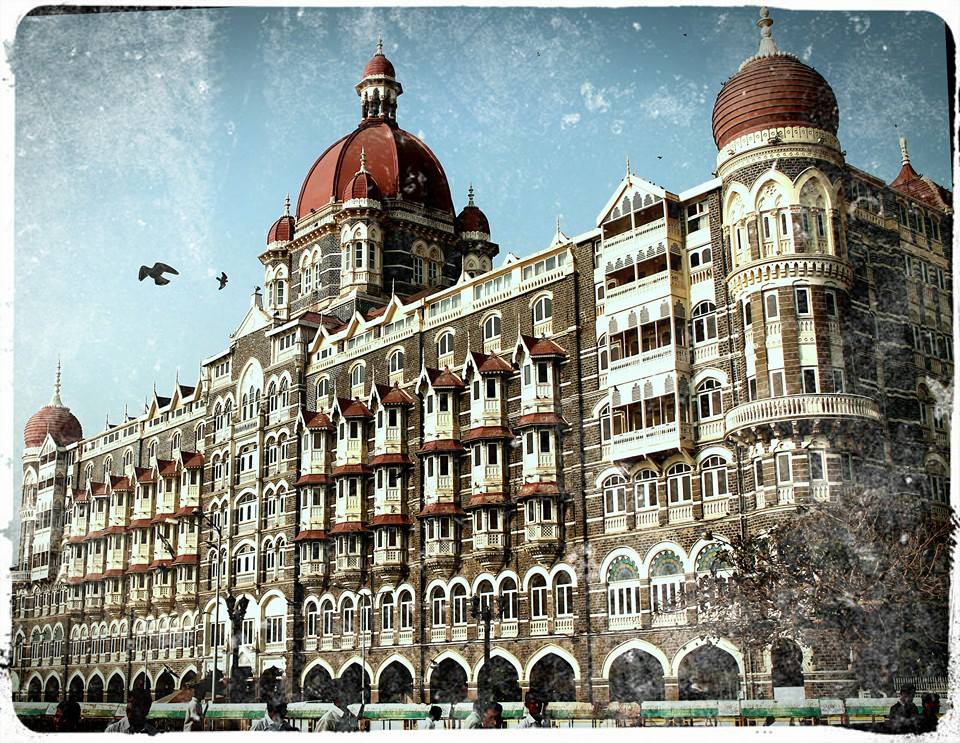 Gateway Of India  was built as a triumphal arch to commemorate the visit of King George V and Queen Mary, complete with four turrets and intricate latticework carved into the yellow basalt stone. Ironically, when the Raj ended in 1947, this colonial symbol also became a sort of epitaph: the last of the British ships that set sail for England left from the Gateway.

The foundation stone was laid on 31 March 1911, by the governor of Bombay Sir George Sydenham Clarke, with the final design of George Wittet sanctioned on 31 March 1913. The gateway was built from yellow basalt and concrete.

The structural design of the Gateway of India is constituted of a large arch, with a height of 26m. The monument is built in yellow basalt and indissoluble concrete. The structural plan of Gateway of India is designed in the Indo-Saracenic style. One can also find traces of Muslim architectural styles incorporated in the structure of the grandiose edifice. The central dome of the monument is about 48 feet in diameter, with a total height of 83 feet. Designed with intricate latticework, the 4 turrets are the prominent features of the entire structure of the Gateway of India. There are steps constructed behind the arch of the Gateway that leads to the Arabian Sea. The monument is structured in such a way that one can witness the large expanse of the ‘blue blanket’ right ahead, welcoming and sending off ships and visitors.The whole harbour front was realigned in order to come in line with a planned esplanade which would sweep down to the centre of the town. On each side of the arch, there are large halls that can hold 600 people. The cost of the construction was ₹2 million(US$32,000), borne mainly by the Imperial Government of India. Due to a paucity of funds, the approach road was never built, and so the gateway stands at an angle to the road leading up to it.

NEARBY TOURIST ATTRACTIONS
The Elephant Caves are located very close to the Gateway of India, and tourists can travel on motor boats to reach the Elephant Islands. Statues of the Maratha leader Shivaji and Swami Vivekananda are installed at the entrance of the Elephant Caves. The Taj Mahal Hotel is India’s most prestigious andLUXURIOUS HOTEL

and is situated close to the Gateway of India.

VISITING HOURS
People can visit the monument at any time of the day. The best time to visit the Gateway of India is during the period of November to March, as the post-monsoon climate is very pleasant and there are very less chances for downpours at this time.

GATEWAY is 2.5 km from Chhatrapati Shivaji Terminal and 2.4 km from Churchgate. Taxi is availabe in share as well on meter. The share taxis charge 15rs per head and on meter it varies between 40-60rs depending on traffic.

There are many hawkers on the street selling lots of eatables. The most commonly sold food are sandwiches (more than 15 varieties)(25rs-70rs), samosa(15 rs) ,wadapav(13rs) and different sorts chaats(20rs-50rs).Icecreams (kulfi) are sold on street for 10rs(preferably not to buy).