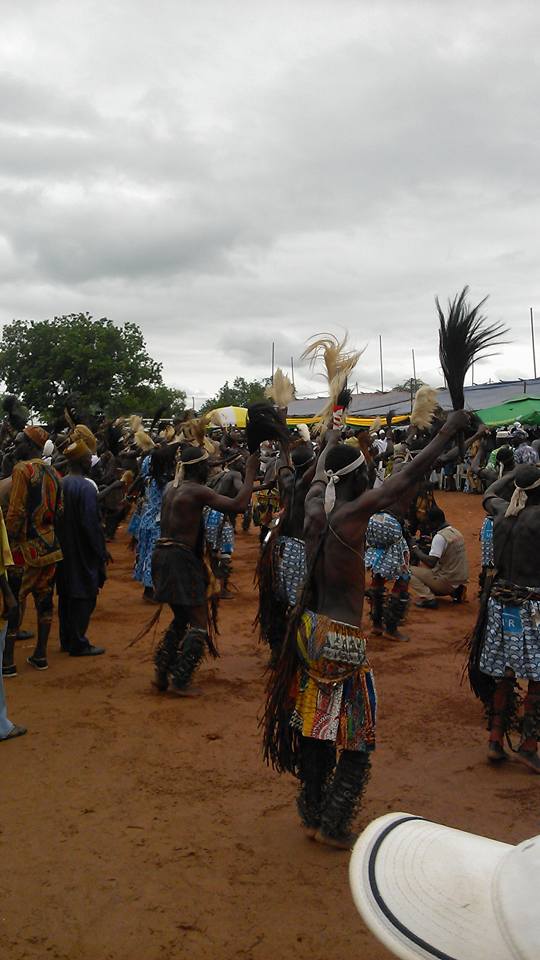 During my holidays I’ve travelled in the centre and the north of Togo to discover theses cultures that are unknown from us we are in the south area. I’ve travelled from Kara to Dapaong (North) and I saw the diversity of our culture, each people had his particularity. One culture got my attention by it valor and strange adage, it is Bassar people. They told me that they detain fire and stone manipulation. Their father’s started using stone before the industrial revolution.  I had the occasion to note with curiosity how this people kept his tradition and transfer it until today. Let me introduce them to you.

Bassar people commonly called ‘Great Bassar’ are formed mainly by two tribes, ‘Bassari’ in the South west and ‘konkomba’ in the North. Bassar are located from the east central Togo to Ghana. They are known for their exceptional yam production and as the first iron producer in the sub-Saharan Africa region. But bassar community is not only yam and iron; it is also many dances like virgins dance, hunters dance, dead dance and a particular mystic dance called ‘T’bol’ , ‘Tibol’ or the fire dance. These strengths convey folk rhythms and dances that lead to live and colored events which are for visitors like me, opportunities to enjoy cultural values of Bassar.

The dance is organized in general at least once a month by the chief of district or the community chief. Only these persons cans authorize the dance. T’bol is a three days dance ordered to see the future of the community or when a member of the community is sick or has problems; a special dance is done the night before the yam harvest feast, on this case the goal of the dance is to connect Bassar people to ancestors. UNESCO had financed a documentary film project to show the specificity of Bassar people’s fire dance.

T’bol is an initiation dance, a moment when values are transferred from generation to generation and when dancers can see the future of the community, this is what makes it specificity. It is a moment when initiated person can get power (become strong or become a wizard).

The dance started exactly at midnight, before starting people must scream in order to oust witches. District chief and his notables must be present and notice anything.

After the dance notables must make a summary of what dancer have said during the dance. With the summary the chief elaborated the strategy of the community until the next dance.

T’bol is danced on the night without shoes but a demonstration can be done in the journey. Only initiated persons are allowed to dance (can a ‘simply person’ jump in the fire and seat in the fire?!).

You can see a video here:

It is an old video by it best described the dance.

The Heritage of Kumartuli in Kolkata