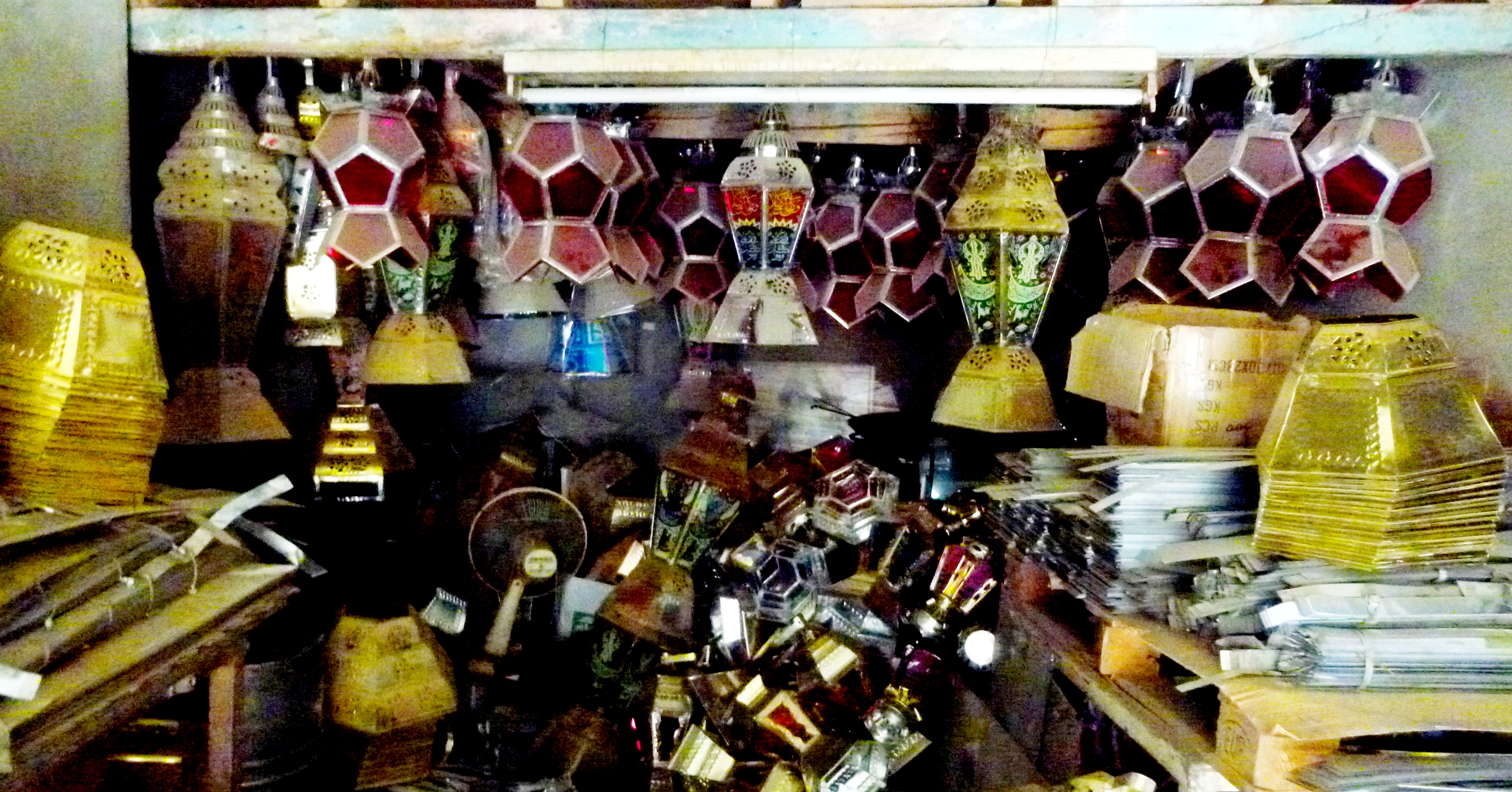 Traditions like the Fanous are age old in Egypt. They serve to add aesthetic to cultural events such as Ramadan.

The Fanous industry, which specialises in the manufacture of lamps is one of the oldest industries in Egypt. I went to one of the areas where this practice first started in Historic Cairo. I conducted an interview with a craftsman named Sherif Rashwan, in his workshop. The young artisan shared nuggets of information about the practice with me, and also detailed the economic status of the industry. He told several stories of the origin of the Fanous and its use, and also talked about the status and condition of artisans who specialise in making the item.

The origin of the word “Fanous” is Greek. Etymologically, it means lantern, lamp or light. It was historically used with the meaning “The Light of the World”. However, now it is commonly known as Fanous Ramadan or simply the Ramadan lantern.

There are several stories surrounding the origin of the lantern. The stories stated that during the Fatimid dynasty, the Fatimid Caliph Al-Muizz Li-Deen Allah was greeted by the Egyptians holding lanterns to celebrate his arrival at Cairo during the holy month of Ramadan. The Egyptian community went outside to greet the caliph holding their lanterns. Since this occurrence, there has always been a connotation of beauty and light attached to Ramadan. This led to the use of this implement in celebrations related to Ramadan festivities.

Another story tell of how children used to go out at night and light the way for the caliph with their lanterns as he strolled around the city. During the Fatimid era, celebrations and holidays were of remarkable importance to Egyptians. They invested a lot of time and effort into preparing for the various celebrations and festivities that occurred through the year.

Thus, with the passage of time, the industry started shifting from a utility of lighting houses, mosques, stores and streets to a decorative item used during the holy month. All stories agree that the Fanous is a 100% Egyptian tradition and Cairo was the birthplace of the Fanous. It was from this cultural nucleus that it spread to other parts of the world.

Current Economic Status of the Fanous:

Currently, the Fanous has become a worldwide symbol that represents Ramadan and used as a decorative item or a toy for children to enjoy during the Holy month. Any Egyptian will gladly tell stories of childhood adventures in search for the perfect Fanous, and singing Ramadan songs holding the Fanous to celebrate the arrival of the holy month. The traditional Fanous is made out of metal and glass, and is often colourful.

Today, with the availability of electricity and technology, lanterns are not really needed as a source of light. The Fanous is widely used in Egypt during the holy month. They can be found in houses, restaurants, hotels, malls, offices, Ramadan tents, gatherings, and city streets…etc are decorated with beautiful colorful lanterns range in size and shapes, to create a more festive environment that is in tune with the holy month.

Along the time, more traditions combining the Fanous with Ramadan would emerge resulting in the deeply rooted link between the two, and marking them as authentic Egyptian heritage. The Fanous used to be an active industry; however, nowadays it’s a seasonal industry that flourishes during the times of festivity. Thus, the phenomenon has its own specific significance in the Egyptian cultural context.

The History of the Ibaloi Group from The Philippines