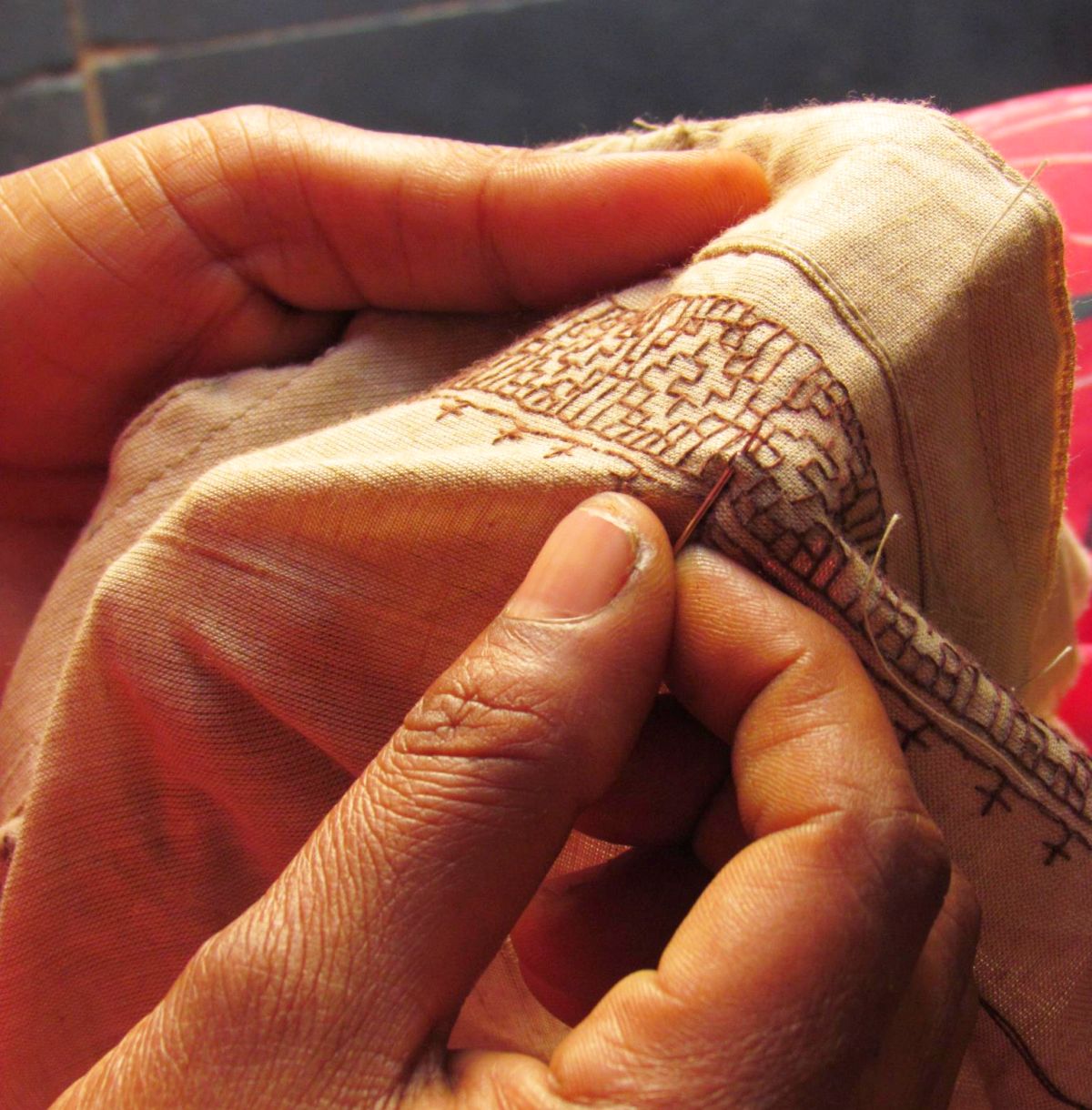 Karnataka is enriched with a wide variety of intricate and beautiful embroidery works which has created a strong foothold for the state in the handicraft industry. The Kasuti form of embroidery, which can be traced to the Chalukyan period (6th-10th century), is primarily practised in the northern parts of Karnataka.

The Karnataka Handicraft Development Corporation holds a geographical indication to protect this form of art. It is believed that it was patronised by the Mysore Wodeyars and was one of the 64 forms of art in which the 13th century courtesans had expertise on. It was predominantly mastered by the womenfolk of the era,  and since then has been passed on to the present generation of artisans. It is believed that people belonging to the Lingayat clan were well-versed in it.

Though, Kasuti is distinctively an Indian art, similar embroidery designs can be found in Austrian, Hungarian and Celtic traditions. The stitches used in this form of embroidery have a striking resemblance to the Holbein stitch used in Elizabethan or Spanish black embroidery.

The designs are inspired from the geometric patterns of the surrounding temple structures. The artisans use various elements such as the temple gopurams (a monumental tower), the rathas (temple chariots), elephants with howdahs (a seat for riding on the back of an elephant or a camel), animal and bird figurines etc as a source of inspiration in the design process.

The finished design patterns of the Kasuti embroidery

The material required for the embroidery work is locally available and is done on a special variety of sarees called as Ilkal sarees. The pattern that is to be embroidered is first traced with charcoal and the perfect needle for the process is selected. The work is strenuous and involves counting of each thread on cloth.

They are stitched without using any knots to acquire a similar pattern on both sides of the cloth. There are four varieties of stitches namely,’Gavanti’ (double running stitch), ‘Muragi’ (a zig-zag stitch), ‘Negi’ (damming stitch in which long and short lines are crossed to make it look like a weave) and ‘Menthe’ (cross-stitch resembling the fenugreek seed).

In the recent past, the embroidery work has been done on various other products such as sling bangs, cushion covers and clutches apart from clothing. 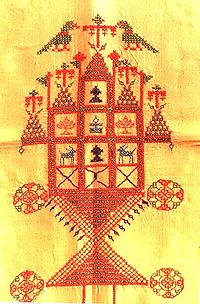 This fine art has become scarce over the years mainly because of the difficulty involved in learning it and the amount of time and labour that goes into mastering it. The process requires the artisan to be extremely patient because even if one small error occurs, the entire process of stitching has to be restarted. Besides, the income of these skilled artisans is pretty low.

In order to promote Kasuti, a centre has been set up by the social-welfare department of the government of Karnataka to establish a single platform for the rural women to display their craft.

Another sign of the art dying, was the Kasuti classes shutting down in JSS college of Dharwad, Karnataka. But attempts are being made by Bengaluru-based non-governmental organisations such as the Initiatives for Development Foundation and Kaifkraft to revive this form of art and to ensure the prosperity of this fading form of embroidery.

An important meeting with the history of Vienna