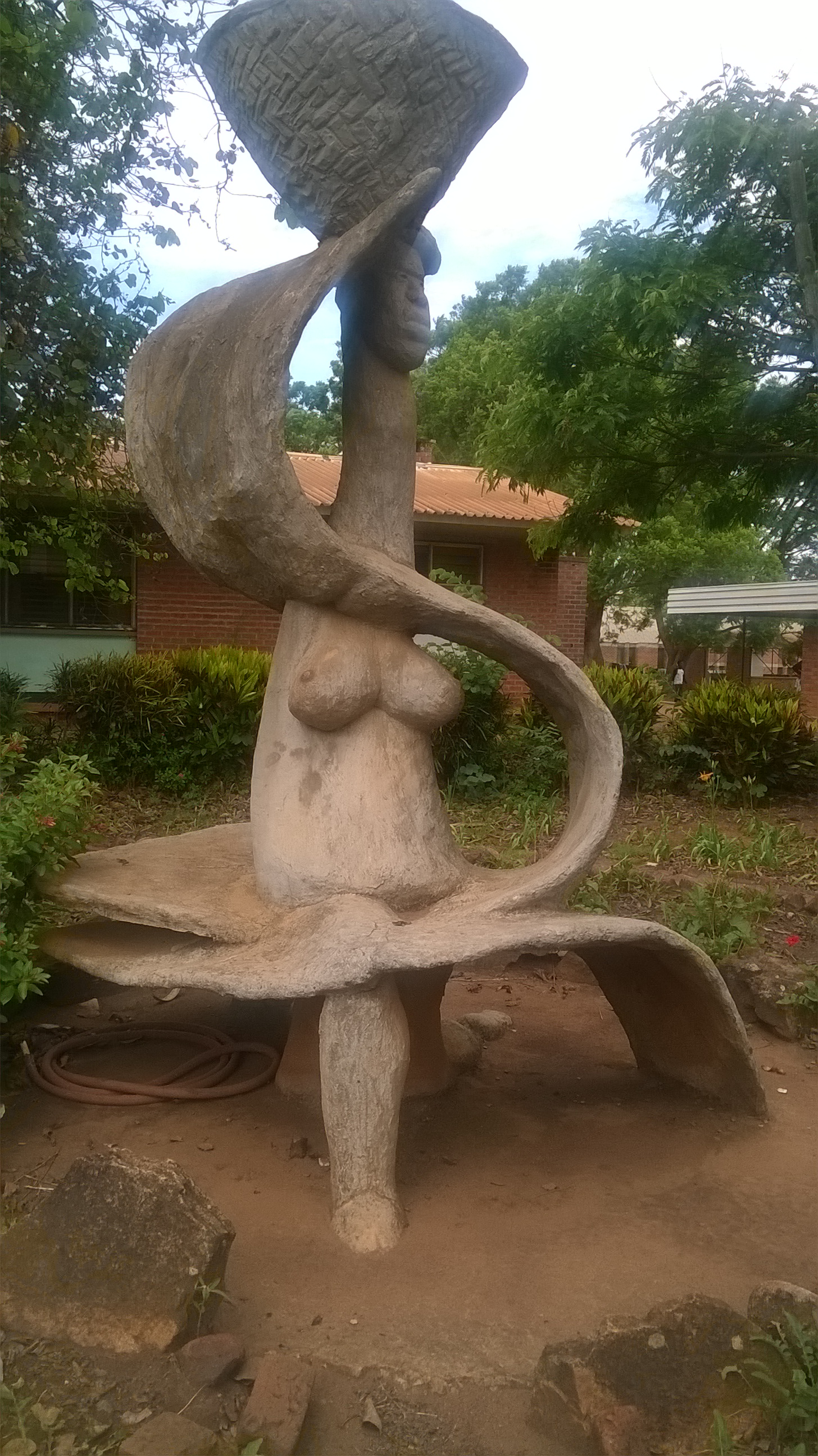 Arts and crafts form the crux of the conservation of culture and history of many communities. Unlike many African countries, the centroid of arts and crafts in Malawi is the three dimensional sculpture rather than drawing and painting (Ministry of Tourism, wildlife and culture, 2014). The identifying characteristics of communities are imbued within these art forms, and thus, they offer insights into mythology and cultural belief to a great deal. The human figure is the most commonly used motif in Malawian craft. If we knowledgably look at these structures, we can infer much from them.

At the centre of Lilongwe University of Agriculture and Natural Resources (then called Bunda College) in Malawi stands a female human sculpture called Mother-Bunda, locally known as mayi bunda. This artistic feature was locally and creatively crafted by local artists in 1966 after establishing this university. These local artists were from Chilowa village, Lilongwe district, in the central region of Malawi. They used locally available materials e.g. cement, bricks, sticks, strings, knives, hoes to produce this sculpture. Its design shows that Malawi has a rich tradition of village crafts i.e. creative minds with a spark and surge of invention and innovation in cultural and historical conservation.

In Malawian context, this feminine figure symbolises the politeness, patience and friendliness of Malawians and Chewa people in particular. As a mother of the Chewa people, the sculpture is a symbol for motherly warmth bequeathed to the students from Malawi and all over the world, coming to study at the university.

Mother-Bunda has a hat symbolising the huge responsibility of Bunda College to improve the agricultural sector, which was the sole purpose of its establishment. According to Chinsinga, (2008) this institution has trained over 90% of senior agricultural officers working in government and private sector, as such, it has contributed and continues to contribute to improve food security and income generation in Malawi, where agriculture is the backbone of the economy. Thus, as a mother it should feed all the Malawian communities.

In Chewa tribe culture, this hat signifies the importance of women in taking care of children as well as doing most household activities e.g. farming and maintenance of the house whilst men engage themselves in leisure activities like playing bawo and beer drinking. These cultural norms are enhanced by deeply rooted religious tradition, and are symbolic of the classic Malwian feminine.

The hat is adorned with strips (locally called mphini) that women from the Chewa society used to beautify themselves with in order to attract men. These strips were always put where men could easily see them e.g. on the cheek and thighs.

Successful and sustainable management of artistic objects depends on our knowledge and ability to understand them. Unfortunately, like other crafts worldwide, very little attention is given to discover their historical and cultural values. Nevertheless, passing on of specialized skills in arts and crafts from one generation to another should be encouraged for the betterment of heritage conservation.

Chinsinga, B. (2008) Ministries of Agriculture: Structures, Capacity and Coordination at District Level in Malawi. Future Agricultures.

Preserving Culture through craft in Lamu