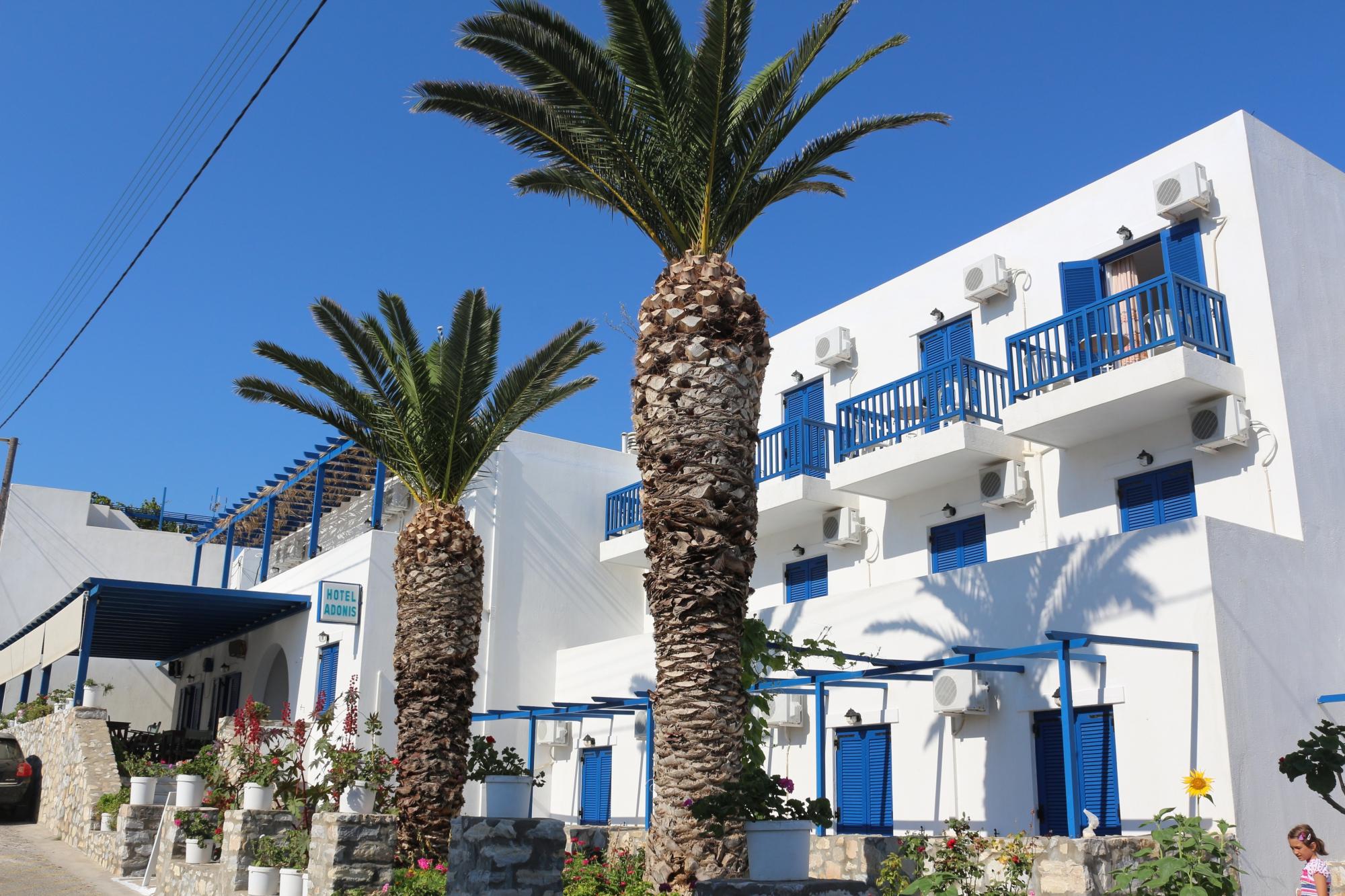 In the world there are many different architectural styles that can astonish us not only with their shapes, but also with their materials, decorations, impact on the environment, etc. Vernacular architecture is a less explored field that is strongly related to traditions. In the last decades, as modern methods prevail, this very particular field has been loosing ground. Nevertheless, this is not the case of Apollon, a lovely fishing village located in Naxos, Greece, where it is possible to find Adonis Hotel, a great example of Greek vernacular architecture.

Adonis Hotel opened its doors for the first time in 1993. It is a unique building which reflects the typical and traditional Greek house. Greek vernacular buildings are usually made by raw earth bricks, cooked bricks, stone or tuff. The roofs are very particular because they are characterized by a light wood structure – sometimes they could be made by bricks and lime. Nevertheless, the roofs have no projection, but there often are stairs outside the building so as to reach the flat terraced roof. In order to avoid the strong solar radiation, there were developed some very important features. First of all Greek people use white colour for both walls and roofs because of the properties of this colour: in fact, it rejects the 70% of the solar radiations. Moreover, they create massive walls with just few windows so as to keep the solar radiation outside. Keeping cool air inside the buildings is very important. For this reason, the houses are often placed around a little central court and there is a very small space between two or more houses.

Despite the fact that this building is a great and beautiful example of vernacular architecture, what makes it very special is its owner Stamatis, the real soul of Adonis Hotel. Stamatis was born in 1974 in Athens. His father, Manolis, built Adonis with his brother and then Manolis decided to involve his son Stamatis and his daughters (Kaliopi and Maria) too, as servers. He started working as a waiter and receptionist (at the night) when he was only 19 years old. In 2005 Stamatis became the only owner of the hotel – according to Greek tradition, in every family, a job was given to men and a house was given to women.

The peculiarity of this place is the attention that Stamatis gives not only to all of his guests, but also to every aspect of his job. He cares about the food which is collected from is own garden or from local producers and he cares about his staff which is mostly composed by Stamatis’ family. He tries to do his best to make his guests’ experience special, and it is difficult he does not reach this goal. Guests of Adonis Hotel are from all over the world. This is caused by the fact that, as Stamatis said to me, this hotel offers the possibility not only to enjoy a crystalline sea, but some very interesting activities such as gardening, hiking or Greek dancing courses. Adonis Hotel, in fact, is the only alternative hotel in Apollon. Another very important aspect which Stamatis insists on is related to his guests: he likes filling up his 23 rooms with not only his usual guests, but also with some friends of them. If this happens it means Stamatis’ hospitality is appreciated.

So do not miss out the opportunity to take a break at Stamatis’ hotel in Apollon, a magic place in which enjoy the sound of the waves striking a sandy beach, the feeling of that hot sand under the feet and the smelling of the warm sea breeze. You will feel immediately at home.