The areas included within the current World Heritage Area boundary were based on available scientific, cadastral and topographic information, and influenced by prevailing political and community attitudes at the time when listing was being hotly contested
Here are some people who are related with this world heritage site :

He has been working and volunteering in the environmental field for around 15 years. As a volunteer campaigner he was involved in old growth forest protection in East Gippsland with a particular focus on Goolengook. At Melbourne’s RMIT University, he studied Social Science-Environment, providing an invaluable insight into the human dimension of conservation. This was followed by four years as an environmental and ecological planning consultant where he worked on biodiversity surveys, regional planning assessments, infrastructure projects, dodgy developments and the odd pro-bono project for local community groups. He moved to Cairns to study at JCU where he is currently pursuing a Masters. He also works part time at the Australian Conservation Foundation with the Northern Australian Program on matters relating to Cape York Peninsula.He hopes to make a meaningful contribution to advancing CAFNEC’s vision for Far North Queensland and look forward to working with its amazing team of staff, volunteers and supporters.

She was the Coordinator of CAFNEC from 2009 until 2012. She has an academic and professional background in environmental science and community development which has been inspired by watching the beautiful landscape of her childhood under massive pressure from development. She believes CAFNEC has an important role in educating locals and tourists alike about the incredible natural values of this region, and helping to ensure these values to children . 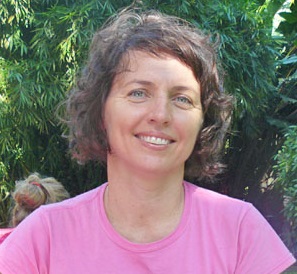 Ellen completed her science degree from James Cook University in Townsville in 1994, graduating with a first class Honours in Botany. She moved to the JCU Cairns campus in 1996, and with three other lecturers, established the School of Tropical Biology. During this time she also undertook a higher research degree studying rainforest plants in the Daintree lowlands.She first joined the CAFNEC MC in 1997, including a stint as Secretary. It was a busy time, and in 2000 she left the committee. Two sons later (Louis and Frank), Ellen is delighted to back at working for CAFNEC. She remains in awe of the energy, commitment and productivity shown by staff, management committee, members and volunteers.. Her day job is at the Wet Tropics Management Authority, working on vegetation mapping, threatened species, climate change, heritage conservation issues and building research partnerships with other organisations.
I have also contacted them over email and will update this article as soon as they reply.

What is heritage? – Kolkata

Lucknow and its culture