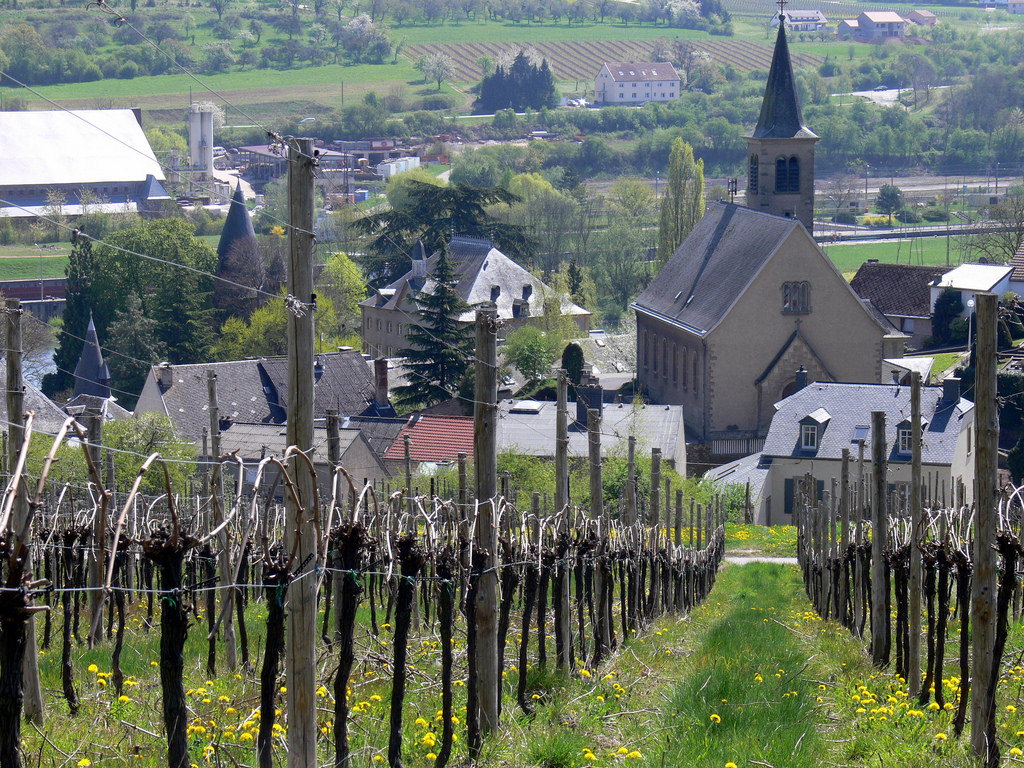 “The suppression of internal borders of the European Union is recognition that all the citizens of the states concerned belong to the same space, that they share a common identity.”

On a mild weekend in September, I went with my roommate’s parents experiencing the Route des Vins in Luxembourg. Having lined the Luxembourgish Moselle riverside, we stooped near the Coteaux de Schengen to taste and confirm the excellent wine reputation of the extreme southern border of the Grand Duchy of Luxembourg.

Today, Europeans may travel and cross borders at the drop of a hat. Your Luxembourgish friend invites a French copine and a German uncle for a wine: your prep time involves getting dressed, going out, driving to the meeting place and…having a glass of superior wine.

Estelle’s parents worked for several years in Luxembourg while living in Lorraine, France. Cross a bridge from Germany into Luxembourg, turn left and you are in France. Three countries in about three minutes. The former paragraph story would have been slightly different at the time. It might have taken more time half a century ago.

Schengen is a small winemaking village located in the Southeast of Luxembourg. The name of this commune changed from Remerschen to Schengen in 2006 to take advantage of the Schengen’s name recognition due to the signature of the Schengen Agreement on 14 June 1985.

Schengen is synonymous with open borders and unrestrained mobility. The village is near the tripoint where German, French and Luxembourgish borders meet. The Schengen Agreement was the milestone on the path to a united Europe. Among the core parts of the Treaty of Rome signed in 1957, the free movement of persons was one of the four foundational European freedoms that were not exactly respected. Anyway, nationals of the European Economic Community (EEC) could move freely from one Member State to another needing an ID or a passport. Identity controls were in place at the border though. One day, five of the ten member States signed an agreement on the Princess Marie-Astrid boat on the River Moselle to be the pioneers of the first free-border European history: the Schengen Agreement.

The Agreement entailed the “harmonization of visa policies, allowing residents in border areas the freedom to cross borders away from fixed checkpoints, the replacement of passport checks with visual surveillance of vehicles at reduced speed, and vehicle checks that allowed vehicles to cross borders without stopping”.

The European Museum of Schengen was opened in the Centre Européen building on 13 June 2010, 25 years after the signing of the Schengen Treaty. The trilingual and permanent 200m² exhibition Museum aims to show and remind the liberties and freedoms involved in the Schengen Agreement, as well as its historical significance. Visitors learn the importance of elimination of peoples’ internal border control. The signing of the Agreement is documented with historic pictures, videos, statements and sound footages.

EU origin’s lovers seem the major and, almost, unique demand segment for the European Museum. Foreigners seldom go to Schengen to see the museum, preferring a romantic walk in Luxembourg City Grund or having a copious meal in Alsace and Loraine regions.

What should it be the importance of such a public space then? The answer is Schengen per se and its historical European value: a past memory that was living and permeating European borders for a short time. In a sense, the European Museum in Schengen is an exhibition dedicated to a short-lived, historical tentative of a united Europe. Federica Mogherini, EU foreign and security policy chief said “This is the main argument we are hearing these days – that Schengen is over”.

We live in an era of new European nationalism and renewed border controls due to mass immigration and terrorism. We feel unsafe and insecure. Our identity is in danger. The role of a public space imbued with memory should be to revitalise its function of defining the importance of the identity concept and that we were commonly united but aware of our cultural diversity. The border is vitally functioning for the concept of identity construction. Drawing boundaries means to separate inside-outside and, through this mechanism, the advantageous outcome is that members of a certain community develop a sense of belonging, an identity.
Schengen was the ideal of an equal and unite Europe. I wanted to grab a glass of wine with some special people of mine and I realised all of a sudden that the heralded European shrine of a free border Europe disappeared, afraid of migrants and scared by terrorists. The Ee Schlass fir Schengen – A lock for Schengen, appeared to me as a symbolic solution. Symbol of the 26 countries compounding the Schengen Area, the Columns of Nations in front of the European Centre allow visitors, locals and tourists to identify all member States and their respective symbols. During the in vogue vein of “love locks”, visitors to Schengen are invited to express their sentiment of attachment to the idea of an open and equal Europe and the primordial spirit of the 1985 Schengen Agreement by adding their personalized padlock to the specially designed sculpture in the picture below.

The European Museum and the “Lock for Schengen” initiative are intended to be symbolic, mnemonic and idealistic. The ID free travel zone became fully fledged in 1995 and kept growing but those days seem distant and are dosed with melancholy. The small village of Schengen gained pride and symbolic importance as the birthplace of a free travel space now embracing 26 countries. It is known as Schengen Europe. Or it was…

Traynor I. (2016): “Is the Schengen dream of Europe without borders becoming a thing of the past?” The Guardian. Date of Consultation: 10/10/2016. https://www.theguardian.com/world/2016/jan/05/is-the-schengen-dream-of-europe-without-borders-becoming-a-thing-of-the-past

Visit Luxembourg (2016): “Schengen: the birthplace of Europe without borders”. Date of consultation: 12/10/2016. http://www.visitluxembourg.com/en/moselle/Schengen

The Queenslander: Architecture adapted to climate