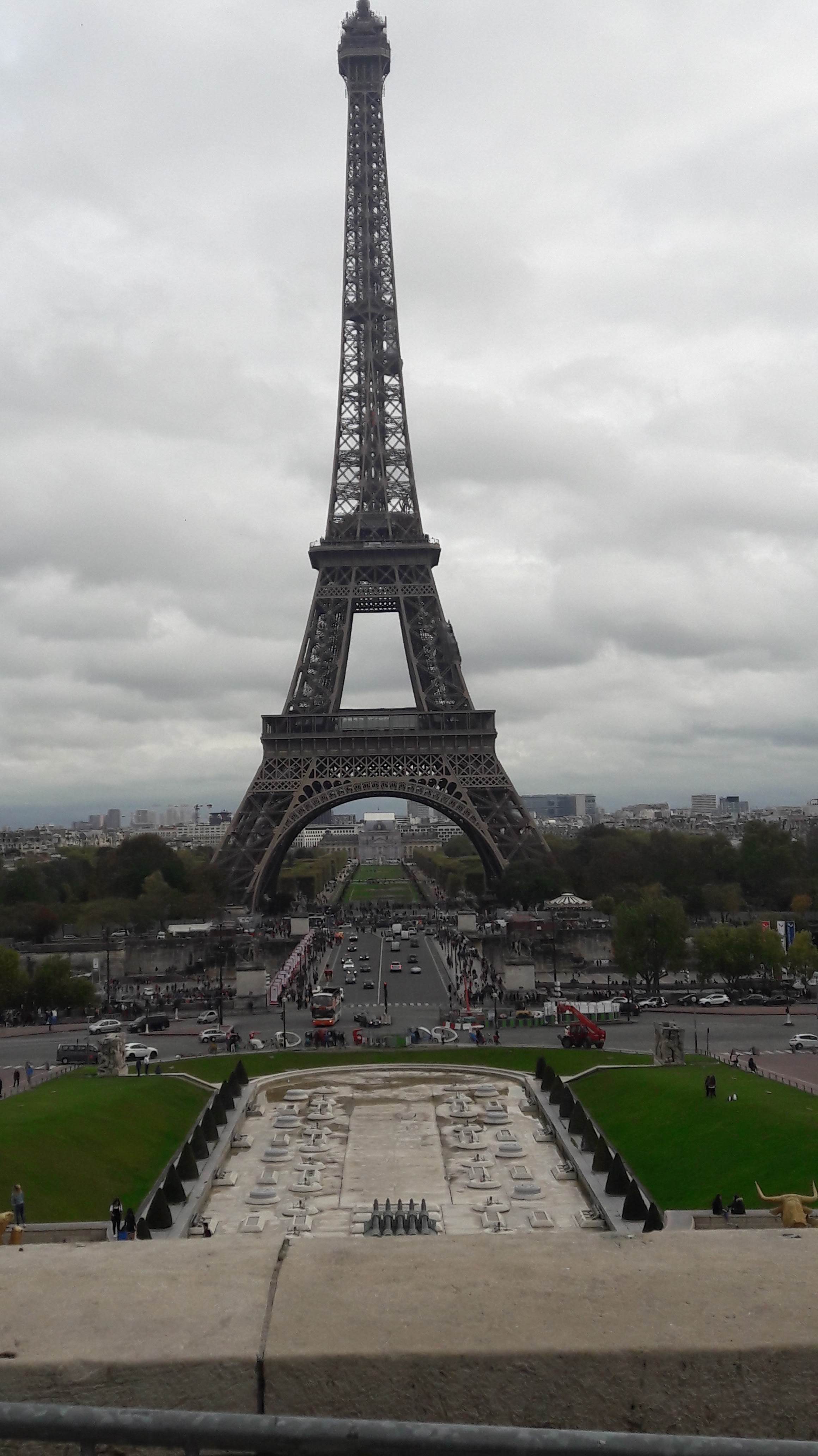 A visit to Paris is just incomplete without visiting the Eiffel Tower. As I landed in Paris I made sure to visit the famous engineering marvel of the modern times and the most popular visited place in Paris. You have to see to believe the modern wonder constructed from 1887-89 as the entrance to the 1889 World Fair, known as The Exposition Universelle that was held in Paris from 6th May to 31st October 1889. It was the tallest manmade structure for 41 years welcoming seven million visitors every year, became the cultural icon of France.

When Gustave Eiffel”s company built the very recognizable monument, many regarded the massive iron structure with skepticism.Today, it continues to serve an important role in television and radio broadcasts and considered as an architectural wonder. The Tower is named after the engineer Gustave Eiffel. It is 324 meters Tall, about the height of an 81 storey building and one of the tallest structures in Paris.The tower has three levels for visitors, with restaurant on the first and second levels.

Tickets can be purchase to ascend by stairs or lift to the first and second level. I was surprised to know that maintenance of the tower needs 60 tons of paint every seven years. Originally intended as a temporary exhibit, the tower was nearly torn down and scrapped in 1909. The city officials opted to save it after recognizing its value as a radio telegraph station.

There are 20,000 light bulbs used on the Eiffel Tower to make it sparkle every night. I was lucky enough to visit the Eiffel Tower during day and also by night , but I think it is most beautiful to visit at night.

A stroll through the white sands of Ibeno Beach

The Carnival of Ivrea: A war of oranges