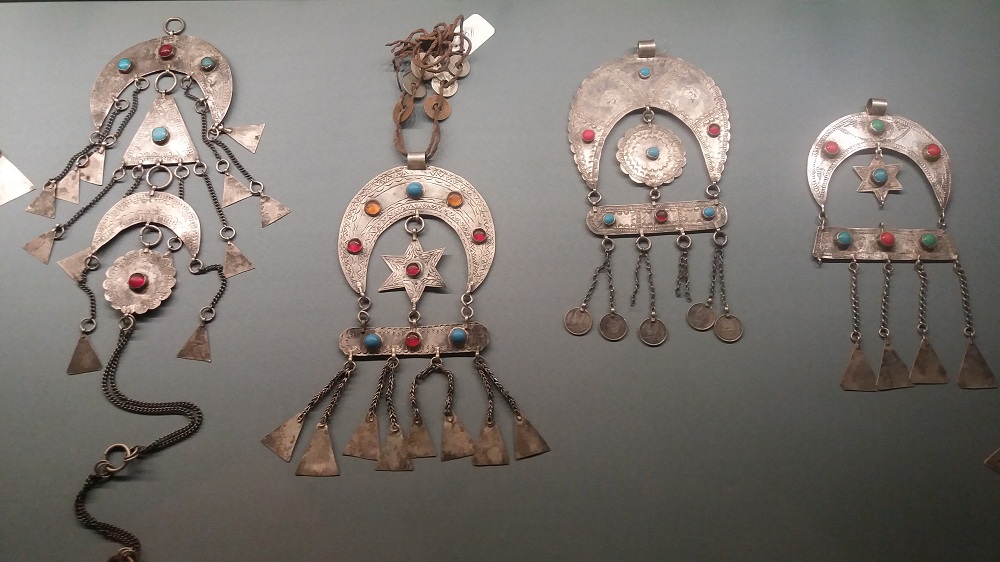 The ‘Egyptian Crafts through the Ages’ is a temporary heritage exhibition that was recently organized by the National Museum of Egyptian Civilization (NMEC), a project directed by the Government of the Arab Republic of Egypt with the technical support of #Unite4Heritage, a global movement powered by UNESCO that aims to celebrate and safeguard cultural heritage and diversity around the world.

NMEC is situated on the archaeological site of El Fustat, in Old Cairo, overlooking the Ain El-Seera Lake. What is remarkable about this museum is the fact that this is the first veritable museum of civilization in Egypt.

During the announcement of the launch of the temporary exhibition, Mahmoud Mabrouk, the exhibition’s designer, said that the museum showcase a collection of 400 artefacts selected from Cairo’s Egyptian Museum, Coptic Museum, Museum of Islamic Civilization and Al-Manial Palace Museum, as well as Alexandria’s Jewellery Museum and NMEC storage.

The exhibition was divided into four sections namely 1) Pottery making technique and decoration at the beginning of archaic periods to Coptic and Islamic eras 2) textile manufacturing through an ancient Egyptian process of weaving flax and tincturing with the help of natural colors 3)  Apprenticeship of Egyptian carpenters  4) Craftsmanship in the manufacturing of Arabesque.

Traditional crafts and craftsmanship is one of the manifestations of intangible cultural heritage. The NMEC temporary exhibition acts like a bridge between the past and present –transmitting heritage knowledge and skills from the previous generations to the new generations. As a result, it enhances the perspective of edutainment raising awareness of Egyptian heritage for visitors guaranteeing the sustainability for these crafts that are deeply rooted in the Egyptian culture.

The exhibition is classified under the category of heritage exhibitions– an informal means of transmitting knowledge that was admitted in UNESCO Convention for  Safeguarding Intangible Cultural Heritage (2003) and ensuring recognition of the crafts and craftsmanship as an intangible cultural heritage in the local community.

Heritage exhibition is a new technique of displaying and interpreting a specific material cultural including customs, habits, daily life routine, crafts and craftsmanship, and so on. This method is considered a professional technique embodying an intangible heritage and its cultural, historical, and artificial values for the visitors of a museum or a heritage site. In the same manner, it also safeguards and preserves transmitting of rich heritage knowledge to the forthcoming generations. Consequently, it will also operationalize a kind of documentation, continuity or sustainability.

You can virtually visit exhibition and learn about the museums in Egypt here.