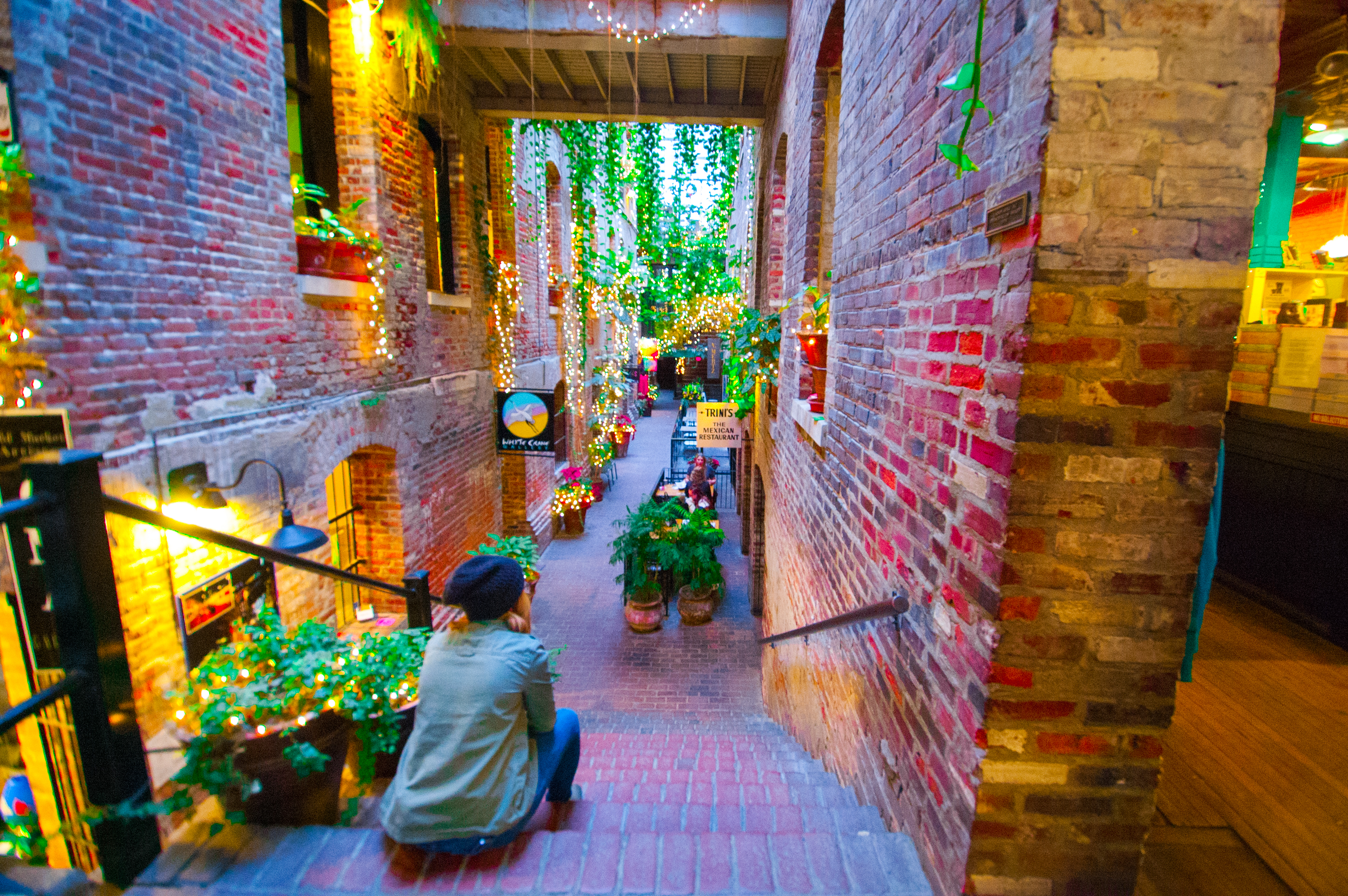 A photo walk through five historical buildings of the beautiful city of Omaha was organised in late January, 2017.A group of six of us was planned, but cold and flu season is upon the Midwest in the USA. I wasn’t not surprised when we lost a few on a Sunday Night. But we still  had a lot of fun and learned about the built heritage of the city.

Our group: 1. An Omaha Metro Native, born, raised, and settled here in Omaha. 2. An Omaha Metro migrant from Southeastern Iowa. With many years of living on the Iowa, Nebraska border, much, extra, heritage was shared on our ‘warm’ January afternoon.

The historical building we saw, was the last remaining structure of a four building brewery. The others were torn down. Prohibition halted it’s beer business, and as years passed the building’s purpose shifted to a business office. Yet, it’s beauty, history, and charm radiates from the brick and columns and giant windows.

The third: Omaha Bemis Bag Company, a flour company, until 1977. At this point, the building was donated to the City, then turned into artist lofts. Perhaps, this is one of the reasons why Omaha is in the top three places to live in America.

The fourth: The Burlington Building built in 1879. A building filled with wonder, secrets, and surprises. The remodeler Thomas Kimball added an interior courtyard, elevator, and a floor of octagonal bricks in 1899. The building wasn’t open while we were there. But we gazed through the open windows, so curious as to where the Indoor Courtyard was. After five minutes of running around, gazing through windows, and knocking on doors. We finally spotted it. It was so cool.

The fifth: The Hotel Howard. A structure created in 1909, built and ran as the epicenter for produce trade, originally The Howard drove economic prosperity in the Old Market. In 1970, the Howard officially transformed into The Hotel Howard as one of the first Tourist Attractions in the Old Market. Then it was renamed Mr. Toad after a childhood class, The Wind and the Willows.

We discovered other great little nuggets in the Old market while we bummed around, learned about history, and enjoyed beautiful architecture. An incredible day filled with culture, knowledge, and making heritage fun.

Factfile: The Historical Markets in London