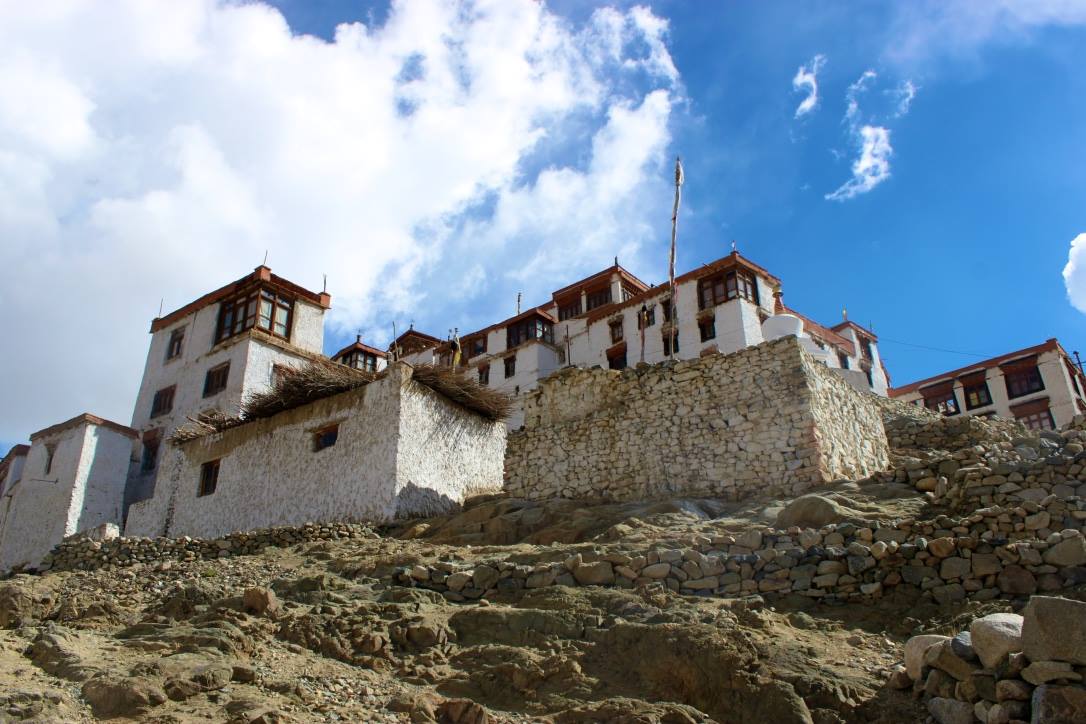 I live in Turkey, an earthquake prone location. I have a radio next to my bed, in case an earthquake should strike and phone connection is cut. Choosing earthquake resistant homes, maintaining the radio, and similar precautions make risk avoidance a little part of the every day life here. However, this article is not going to be about Turkey – but mainly about another earthquake prone country: India. Despite the 4,636 kilometers that separates them, there are many similarities among the two. A first glimpse shows that they both lean towards a combination of timber and masonry, and both seem to share a love for verandas, both open and closed, with their traditional buildings. I will explore the traits that are especially significant to the vernacular architecture in the northern part of India, the Jammu and Kashmir state, where years of adaptation to the environment have resulted in a vernacular heritage built to resist natural threats such as earthquakes.

In both India and Turkey, a combination of materials have been used, with timber elements within walls to secure traditional buildings. This is especially helpful in combination with masonry, and when using earth construction, with adobe and mud materials. Timber combined with masonry is common in both countries, and the Turkish hatıl corresponds in meaning and building style to the cator style in India, and the Turkish hımıs ̧corresponds to the Indian dhajji (Langenbach 2015).

India is a large and densely populated country, with regional differences, and a long history. There are many building techniques, design theories and architecture systems, based on cultural, religious and historical aspects and influences. It varies across the country along with the availability of building materials, cultural influences et cetera. It is per definition built for local purposes, and adapted to the local environment, taking local concerns into consideration. Sassu argues that the earthquake resistant methods and materials used in vernacular construction comes from a process of “natural selection”, as the methods and materials that previously have survived earthquakes are continued and strengthened (Sassu 2011).

This friction behaviour of the vernacular architecture is essential for its survival through earthquakes. The timber and masonry works together in resisting collapse during earthquakes, and it is the structurally integral construction that is essential in its successful resistance. In line with Sassu’s natural selection argument, a development can be detected in the amount of wood used through the times: Based on the current building techniques, and what has been done before, it seems that walls with many smaller panels performs better than those with larger and fewer panels of wood (Langenbach 2015). Despite there being numerous benefits to these vernacular practices, these are not necessarily further developed, used or learnt from due to practical challenges such as rapid growth and new available materials, along with other reasons (Kumar 2013). Akeeb Dar and Ahmad similarly argue that the vernacular heritage that has proven so earthquake resistant in the Kashmir region is under threat, as it is insufficiently recognized or considered today. The traditional buildings, with their unique construction and ability to withstand earthquakes, are being replaced by concrete buildings that are less resistant to such threats (Akeeb Dar and Ahmad 2014-2015).

The shared risk of earthquakes has affected both the Indian and Turkish building styles, and despite the distance and cultural differences, the two countries have arrived at some similar vernacular building styles and practices. The similar development of earthquake resistant vernacular construction in Turkey and India can be seen in also other earthquake prone countries, but there are also some exceptions, such as Nepal. It can be argued that Nepal has not developed a similar strong seismic culture, despite its earthquake prone environment (Langenbach 2015). This is obvious when looking at the enormous damages the earthquakes have brought with them, such as the one that hit in 2015.

It can be argued that traditional vernacular masonry buildings are sources of information that should be utilized, in terms of how to construct earthquake resistant buildings. Langenbach argues that masonry has been facing undeserved negative reviews in the aftermath of earthquakes, and that the focus has been on their weaknesses rather than their strengths, and how these can be further developed (Langenbach 2000). By giving these vernacular building styles the attention and consideration that they deserve, one can take advantage of the knowledge that has been developed through centuries, in different parts of the world. Heritage is knowledge about the past and a basis to understand also the present. The vernacular heritage is no exception, and its survival through major challenges such as earthquakes can prove to be valuable knowledge and insight into how to prepare for future threats.

Kumar, A. (2013) “Vernacular practices: as a basis for formulating building regulations for hilly areas”, International Journal of Sustainable Built Environment, Vol. 2, No. 2.

Langenbach, R. (2000) “Intuition from the past: What can we learn from traditional construction in seismic areas”, Proceedings of UNESCO/ICOMOS International Conference on the Seismic Performance of Traditional Buildings, Istanbul, Turkey.

“A Pile of Stones is Better Than a Pile of Gold”: Glimpse into Lebanese Vernacular Architecture