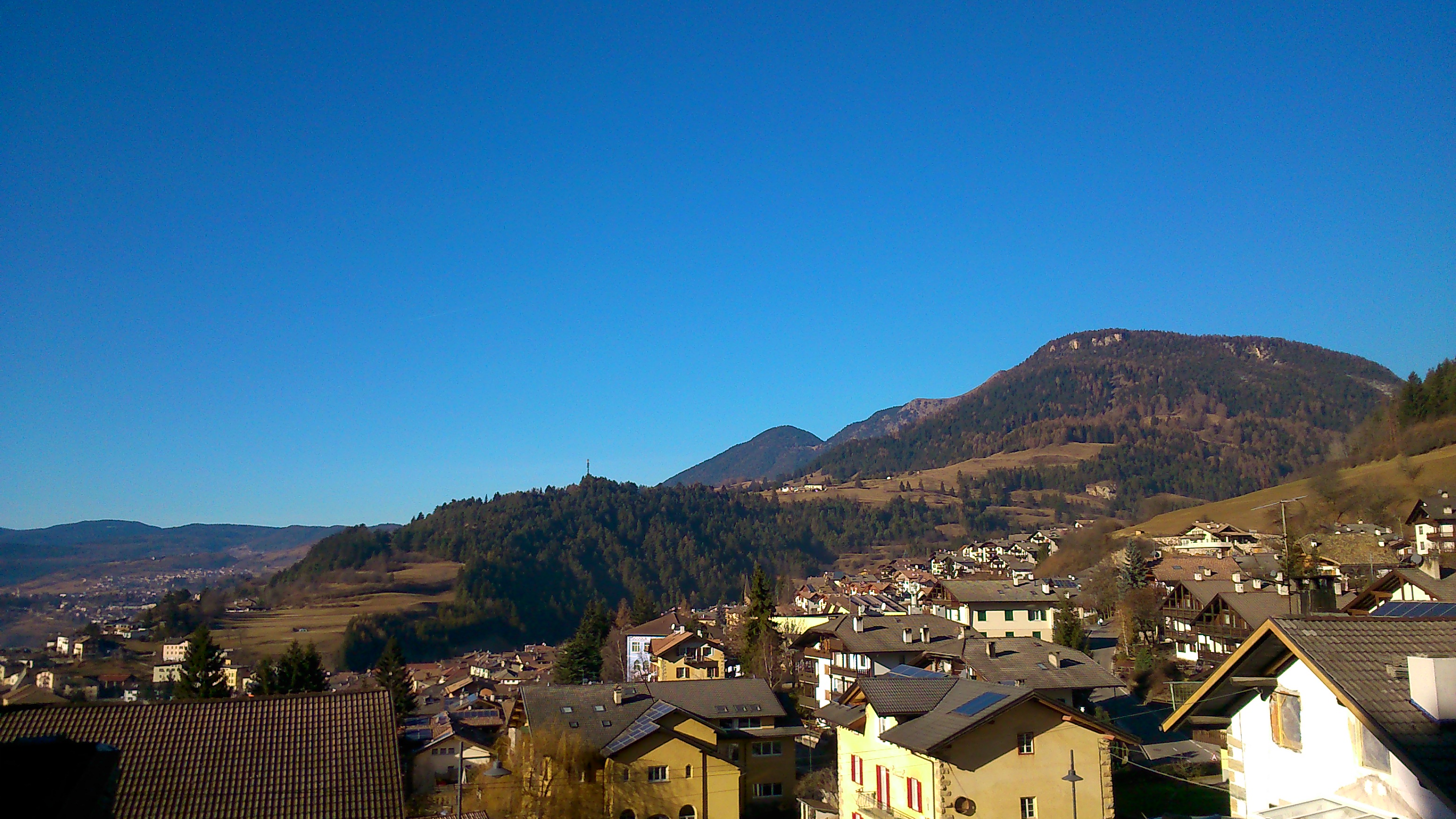 Dolomites are a mountainous group located in northeastern Italy, between the counties of Bolzano/Bozen, Trento and Belluno. They are part of the Alpine chain and extend from the river Adige (the second longest river of Italy) in the west to the river Piave in the east, and from the Puster/Pusteria Valley in the north to the Sugana Valley in the south. Highest peaks are the Pale di San Martino of the Marmolada complex (3300 meters) and the Antelao of the Rosengartenspitze / Catinaccio complex (3200 meters). The exceptional value of Dolomites does not however come from the height of the mountains, since western Alps reach 4000 meters, but from the geological composition of the reliefs. Dolomites mountain chain comes from the rock Dolomite, an anhydrous carbonate mineral composed of calcium magnesium carbonate. It was first described in 1791 as a rock by the French naturalist and geologist Déodat Gratet de Dolomieu (1750–1801); the mineral was named in March 1792 by Nicolas-Théodore de Saussure <<Dolomites>> after De Dolomieu. Moreover, the dolomite rock can assume a spread variety of colours, from grey to pink, from yellow to light brown.

According to Unesco, (http://whc.unesco.org/en/list/1237) << Dolomites feature some of the most beautiful mountain landscapes anywhere, with vertical walls, sheer cliffs and a high density of narrow, deep and long valleys. A serial property of nine areas that present a diversity of spectacular landscapes of international significance for geomorphology marked by steeples, pinnacles and rock walls, the site also contains glacial landforms and karst systems >>. Dolomites are preserved by several parks and reserves, and the most important is the National Park of the Bellunese Dolomites, which is responsible for promoting, conserving and documenting the region. Dolomites are also extremely rich from a historical, architectural, anthropological and linguistic point of view. They preserve many excellent examples of traditional alpine religious and common architecture, and some interesting urban agglomerations. Although the region had been divided for centuries between various political authorities (namely the Holy Roman-Germanic Empire, the Principate of the Trento Bishops, the Republic of Venice), still today it is, culturally speaking, harmonically variate but coherent. Biggest urban centres, like Belluno, Feltre, Cortina D’Ampezzo and Cavalese have a relevant artistic heritage, from Roman times to Middle Ages and Renaissance. As long as languages are concerned, Dolomites are a multilingual region par excellence, encompassing Trentino, Feltrino and Bellunese languages of the Italoromance family, Ladin of the Retoromance family, and Tyrolese of South-Germanic languages. For all of these reasons, Dolomites can be considered one of the most important natural and cultural landscape of Europe, as well as an exceptional biodiversity reserve.

Coming to #makeheritagefun initiative, I can say it was a great opportunity for me to learn more about this fascinating region. I have visited it several times, I was informed when it was declared Unesco World Heritage, I have many friends who live, or used to live there, but still I had a limited knowledge and awareness of its richness and variety. I also think that promoting on social media culture in general, and cultural sites in particular, is one of the most attractive challenges of today. According to me, and taking in consideration that it is a controversial issue, people seem to appreciate some more cultural content in their everyday life, and not only in an edutainment perspective. Moreover, it is urgent to remember to everyone how precious (and fragile) is our living place, and how diffused cultural heritage is. That’s why I do believe in #makeheritagefun.
The Dolomites – Italy

The Medieval City of Rhodes

Visit To The Gigantic Hanuman Mandir