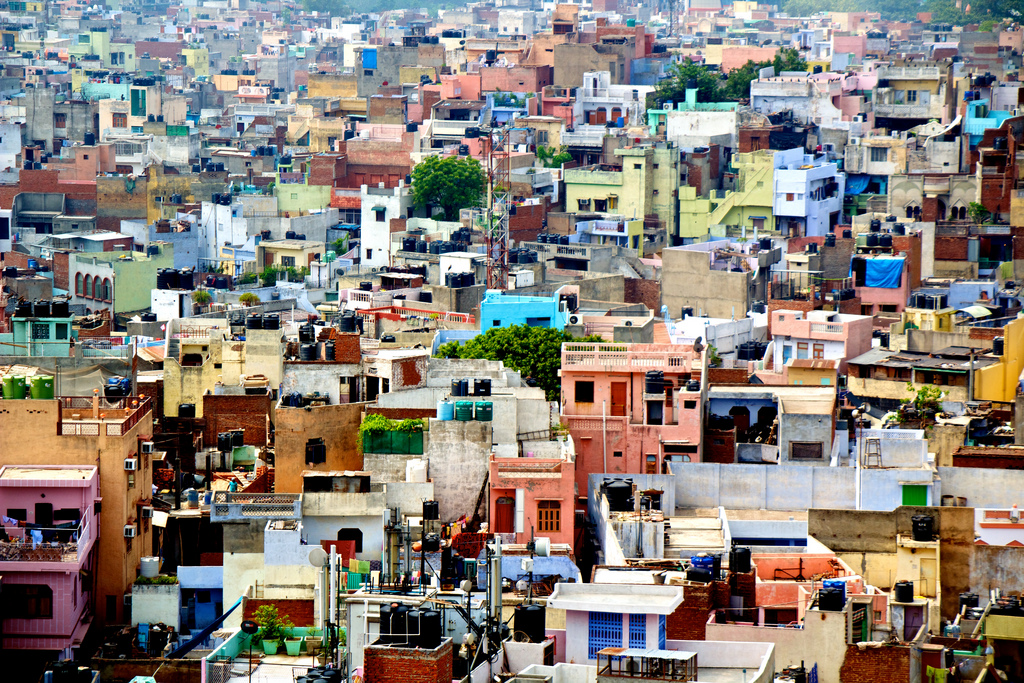 Old Delhi is a walled part of New Delhi, founded by Mughal Emperor Shah Jahan in 1639 and originally named Shahjahanabad. It remained the capital of the Mughals until the end of the Mughal dynasty and was later rechristened Old Delhi by the British. It offers spectacular pieces of architecture, mouth-watering variety of food and living, breathing piece of history.

Food forms an extremely important part of Dilli 6 (popularly used because of its pin code), and it attracts a large number of people from different parts of the world for its delicious kebabs, parathas and lots more. The heavenly aroma of food literally liberates the taste buds here. Acclaimed by national and international food guides, the food will never fail to tempt you. The cuisine is generally dominated by meat and also offers hot parathas, chaats and sweets. The famous Paranthe Wali Gali is a narrow street located in Chandni Chowk and has a series of shops offering parathas, a fried Indian bread which is stuffed with fillings and served with mint chutney, tamarind chutney, pickles and curries. Over 30 variety of parathas are available. The Ghantewala Halwai is one of the oldest sweet shops in India, founded in the year 1790. It is famous for its sohan halwa and karachi halwa along with badam barfi, pista samosa and motichoor laddoo.

Old Delhi is also known by its extravagant Mughal architecture, with plenty of grand mosques and buildings. The Red Fort is named for its massive walls of red sandstone and its proximity to the Salimgarh Fort. It was a political and ceremonial center for the Mughals. Constructed in 1648 by Shah Jahan, the architecture reflects the fusion of Persian and Timurid traditions, along with a huge beautiful garden. It was designated a UNESCO World heritage site in 2007. The Red Fort has an area of 254.67 acres enclosed by defensive walls. The marble, floral decorations and double domes in the forts buildings exemplify later Mughal architecture. Located in Chandni Chowk, Jama Masjid is one of the largest mosques in India. The mosque is built on red sandstone porch which is about 30 feet from ground level. The courtyard can accommodate 25,000 people. The Red Fort stands opposite to Jama Masjid. The floor is covered with white and black ornamented marble to look like a Muslim prayer mat. Beside it, a thin black border is marked for worshipers.

Moreover, old Delhi has its own charm and if one comes here, one experiences a whole different vibe from the otherwise fast paced city life. People are busy but also a little laid back, one can take the time to explore new unexplored streets and find something wonderful, hidden away from the naked eye. It is also one of those places where photographers come very frequently, due to the streets being so colorful and vibrant at all times.

Crafts of India: Traversing through the cultural heritage fabric