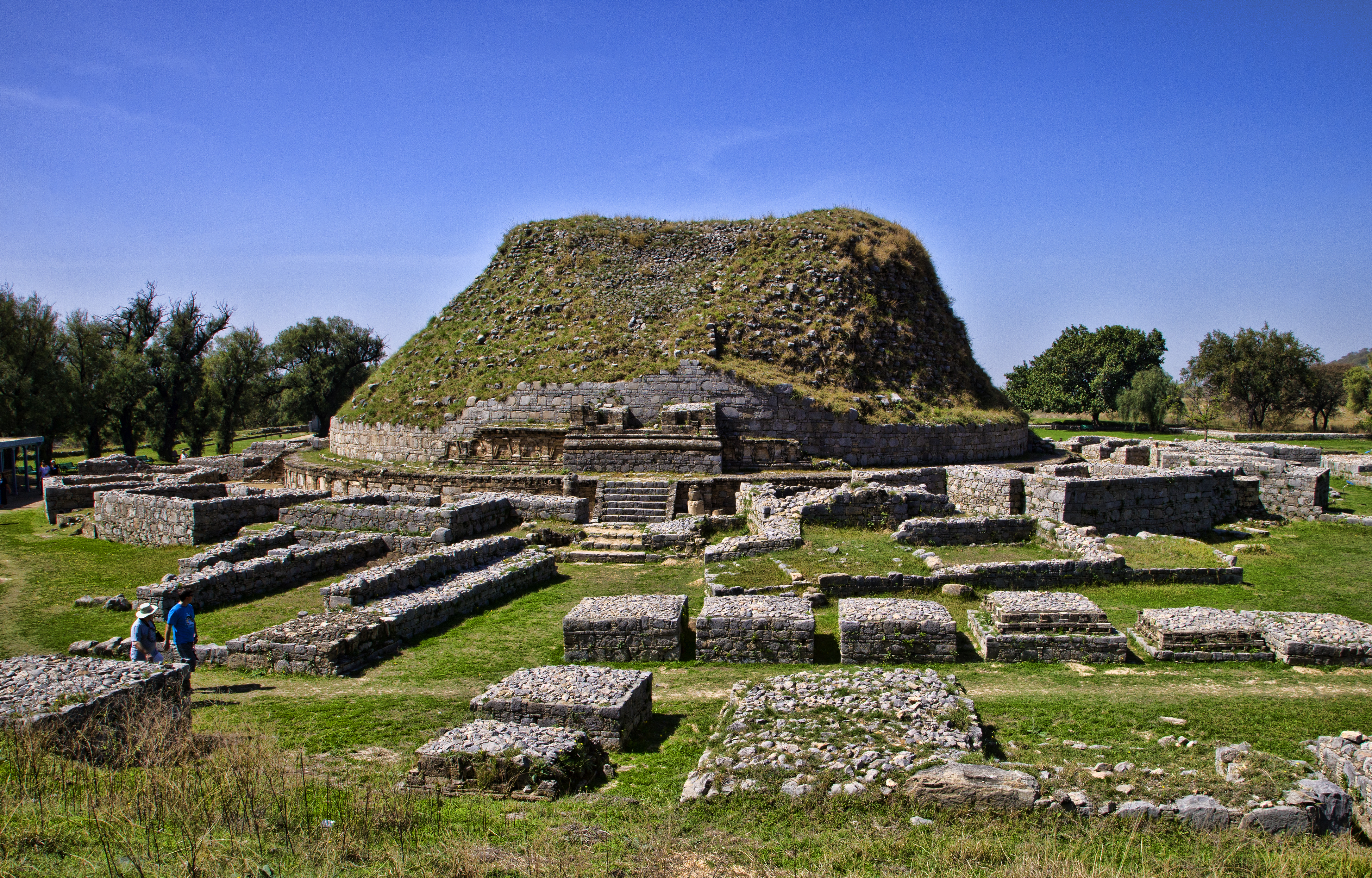 The Dharmarajika stupa was constructed in 2nd century A.D., part of the eight shrines built in 3rd century B.C by Emperor Ashoka.

Among the six World Heritage sites in Pakistan, Taxila deserves a special mention as it made its way to the UNESCO list in 1980s. It has proved its mettle by being an abode to diverse historical sites including Buddhist monasteries and stupas such as Dharmarajika, Mohra Muradu, Jaulian just to name a few, settlement sites or cities such as Bhir mound, Sirkup, Sirsukh and mosques belonging to medieval era.

The stupas and monasteries have also been recorded by Hiuen-Tsang, the famed Chinese pilgrim, when he discovered that several monasteries (sangharamas) were situated in Taxila valley. Taxila was historically known as Takhshasila, a humble abode of Buddhism and for Buddhists, where the religion saw its rise and descent. According to historical records, King Ashoka of Mauryan dynasty, is given the credit for constructing numerous religious monuments with the purpose of diffusing Buddhism.

Likewise, the great Dharmarajika stupa was constructed in 2nd century A.D., part of the eight shrines built in 3rd century B.C by the emperor. The great stupa is accredited for being one of the earliest Buddhist monuments. According to the famed scholar, Sir John Marhsall, when referring to the value of Dharmarajika stupa, the name Dharmaraja was attributed by Ashoka for himself and the original stupa had been constructed by him, the current one being built later on top of the original construction.

The Tamra rivulet plays an important part in the construction of the early monasteries and stupas, as they are all placed near river water or sweet-water springs. The Dharmarajika is “located south of the Hathial spur, on an eastern route along the Tamra rivulet. There are several other monasteries on this route but The Dharmarajika is nearest to the Bhir mound and Sirkap”(Dani, 1986), both of which are Taxila’s ancient urban settlements.

According to scholars John Marshall and Ahmed H. Dani, the Dharmarajika stupa was a relic depository monument. Called a dhatu-garbha stupa, there is a strong possibility that the main stupa might have been erected over the relics of the Buddha. The Dharmarjika is locally known as Chir tope – chir meaning a scar and tope referring to top of a hill- relating to a split scar on the western face from where the relic was stolen from the chamber in the nineteenth century. This great stupa was a source of inspiration which led to the construction of further subsidiary stupas around the monument.

The Dharmarajika is circular in plan with a 45 feet tall drum, “and has a raised terrace around its base and four flights of steps, one at each of the cardinal points, the whole being surrounded by a paved ambulatory passage, the exterior of which is further encumbered by numerous votive stupas. The dimensions of the main stupa, including the terrace and the steps, are given as 150 feet from east to west and 146 feet from north to south, with the body of the Great Stupa having an average diameter of 115 feet and the berm projection of 8 feet and the steps a further projection of 8 feet 6 inches.” (Dani, 1986), thus demonstrating the greatness of the structure. The stupa is surrounded by an ambulatory passage which has been encroached by the subsidiary stupas at several places.

The monastic area of the complex consists of several monasteries belonging to different periods built according to contemporary requirements of the time. The original stupa was decorated with many sculptures of Buddha and friezes from the jatakas. Many significant artifacts were also discovered in the initial excavations, ranging from donated coins, relics and jewelry. Kanjur stone, lime pilaster, rubble masonry and glass are some of the materials used in the construction. It is believed that the stupa was crowned with a seven-tier umbrella stone, which has now collapsed.

The first excavation of the site was undertaken at the time of Sir John Marshall from 1912-16 which he later published, in one of his well-known works, ‘A Guide to Taxila’. The Dharmarajika gives us insight into the rise and fall of Buddhism in the region, and it is a significant monument as it belongs to the earliest Buddhist religious monuments.

However, The Dharmarajika, today is in shambles but it is revered by Buddhist followers who sometimes visit, pay homage, and perform religious rituals of the dharma at the stupa.

The Bangalore Palace: A European-Classical Marvel