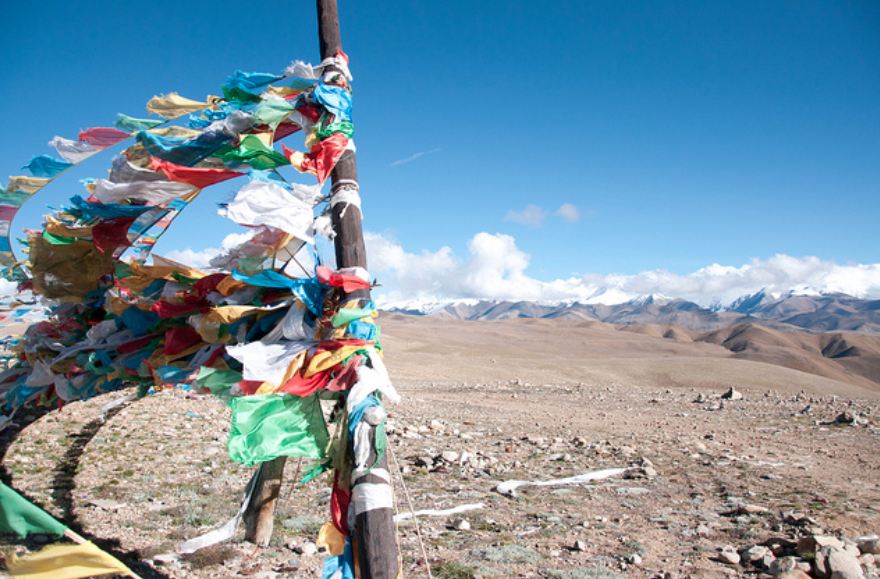 The Himalayan people’s diversity reflects through their architecture, their languages and dialects,their rituals and beliefs, and even their clothing. This is typified by the shapes and materials used in building their homes. Another example is the pattern and color displayed on their handwoven textiles. Some also place a great deal of importance on jewelry like the Rai and Limbu women wear nose rings and gold earrings to show their wealth.
The Himalayas spread across five countries -India,Nepal,Bhutan,China and Pakistan.
Four noticeably different cultural groups exist in the Himalayas-Buddhist (Tibetan),Hindu (Indian), Islamic (Afghanistan -Iran) and Animist (Burmese and South -eastern Asian).

Hindus practice their religion by “doing puja” making offerings and prayers to specific deities. They personified the Himalayas as Himavath, the father of the goddess Parvati. The Himalayas are also considered and known to be the father of the river Ganges. Lord Shiva is also believed to live in the Mountain Kailash, considered a sacred peak to the Hindus. Also,the Saligrama are among the sacred places of pilgrimage mostly used by the Hindus because of the presence of the sacred black rocks called saligrams.

The Buddhists also attached a great deal of importance to the mountains of the Himalayas. Some worship mountains as their life-giver, preserver and protector.
Within Buddhism there is a hierarchical order, with highly esteemed “lamas” occupying the positions of greatest influence. Monks and nuns (of all ranks) wear maroon robes, shave their heads and embrace celibacy life. Hindus and Buddhists believe in reincarnation. This means an individual’s good actions in life will grant him or her freedom from the cycle of life. Hindus cremate their dead ones. Usually in the Hindu tradition, the dead are cremated on a river bank. Customarily, the male child performs the funeral rites.
Buddhists also cremate their dead ones. “Sky burials” are performed by others. Here, corpses are cut up and left at sacred sites for vultures to carry away.

Paro Taktsang (a notable example of a religious site) in Bhutan is the holy place where Buddhism started. Another place of pilgrimage for the Tibetan Buddhist is the Muktinath. The Tibetan Buddhists believe that poplar grove trees came from the walking sticks of eighty-four ancient Indian Buddhist magicians or mahasiddhas. This particular set of people consider and take the saligrams to be representatives of the Tibetan serpent deity known as Gawo Jagpa.

The Himalayas experience different climates, because of the large size, huge altitude range and complex/rugged topography of the Himalayas. They are considered to be five seasons, namely:summer, monsoon, autumn (or post – moonsoon),winter and spring.
Tourism has been a stimulating factor for the development of the various Himalayan regions but it has not been without the challenges of noise and air pollution caused by vehicles and tourists. This has also led to overuse of water resources, thereby resulting in water scarcity especially in some high-altitude areas.

The Himalayan people used plants from the forests to treat conditions like coughs, snake bites, bronchitis and wounds. For example, leaf and stem paste from an arachne cordifolia is used for wounds and as antidote for snake bite. The people usually preferred to be treated by medicinal plants. Some animals are also associated with the Himalayas. The mountain’s elevation is a determining factor for the animals to live on them e.g. rhinoceros and elephants live in the lower elevations of the Himalayas, also known as Terai region. These mountains are also home to Kashmiri stag, black bears, musk deer, langur, and snow leopards. The Tibetan yak which is often used by the people for transportation is also found on these mountains.The Himalayan people rely on animal husbandry, yak and sheep breeding.

They produce various yak derivatives like butter, cheese etc. Nomadic pastoralism and living with herds of animals is quite common in this region. Many people of the Himalayas rely on fishing and hunting. They live as farmers, growing cash crops like barley, cotton, ginger, jute and tea. Some of the people of this region trade in tea, wool, cloth, salt, pelt, dried meat, sheepskins, carpets and silk.

The indigenous culture of the region is diverse and filled with elements of pastoralism.The cold doesn’t deter the communities that live within the young foothills. It only strengthens their resolve to thrive.

Why preserving our forests is imperative

The Bhatial songs of Bangladesh’s rivers