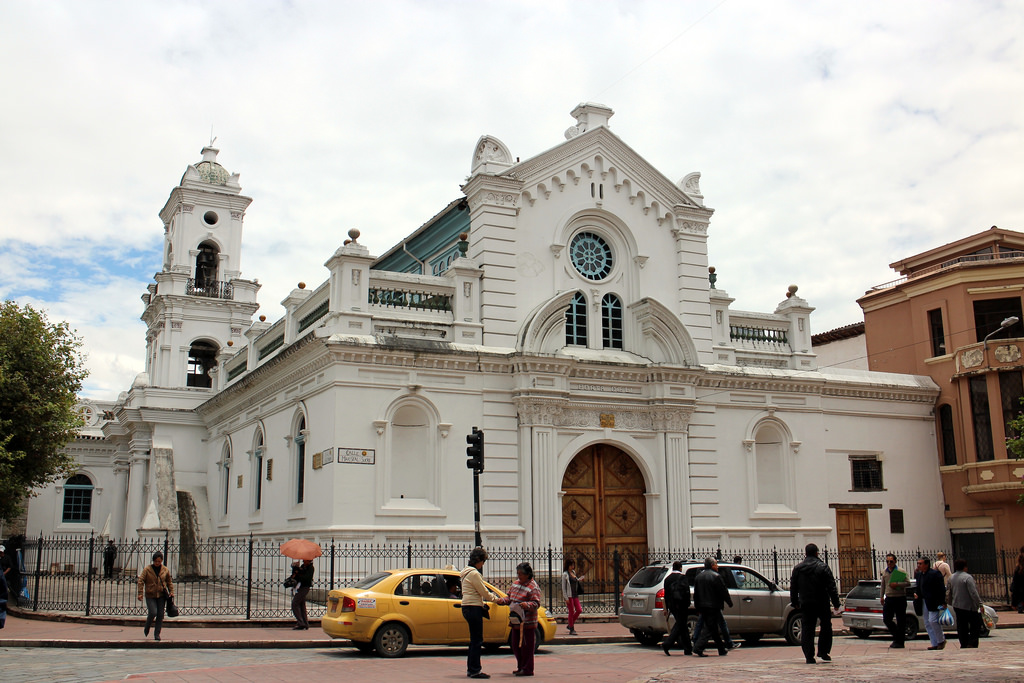 Since the foundation of the city in 1557, religion has been one of the most important elements for the people in Cuenca. Like any other city founded by the Spanish, we have a park, a church and the municipality. The difference with the others is that our city has two cathedrals facing each other.

The Old Cathedral was built in 1557. It has some of the most antique neoclassic altars. In front of this church we have our Cathedral, the symbol and expression of the soul of the people of Cuenca, devised by Bishop Miguel Leon as a monumental testimony of the faith of its people. It took almost a century to build it. Currently, it is one of the places most visited by devotees and foreign tourists (Vargas, 2005).

It was designed by the architect brother Juan Stiehle, who sought to harmonize traditional and modern styling techniques, using marbles of the zone in its columns and coatings. Also, the need of lighting inside this place, allowed the creation of stained glass with religious motifs (Vargas, 2005).

The representation of art of the time was within the churches, in the form of iconographic drawings of Saints as well as Jesus Christ. There are also an array of sculptures within the structure crafted by local and international artists. The work of sculptor Gaspar Sangurima, one of the most important artists in Cuenca, is also housed here. His sculptures of Christ are placed all over the country. Another important artist was Jose Miguel Velez. He also made Christ sculptures known nationally as the “Christs of Velez”. The next generation of sculptors were Daniel Alvarado and Angel Figueroa. They continued working in the field of art and also created work and art spaces in the city (Astudillo Ortega, 1955).

Even today, citizens are going to churches as devotes and tourists to appreciate the work of these artists and the monumental architecture of our churches.

The National Museums of Lamu

Lilongwe War Memorial Tower: The tower that tells a story