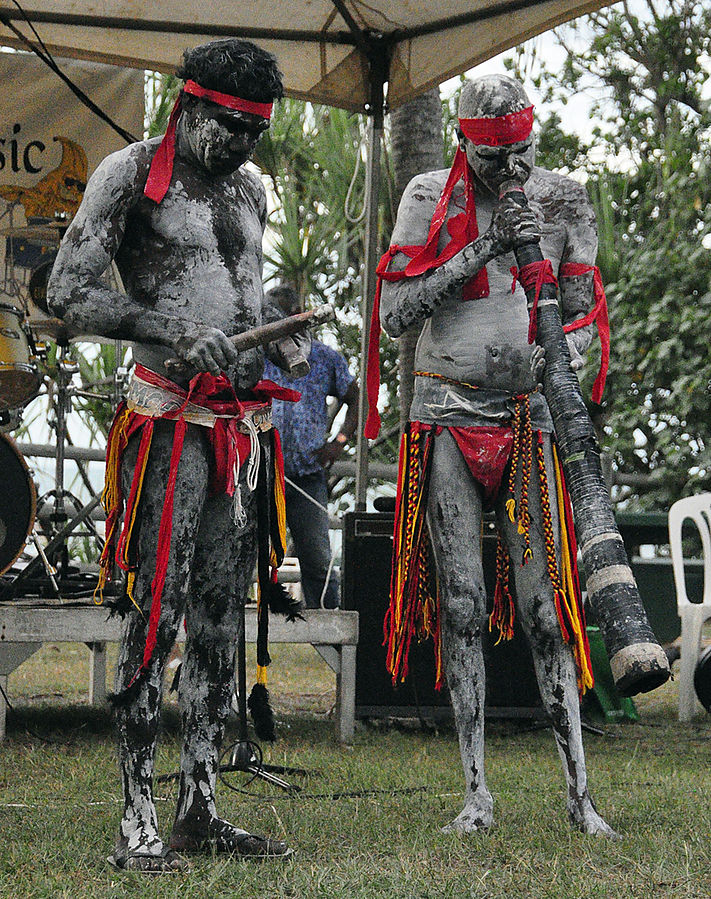 Prior to European settlement, Aboriginal people inhabited every area of Australia, and Torres Strait Islanders lived in the islands between Australia and Papua New Guinea. These people today are known as Indigenous Australians, or the First Australians and they were and still are extremely diverse, coming from over 500 different ‘nations’ or clans, which have a wide variety of cultures, traditions, crafts, and languages. The Australian Institute of Aboriginal and Torres Strait Islander Studies (AIATSIS) has produced a map of Indigenous Australia which shows this diversity. You can find it here.

After the European settlement, the Indigenous culture was disrupted as people were removed from their land and forced onto settlements. From 1905 to 1969 the law allowed the removal of children of Aboriginal or Torres Strait Islander descent from their families, meaning these children were not taught their traditions, and many practices nearly died out. These included many traditional crafts which had been passed down for thousands of years.

The boomerang, in many different designs, has been used by Indigenous peoples from many parts of Australia for over ten thousand years. It is most famous for its ability to spin around and return to the thrower. Though today the boomerang is largely viewed by tourists, and indeed many Australians, as a toy, it was in fact an important tool for Aboriginal hunters. They could be thrown, for example, at a group of birds hiding in long grass to cause them to fly into waiting nets. Boomerangs which do not return are also common, and were used largely as weapons to take down animals both large and small.

The secret of the returning boomerang is its airfoil-shaped wings, and its angular momentum when thrown correctly. Indigenous inventor David Unaipon (1872-1967) created a helicopter design which was largely based on the boomerang. Unaipon also invented a sheep shearing handpiece which is the basis of modern shears, was also the first Aboriginal author to be published and a prolific public speaker on Aboriginal culture. He today features on the Australian fifty dollar note.

The didgeridoo is a traditional instrument of Indigenous Australians from northern Australia. It is made from the wood of trees attached by termites. Termites hollow out these trees but leave the exterior sapwood, creating the necessary shape for the instrument. Traditional craftsmen find a suitable tree through the use of tapping tests, tools, or simply by intricate knowledge of termite activity in the area. Once a suitable tree is found, the craftsmen cut down the tree, strip its bark, and then shape and clean the instrument. The didgeridoo can either painted with elaborate design or left unmarked.

The didgeridoo was used to accompany ceremonies, and this purpose continues to this day. However, the instrument is also played recreationally by Indigenous Australians, and non-Indigenous peoples. Many modern designs are considered non-traditional, as they often have different shapes and are made from non-traditional materials such as PVC.

Made with possum pelts and stitched together with animal sinew, these cloaks were worn by Indigenous peoples who lived in the south-east of Australia. These are the colder parts of Australia, and the cloaks were an important way to keep warm. They were also waterproof and provided protection during the wet winter months.

The cloaks were extremely significant to the wearer, as intricate designs made by incisions and ochre symbolised their life, family history and achievements. Babies would be wrapped in a cloak after their birth, and this cloak would often stay with that child throughout their life, with new pelts sewn on as they grew. In some regions, people were buried with their cloaks.

Today there is a new effort by Indigenous Australians to revive the possum skin cloak. Workshops are held across Victoria, New South Wales and South Australia. At the 2006 Commonwealth Games held in Melbourne 35 elders from different Indigenous groups wore possum skin cloaks at the Opening Ceremony.

For general information about Indigenous Australia and its cultural heritage, you can start with the Australian Government website, or the Australian Institute of Aboriginal and Torres Strait Islander Studies.

More specific information on the history of Indigenous cultures in South East Australia can be found at http://koorihistory.com