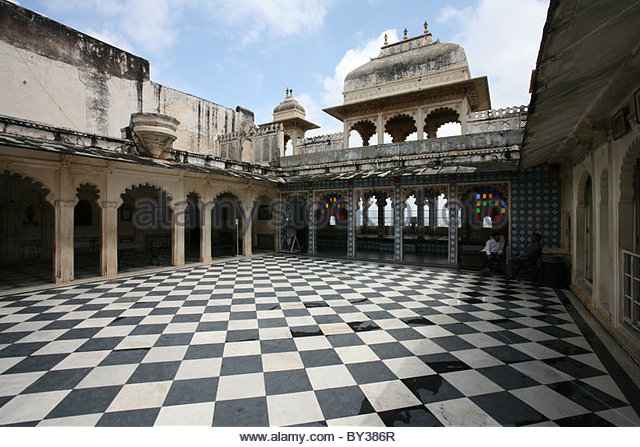 The built vernacular heritage is usually constructed regarding the interaction between the human being and the surrounding environment, whatever its type, that to be subjected to the social, economic, cultural, and climatic factors. In October 1999, International Council on Monuments and Sites (ICOMOS) asserted through “Charter on The Built Vernacular Heritage” that,

“The built vernacular heritage is a focus of contemporary life and at the same time a record of the history of society. It is the fundamental expression of the culture of a community, of its relationship with its territory and, at the same time, the expression of the world’s cultural diversity. Vernacular building is the traditional and natural way by which communities house themselves. It is a continuing process including necessary changes and continuous adaptation as a response to social and environmental constraints. (International Council on Monuments and Sites (ICOMOS), 1999)”

In the same charter, the legislator clarified a significant pattern that “the appreciation and successful protection of the vernacular heritage depend on the involvement and support of the community, continuing use and maintenance (International Council on Monuments and Sites (ICOMOS), 1999).”

Regarding the former text of ICOMOS charter, we can recognize that built vernacular heritage spells out the intricate relationship between community, their needs and the surrounded environment. Moreover, the majority of the scholar has been asserted that we can know more about the community life through their architecture and the layout of their settlements (Gupta, 2016). In addition, the differentiated traditional settlement typology was gradually increased after the human race begins to gather in groups (Gupta, 2016). Consequently, my article will clarify the influences of community interactions on built vernacular heritage. Although I live in Cairo, through this article, I will exchange this perspective with Indian civilization and its traditional architectural heritage.

The influences of community interactions in India clearly appear on the features of their traditional architectural dwellings or settlements such as terraces, pavilions, threshold and courtyards (Gupta, 2016). Article will be highlighted on the former feature which is considered one of an important and common pattern in Indian traditional architectural heritage settlements.

Regarding the history of Indian built vernacular heritage, the architectural component “Courtyard” is considered so significant that it might play a role of sacrificial altar or a place for family marriage. Thus, Indian architectural formation met with the needs and wants of the traditional family system. Myneni mentioned in his article that “the total number of courtyards in one residence could sometimes be five to six.”(Myneni, 2013, p. 634)

Indian archaeologists discovered a mud brick-constructed settlement which dates back to around 6000 B.C (Myneni, 2013, p. 633). Those archaeologists found the rooms of this dwelling surrounding a central courtyard. From my point of view, this feature is coming back to the effect of social aspect that the major of mud brick-constructed houses in Egypt have this feature “a central courtyard” – which Egyptians called it by vulnerable language “Wist el-Dar”, the centre of the house – that to soothe down the hot weather as well as all member of Egyptian family gather in. In the settlements of Athangudi, we can observe, regarding the cultural requirements of the community, the different function for the courtyard that the family members collect regularly through the water of rains, as well as small courtyards as an interaction space in order to activate the household activities. (Myneni, 2013, p. 635)

Now, we will view together the significance of a courtyard in Indian traditional architectural heritage within two case studies in Rajasthan and Kerala. Through the common architectural form in these two Indian cities, we can observe the courtyard as a key fundamental architectural component in its vernacular settlements saving the privacy of householders. “The courtyard house is traditionally called Haveli in North India, Wada in Maharasthra, Rajbari in West Bengal, Deori in Hyderabad, Cathurmukham in Tamil Nadu, and Nalukettu in Kerala (Susilo, Issue no. 2, p. 8).”

In Rajasthan, courtyard spaces create an adaptive environment and to enter beautifully light and ventilation to the house rooms. Bahl was mentioned that courtyard is the core of Havili architecture[1] and a transition phase between the public places and the private places in the same settlement. This architectural interaction encourages the inhabitants to act their activities responding to their private requirements. On the other hand, the householders put their pull beds during summer nights and sleep in the central courtyard enjoying by sky and stars. So, the courtyards in Rajasthan settlements are considered “the heart of Indian livings”. Architecturally, the layout of courtyard corners is based on the construction type and the householders, that its design is very symbolic according to the socio-economical lifestyle, art and cultural attitudes of them who request artists to paint drawings on the courtyard walls from the religious scenes, the daily life routine, or the society believes. In vernacular buildings, the courtyard is majorly arranged in regard to the human proportion in order to create it as a peaceful environment to invest. Indians called these open spaces by “Brahmastana”, the genius loci of the house. (Archinomy, 1992; Bahl, 2014)

Furthermore, we will display the architectural aspect “Courtyard” within another Indian city “Kerala”. Kerala state geographically has about 50 traditional architectural settlements. Although some of modern Kerala houses are respectively followed the architectural concept “Courtyard” in its layout, the central open courtyard is considered an old distinguished feature for Kerala architecture which called traditionally by Indians “Nadumuttom”. Courtyard in Kerala architecture divides the settlements to four sections creating an open-air space exactly in the centre of the settlement. Old houses or dwellings, that were followed this architectural style, called as “Nalukettu” settlements which were of Brahmins, landlords and the royalty. (Kerala Architecture, 2016; Susilo, Issue no. 2, p. 1)

Classical Indian architects called a vernacular architectural term “Veedu“, on the houses in Kerala, that the architectural system of the joint family houses. It is “a very common vernacular term for house among the tribal communities.” Veedu is an Asian term that was used in some places of northern Srilanka for the major kind of residential architecture. Those architects appreciate the concentric layout of settlements specifically of the Sala or hall. Regarding that, there are some houses which called “Catusala“, to be so associated to the local Indian architectural term Nalukettu, a four-hall settlement/courtyard settlement. The houses of Muslims and Christian Syrian in Kerala is simply considered the most houses which were structured regarding this indigenous-vernacular architectural style Veedu/Catusala with a central courtyard. (Susilo, Issue no. 2, p. 5, 6)

In conclusion, we observed the importance of courtyard in Indian traditional architectural settlements and its role that to play in the daily life routine of Indians especially in Rajasthan and Kerala. Moreover, article displays some of the social activity’s effects on the structure of Indian built vernacular heritage and how Indian people, e.g. in Kerala, come back using their old structure in the layout and construction phases.

Susilo, I. W. (Issue no. 2). The Living Culture and Typo-Morphology of Vernacular-Traditional Houses in Kerala [Academic Website]. Retrieved August 27, 2016, from www.asianscholarship.org/asf/ejourn/articles/indah_w.pdf

[1] Haveli architecture is a unique vernacular architecture form that flourished in the 18th and 19th century in the pre-Partition western India, particularly in Rajasthan and Gujarat. Influenced by cross-cultural currents from central Asia, Islamic Persian and Rajput architecture, the haveli architecture was a direct response to the regional climate, while being a mirror of local art and landscape. Haveli means a mansion, and the word was derived from Arabic — probably taken from the Persian word hawli, meaning an enclosed place. The term was first applied by the Vaishnava sect for their temples in Rajasthan and Gujarat. Later, the architectural form was adopted for individual mansions. Standing as a symbol of power and prestige, haveli householders were the noblemen, landowners or successful merchants. They housed a complex social organization formed from the householders’ family, servants, storytellers, lady companions and sometimes even slaves. (Bahl, 2014)

How the Silk Road Influenced the Architecture Through the Cities.

The Towers that Watched Over the Ancient Fisherman Village in Sardinia