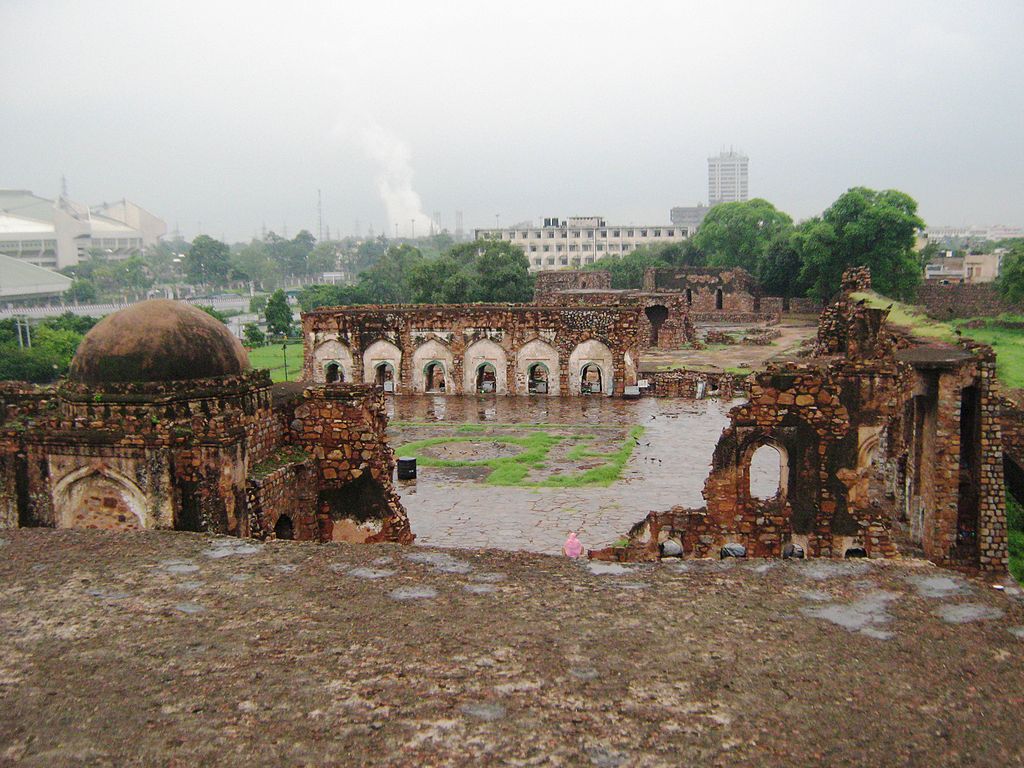 One of the places to visit away from the hustle-bustle in the city – the Kotla Feroz Shah Fort near Bahadur Shah Zafar Marg, between Old Delhi and New Delhi. With an entry ticket of Rs.15/- for Indians and Rs.200/- for foreigners the place is all set to explore. I wonder how the historic fort has become a picnic spot for me and my friends! How I find the place so serene and peaceful! How I want to know all about the mystery of its world of Djinns! How I  too want to write a letter to the jinns in the hope that my wishes will be fulfilled! I cherish this historic treasure of my city and therefore today I bring fore the story of Kotla Feroz Shah.

Feroz Shah Tughlaq, the then Sultan of Delhi (r. 1351-88) established the city of Ferozabad. It was declared as the new capital of Delhi Sultanate. The Kotla Feroz Shah was included as the citadel of the city. The city was the emperor’s vision of Delhi. The main motive to build the city was to develop a capital on the banks of river Yamuna. There have been glowing descriptions recorded about the city. Historians have given detailed accounts about the citadel and the beauty of Ferozabad.

The fort of Feroz Shah houses various structures within its complex. Its buildings were once high and beautiful but today only the ruins remain. The priceless stones erected in the monument, the paintings are all extinct now yet, the influence of the buildings remain strong and powerful.

The fort complex houses a mosque – Jami Masjid, Ashokan Pillar and a Baoli.

The Jami Masjid is very ancient in its existence. Although most of the monument is into ruins, the mosque is still surviving and is still in use. The architectural design of the mosque was beautiful and very wide. The mosque included a large courtyard and a prayer hall which is no more in use. It is said that the Prayer Hall was used by Royal ladies .

People visit the mosque in large numbers to perform prayers. The fort is also believed to be a mysterious world of jinns/Djinns. The fort witnesses huge crowd on Thursdays as it is said that jinns descend down from Heavens and fulfil the requests of the people. The walls of the fort are offered fruits, meat, milk, sweets etc. People also pen down letters accounting all their wishes, requests, needs.

William Dalrymple in his book ‘CITY OF DJINNS’ mentions about the magical yet mysterious yet mythical  world of Kotla Feroz Shah.

The Ashokan Pillar at Kotla Feroz Shah was erected only in 1356. It was brought from Ambala, Punjab. Only a piece of the pillar was erected at the pyramidical structure towards the north of the Jami Masjid at the fort. The pillar stands tall till date.

The pillar is erected in front of the mosque. The pillar also contains engraved inscriptions in Brahmi Script. At the time of its erection no-one knew the meaning of the script. It was only deciphered first after 500 years of its placement at the fort. The inscription on the pillar talks about ‘King Devanampiya Piyadassi’ and the matters of ‘DHARMA’  of which we have learnt about in our History textbooks as Emperor Ashoka and his appeal to the people of Dharma.

BAOLI (THE WELL AND GARDEN COMPLEX)

The view of the Baoli from the pyramidal structure. It is said that it remains locked after a suicide incident took place within the walls of Baoli in 2014.

The ancient remains of Ferozabad are quite a treasure and also since 1883 we have Feroz Shah Kotla Ground right near the fort. It is a cricket ground and the second oldest International cricket stadium still functional in India.

The fort remains merely a ruin, but is a gift to the city and an insight to the history of Delhi.