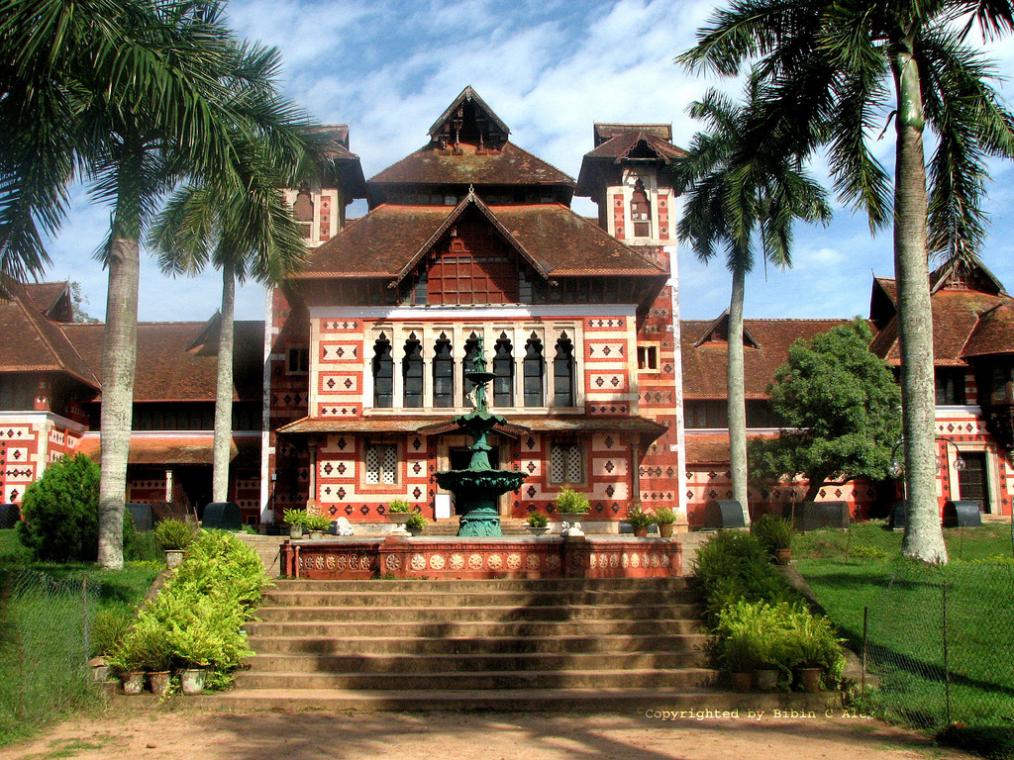 Established in the year 1935 Sree Chitra Art Gallery is situated on the northern side of the Napier Museum premises in the city of Trivandrum in the Indian state of Kerala. This gallery has been bestowed with some of the best works of some of the renowned artists depicting both traditional and contemporary paintings.  There are works of Nicholas Roerich, Jamini Roy, K.C.S. Paniker, Rabindranath Tagore, V.S. Valiathan, Svetoslav Roerich, and Raja Ravi Verma. The gallery is decked with almost 1100 paintings with more painting that lay stacked in their store rooms due to lack of space.  Though the foundation stone for another building was laid in the premises as early as 1985 but unfortunately the work did not materialize.

The gallery is a testimony to many grand styles of art forms not only around India but all over across the world. It displays Rajput, Mughal, Bengali, Tanjore schools of art along with Balinese, Tibetan, Thangka and some old Mural paintings. Among the bold strokes and shades used, the breathtaking paintings of Raja Ravi Verma would be ever etched in the mind.

The mythological stories come alive in his paintings for even those who have never gone through the epics. The beautiful Indian women depicted in his paintings as princesses, as estranged lovers, as enchanting seductress or just the everyday simpletons who would unintentionally adorn the streets or walk the royal floors of the woodwork palaces in Kerala would hold the onlookers in awe. The paintings of Raja Ravi Verma have been given to Chitra Art Gallery as a permanent loan in the year 1941. But out of the 70 numbers, only 43 original works are on display.

The way the feminine beauty has been displayed, it calls out to each human being to celebrate their forms in its true nascent and unpolluted form. Be it the ladies from the Hindu Mythology like princess Damayanthi talking to Swan about her beau Nala where we can clearly see the passion and pangs in her doe eyes or the Hindu deity Saraswati with one of her legs folded on the other as she stays seated on a rock beside an earthly stream as if it was her rightly owned heavenly throne and her face depicting nothing but erudition and certitude; all of it have been given the real touch of the human feminine form celebrating its total grandeur and ostentatious resplendence.

As one moves into other rooms where they find the honey-complexioned Western ladies pompously declaring the beauty of their naked forms, it is a quick realization that why have there been havocs created in various empires to acquire and possess them. But a true aficionado will definitely agree as to why the beauty is only worth drinking through eyes, once possessed it slips like the sands- the tighter you make your grip, easily it lets itself out of the powerful clutches reminding you  of the fleeting nature of perceiving beauty as material possession only. The round pear shaped hips and pomegranate blossomed breasts will make every living form appreciate their own worth and everything beautiful in this world.

This art gallery will forever remind the posterity of a time when artists could see and appreciate beauty in various forms making the stones, pebbles, rocks or pillars breathe reminiscing times when people flourished in their own simplicity.