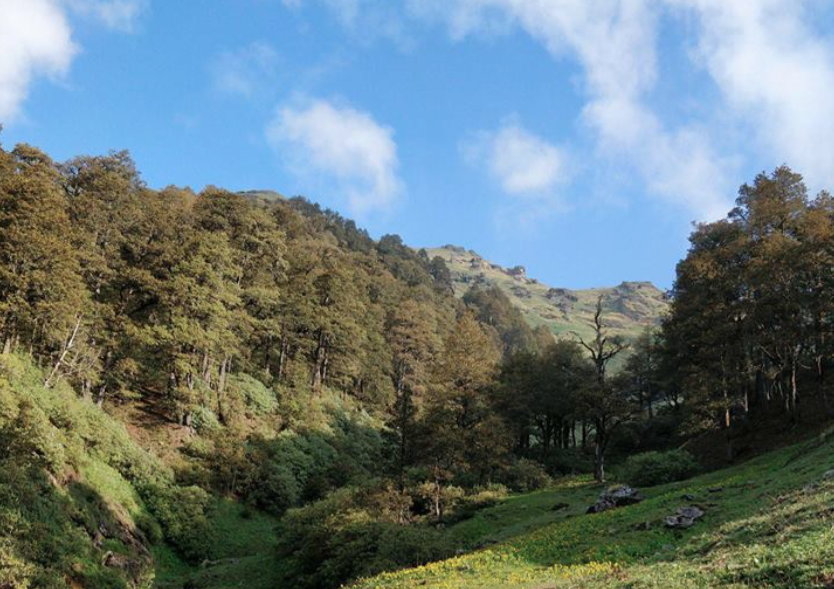 Chandrekhani pass is located in the Himalayas. It lies in the state of Himachal Pradesh. It is found in the Kullu district. Significance of this pass is that it connects the village of Malana and also the ancient route to Kasol.

This particular pass is at height of 12320 feet. It takes about 7- 8 days to complete this trek. This trek offers a splendif view to snow-capped mountains, large grasslands and dense forests. You see a change in the vegetation every 500 feet. The variety  is a great sight for city dwellers.

Chandrekhani pass also offers an amazing view to some of the greatest peaks, like Hanuman peak, Deo Tibba, etc. On they way you can see some great temples, like Bijli Mahadev which you see right at the start of the trek. When one stands atop the peak, it offers great view to city of Kullu. After 2 days of trekking,  one reaches Ubla Thach which is also said to be haunted. At this site you see lot of skulls of animals. There is also temple of local deity here, which is said to protect the sacred land from bad omens.

After this point, it takes 2 more days to reach highest camp site at 10500 feet at Dohra nala which offers a great view to the valley. One can see a host of streams flowing through the area from this height. After another climb of 15 km, one reaches highest point of the Chandrekani pass. It then takes around one more day to reach the village of Malana, now popular for its monopoly of Hash production. The modern route also requires 6 km of trekking.

The route is arduous and scenic. It requires great willpower, and a penchant for the bounty of perceptual treats that nature offers.

The Aeolian Islands and their volcanic origin