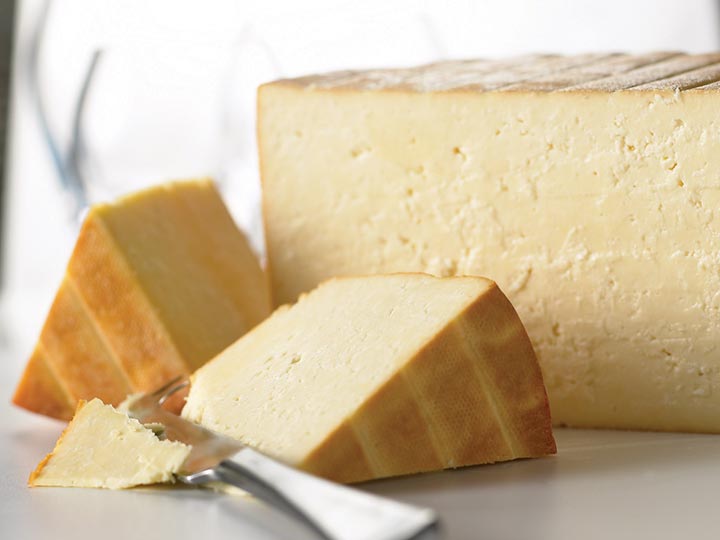 What makes it special: Properties of Yorkshire Wensleydale

Properties of Yorkshire Wensleydale are as follows (Official Journal of the European Union, 2013):

Ingredient: Made from cow’s milk, either fresh raw milk, or pasteurised milk.

Cheese-making season: The autumn season produces the tastiest cheese, manufactured in smaller volumes as the cattle moves indoors, off a grass and onto a silage diet. This season also produces greater concentration of solids, thus producing its unique and balanced flavor.

The secret to success: Why Wensleydale Creamery stands the test of time

According to Kit Calvert, ‘Saviour of Wensleydale Cheese in the 1930s’, through the ravages of State bias, World War I and II, and the Great Depression, Dales[1] folk found ‘strength in adversity’ due to their Norse heritage, influence of the Church, weather, isolation, and poverty of rural Dales hamlets (Mitchell, 1979).

The North Yorkshire regions are, by their very nature, largely pastoral, usually remote and generally not places of great wealth though, with the availability of subsoil resources, some districts have been prosperous at least for short periods of time (Collins, 1976).

The unpredictable climate and endemic isolation of North Yorkshire also have always been an economic bane to this agricultural area. Given that the whole of Yorkshire, part of the Pennine Moors, was once physically inhospitable archeologically proven as a former forest (Tinsley, 1975), human influence on its development into a vegetation area has demonstrated its limits. With livelihood depending on the soil, every climatic rise and fall is always an important point for the crops and livestock’s turnout.

This climatic and geographic isolation are said to be two of the main reasons why North Yorkshire communities are the way they are: cohesive, supportive, traditional, and mostly patriarchal. Locals love supporting their neighbours’ products, a testament with small specialised stores such as antiques, coffee, meat, and woodcraft shops surviving through generations given the small area and population they serve.

In the past, the 1834 Poor Law Amendment Act failed to provide for North Yorkshire communities, with the State putting its focus on southern areas. North Yorkshire’s poverty has been overlooked with the area, through a major supplier of labor and resources for the industrialisation process (Hallas, 1987), was vulnerable to the harsh climate and landscape.

It was seen that the Poor Law system did not drive the local economy (Boyer, 1990), nor did it act as a spur to industrialization either by providing an insurance safety net (Solar, 1995), or through its breakdown in forcing people into work (King, 1997).

Despite this lack of external support, North Yorkshire thrived because it was seen to be more successful in community cooperation compared to its southern counterparts (Huzel, 1989).

Together with the locals’ resilience and strength in spirit, the Wensleydale Creamery may have come at the right place and time when Yorkshire residents, fresh from the devastations of the Great Depression, tried to find a sense of belongingness amidst the ‘nothingness’. With the State the farthest the people can depend on, locals found each other. And it is with Wensleydale Creamery, and its iconic Yorkshire Wensleydale, where they found hope. What once was an everyday home staple, the Yorkshire Wensleydale became a national symbol of identity; and so efforts to save the only manufacturing facility that produces it became a worthy and uniting endeavour.

Conclusion: The challenge for Wensleydale Creamery

North Yorkshire has a reputation of having close-knit communities, with strong kinship ties placing prime importance on maintaining multi-generational farms and craft traditions. While before the son usually succeeds the father in operating the family business (Johnston, 1971), with more career options for the new generation, there is a growing phenomenon of farming traditions ending with the last surviving farmer in the family.

In this day and age therefore, for localised products to survive, the right branding, and growing with and reaching the right crowd are all important. Wensleydale Creamery’s success with Yorkshire Wensleydale’s Protected Geographical Indication status is a massive step. To reach the hearts of the succeeding buying generation though, it is important for the creamery to always answer the question, “What does it really mean to be part of Wensleydale Creamery?”

[1] Refers to ‘The Yorkshire Dales’: an upland area of the Pennines in Northern England in the county of Yorkshire (Yorkshire, n.d.).

The India Gate: A memorial to unknown soldiers

The restoration of Greek orthodox church in Izmir