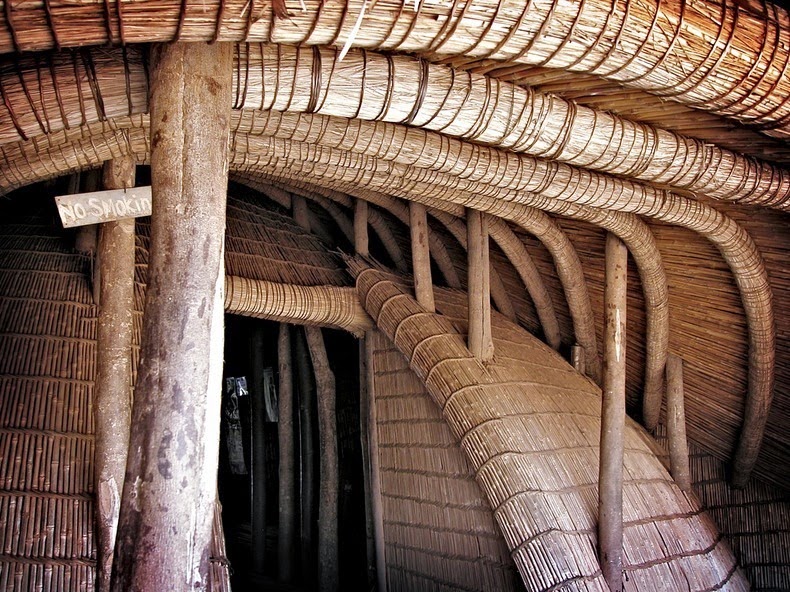 Traditional Buganda history is skewed and fascinating, but is this desire to stick to tradition hampering the restoration of World Heritage?

Buganda is a sub-national monarchy located within Uganda. The kingdom was ruled by several Kabakas (the title given to the kings of Buganda), since the time of Kato Kintu (early 14th Century), the first Kabaka (king of the Kingdom of Buganda).

Video: Overview of the Buganda heritage

Kasubi, Uganda’s capital and largest metropolitan area, is a royal cultural heritage site of the Kingdom of Buganda. It houses the Tombs of the Baganda Kings that is the site of the burial grounds for four kabakas (kings of Buganda), namely Muteesa I, Mwanga II, Daudi Chwa, and Muteesa II.  It is also a UNESCO World Heritage Site (The tombs were granted status as a World Heritage Site in 2001, by UNESCO). The tombs also present an example of architectural grandeur in organic materials, principally wood, thatch, reed, wattle and daub. However, according to UNESCO, the site’s main significance lies, however, in its intangible values of belief, spirituality, continuity and identity.

Today, it continues as a site of cultural pride. They serve as the most active religious place in the kingdom, where rituals are frequently performed.

In 2010, a fire (cause still unknown) in the vicinity destroyed a large portion of the structures, and restoration began in March 2013, after the signing of the plan by UNESCO. Funds were made accessible through the Japanese Funds-in-Trust, for the preservation of Buganda’s heritage. The restoration process is estimated to cost around 3.7 million dollars, and is being spearheaded by Omega constructions.

However, there has been a severe clash of creative opinion between the Custodians of the structures, and the Japanese and local craftsmen who have been brought to help in the reconstruction of the heritage site.

The initial plan was approved by UNESCO, but following efforts performed were not congruent with the initial agreement. This has put a riff of disagreement between the custodians and the new age scientists and architects who posit newer methods for sustainability. The custodians claim they have a better grasp over the methods for a more accurate restoration, but are failing to recognize the sustainability of materials like steel. Such blatant disagreement and tension has forced the Prime Minister, Peter Mayiga, to issue a stern warning to those delaying the restoration.

Therefore, the parties involved in the restoration of this important cultural heritage asset of Uganda must come to an agreement to restore and reconstruct a more durable and sustainable world heritage site in Buganda.

Mysore’s Ganjifa: is it time to play the ‘dying heritage’ card?

‘Catch them young and teach them about culture and heritage’