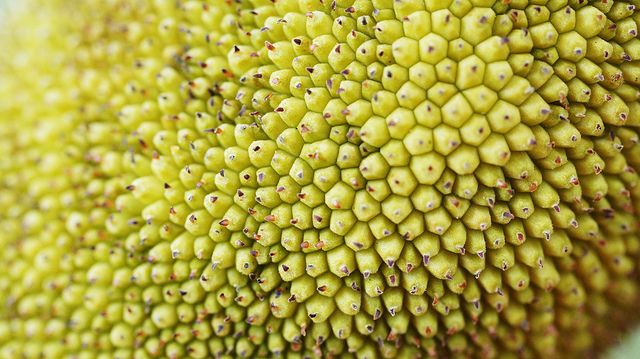 Until I was 13, I lived in New Delhi with my family. I grew up in Delhi and would come to Bangalore (now Bengaluru) to visit my grandparents at least once a year. If we didn’t make it down, they would come up. And then, about 10 years ago, my grandfather died, leaving his house to my father. At the time, my father was about to be transferred either to Bangalore or Chennai but preferred Bangalore to the sweltering heat characteristic of Chennai. Therefore, at the age of 13, I moved to Bangalore to live in my grandfather’s house- the same house I had once grown up in as a child, but only faintly recalled.

The house was one of the typically old Bangalore bungalows- it was large with a front and back yard, and a thousand tiny rooms- well, it seemed like a thousand to me as a child anyway. The point was that a lot of restoration was needed to make the house livable according to modern standards. For example, the kitchen was outside the house, and what is now the veranda on the ground floor used to be my grandfather’s workshop, complete with a thousand and one odd tools that I still don’t know the names off. As a result of this, we only moved into my grandfather’s house once the restoration was complete- almost a year after we’d already moved to Bangalore. Even as a child, I knew that my grandfather’s house had several plant species that I hadn’t ever heard of in Delhi. One in particular was called the breadfruit. For the longest time, I had assumed that my grandparents and my parents were simply tricking me- bread and fruit most certainly didn’t go together and I couldn’t imagine a fruit tasting even remotely like bread. After all, the breadfruit didn’t look like loaves of bread and instead were spherical green lobes of the size of softballs that hung from the branches of the tree like any ordinary plant. It was only years later that I would discover that in fact, the breadfruit tree was a legitimate plant species.

The breadfruit originated from French Polynesia, where it is called uru. Uru is inseparably intertwined with the cultural heritage of the islands where the breadfruit is a staple of the local diet. The name “breadfruit” is derived from the fact that when it’s just ripe enough to eat, the cooked, starch-heavy fruit resembles freshly baked bread. As it ripens, the breadfruit gets sweeter and is prepared in several ways- mashed, boiled, roasted, fried, and can also be consumed raw. The versatility of the breadfruit earned its origin plant the title of the ‘Tree of Life’ from the villagers. But besides food, the breadfruit tree is also bountiful with respect to the produce that it bequeaths humankind with. Apart from the fruit, the tree’s young leaves are edible. Moreover, the trunk’s lightweight timber can be used to build homes and traditional outrigger canoes and the bark is even used to make clothes. The breadfruit holds an important place in the cultural heritage of French Polynesia.

Though breadfruit’s roots can be traced back to greater New Guinea, Polynesians have been carrying and cultivating breadfruit on their explorations through the South Pacific for thousands of years. In her article, “The Island Fruit That Caused A Mutiny,” Laura Kiniry includes a local legend about a famine that occurred on the island of Ra’iātea. According to the legend, a family of six were so desperate for food that they went to live in a cave and ate wild ferns that grew in the surrounding valley. The family patriarch couldn’t bear to watch his loved ones suffer, so he told his wife that he was going to bury himself beyond the cave. There, he would blossom into a tree that could feed them. When his wife awoke one morning to find him missing, she knew exactly what had happened. For nearby stood a fast-growing uru tree, its branches bearing loads of breadfruit. Today, this place is called Mahina, but many locals still refer to it as Tua-uru, which means ‘valley of the breadfruit’.

Though breadfruit’s roots can be traced back to greater New Guinea, Polynesians have been carrying and cultivating breadfruit on their explorations through the South Pacific for thousands of years. It was only fairly recently, in the 18th century, that the British learned about the versatile breadfruit and were enamored by the fruit to say the least. The British were impressed by the high-yielding plant and its nutritious fruit. The breadfruit trees required little care, but produced a great deal of fruit, which was then used to feed slaves in the British West Indies. As a result of this, the breadfruit found itself transported to almost 90 countries across the globe, including Malaysia here it’s called buah sukun, Venezuela where it is known as pan de año and even India.

In 1768, Captain James Cook set out aboard the British Royal Navy vessel HMS Endeavour, accompanied by the English botanist Sir Joseph Banks. Their three-year exploratory voyage included a three-month stop in Tahiti. After returning from Tahiti, Banks informed King George III about the intriguing breadfruit. The King offered offered a reward to anyone successful in transporting 1,000 breadfruit plants from Tahiti to the West Indies. In 1787, Lieutenant William Bligh undertook the challenge to transport the breadfruit plants from Tahiti to the West Indies with his crew aboard the HMS Bounty. However, their journey took a sour turn- bad weather had significantly slowed their progress and upon reaching Tahiti, the crew had to wait for another 5 months for the plants to be prepared. By this time, Bligh’s crew had become accustomed to the island and it’s women and didn’t want to leave.

On April 29, 1789, “Master’s mate Fletcher Christian and 18 other disaffected crew members forced Bligh, with 18 of his supporters, into a 7m longboat and dispatched them into the open waters, tossing all the breadfruit plants overboard and sailing off on their own,” writes Kiniry. Today, the incident is known as the ‘Mutiny on the Bounty.’ Historians believe that most of the crew sided with Christian as they hoped to return to Tahiti- they eventually would. Bligh and his men miraculously survived and were able to reach Timor, from where Bligh returned back to England. Two years later in 1781, Bligh was able to complete the brief, transporting breadfruit trees to Jamaica, where breadfruit is still produced.

A visit to Dhanushkodi