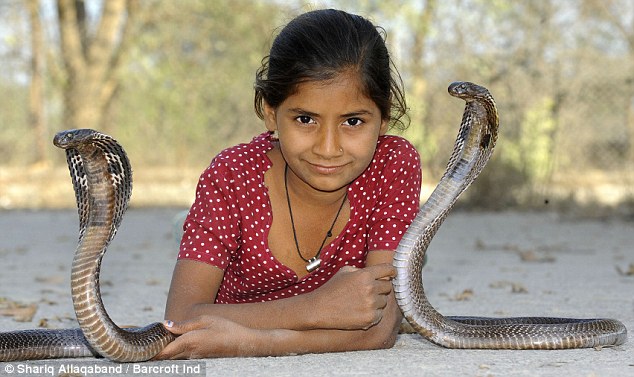 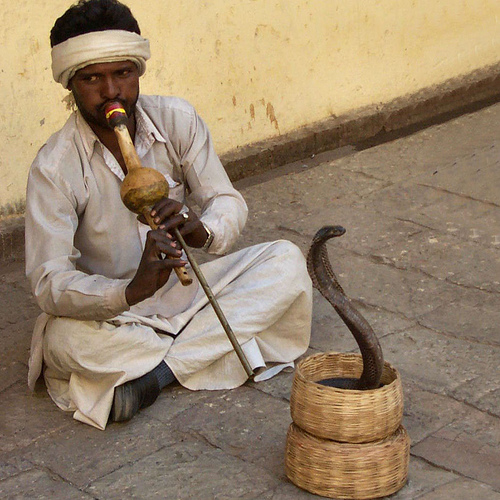 Every morning  we get up and dress up for  office or school ,work hard to fulfil our  daily  need like
branded clothes , a sports car , house to live and many more never ending needs .if we look outside
our daily routine you will be  surprised that there are people who to feed their children with one
time meal entertain us. I am talking about the snakes charmers who we think are a taboo to the
society, but they never care what people think of them, it is like a livelihood to them.
Wandering from city to city, street to street seeking for meagre money. Where they
perform deadly stunt such that will scare you until you get goose bumps and the chill runs down
your spine. The charmer typically sits out of biting range and the snake is sluggish and reluctant to
attack anyway, making snake to dance by producing sounds through an instrument known as  the
been or bin, is a wind instrument played by snake charmers in India. The instrument consists of a
mouth-blown air reservoir made from a gourd, which channels air into two reed pipes. most popular
species are those native to the snake charmer’s home region, typically various kinds of cobras,
though vipers and other types are also used, snakes are able to sense sound, they lack the outer ear
that would enable them to hear the music. They follow the pungi that the “snake charmer” holds
with their hands. The snake considers the person and pungi a threat and responds to it as if it were a
predator. Snake charming is typically an inherited profession. Most would-be charmers thus begin learning the practice at a young age from their fathers.
They are entertaining spectators since the Egyptian‘s times , Charmers there mainly acted
as magicians and healers.   Snake charming as it exists today probably originated in
India. Hinduism has long held serpents to be sacred; the animals are believed to be related to
the Nagas, and many gods are pictured under the protection of the cobra. Indians thus considered
snake charmers to be holy men who were influenced by the gods.
This art is vanishing from the face of earth as people attracted to the western art. But instead
of supporting our traditional art we are supporting western art through financially or popularising it.
snake charmers for the attention of people they risk their life for bread ,butter.