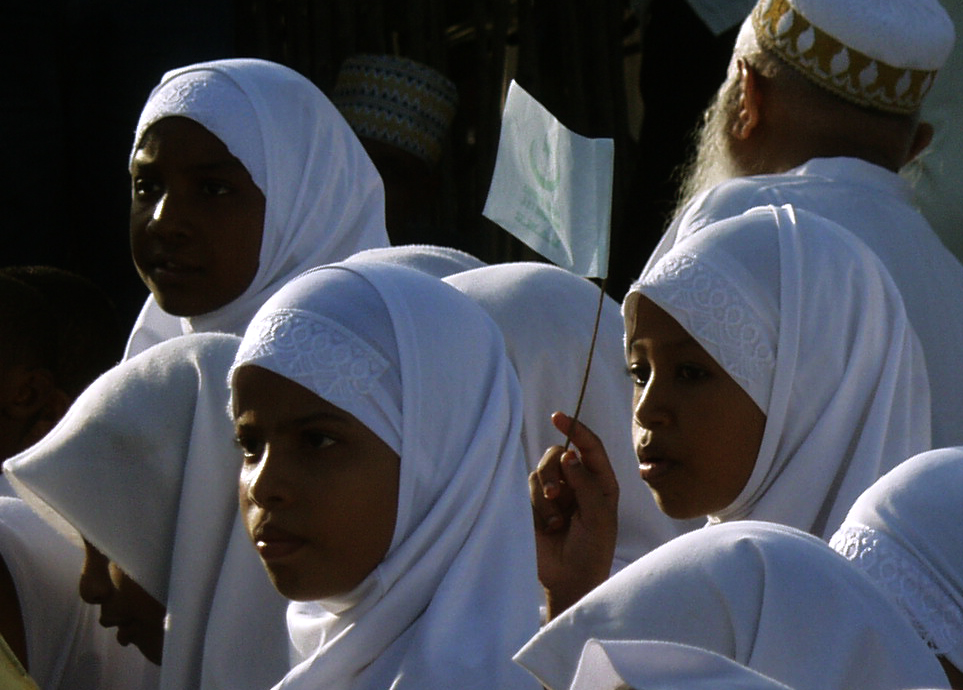 The Bohra community landed and settled in Lamu over  two centuries ago, and established themselves as a trading community. Their identity has been entrenched into the cultural landscape of Lamu.

The Bohra of Lamu are ardent Gujarati speakers, but have adopted Swahili as their primary language of transaction.  The community has evolved as an important part of Lamu society, with some  working as teachers ,civil servants health workers and traders, offering important services to the community.

The Bohra  way of life is inspired by Islamic tenets. Globally, the Bohra community is denoted as conservative, and members prescribe strictly to their traditions and faith.  Similarly, in Lamu, the community  adheres to these values which include traditional attire and an array of customs. The men wear the “white Kanzu” and “Kofia” while the women/ladies don the unique Bohra abaya that is slightly different from the Swahili style buibui. It can be recognized by its multicolor and floral patterns.

In the past, the Lamu Bohra community used to celebrate their wedding ceremonies over a period of one week observing ceremonies such as the Nikkah, Walima and Zafaf etc However,  in recent times,  due to rising costs of living and logistical constraints, the ceremonies are confined to a day or two. The Bohra community actively participates in the Maulid celebration, which is one of the most important traditions of Lamu.

The Bohra mosque in Lamu is a unique structurel, located in the heart of the stone town. The Mosque is encapsulated in an initially multipurpose complex which earlier accommodated shops, residential quarters and an open  garden. The mosque layout and decor departs from the traditional Swahili mosque, and the design borrows heavily from the traditional Guajarati mosques.it was commissioned in AH 1339 (AD 1920) by a Bohra family from Zanzibar whose present day descendants can still be traced.  Little is known about the initial Bohra prayer hall prior to the construction of the current mosque.

The mosque’s ground floor is dedicated to the men’s praying area, and a mezzanine floor supported by massive timber post is meant for women to pray in. The interior of the mosque features elaborate timber and plaster decoration.

This community of Lamu has perhaps the most elaborate cemetery in Lamu town. Cemeteries are dotted  with ornately decorated graves.  According to the Lamu Mosque cleric, the graveyards may be reused after every 100 years in line with the Islamic tradition. Graves in the main Bohora Cemetery  are arranged in neat rows, and marked with unique plates for easy recognition . The plates bear the name, birth, and death dates of the individuals that rest there.

Bekal Fort is the largest fort in north Kerala