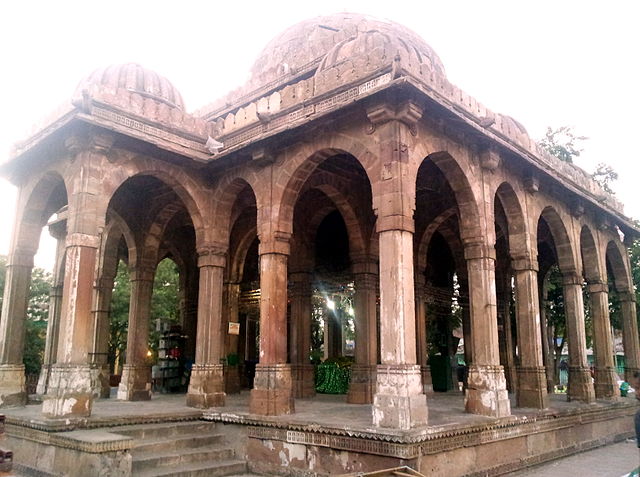 The 2001 earthquake in Bhuj indiscriminately affected not just people but built heritage of the region too. There are important lessons in conservation to be learned from the investigations thereafter.

On 26th January 2001, when India was celebrating its 52nd Republic Day, the western part of the country faced one of the worst earthquakes in history. The earthquake that lasted for over two minutes, killed more than 19,727 and injured over 166,000. Twenty one out of 25 districts in the Gujarat state were completely destroyed. Kutch, where Bhuj is located, was the worst affected district, followed by Ahmedabad, Jamnagar, Rajkot and Surendranagar. The tragedy of the 2001 Bhuj earthquake in Gujarat took its toll on the rich architectural heritage and culture of the region too.

Gujarat has a rich heritage of buildings built by the princely rulers of the area over the last 500 years. Some of these buildings are of international importance. Many were seriously damaged during the earthquake. The Indian National Trust for Arts and Cultural Heritage has estimated that of 250 heritage buildings inspected in Kutch and Rajkot, about 40% either collapsed or were seriously damaged, while only 10% remained undamaged.

Some of the heritage buildings in Bhuj, Jamnagar, Wankaner, Morbi, Maliya, Halvad, Dhangedhra and Ahmedabad were inspected post the earthquake, a majority of which were destroyed or extensively damaged during this earthquake.

Among the greatest monumental losses are the complete collapse of Rao Lahaji Chhatri in Bhuj, built in 1761, and severe damage to Limoji Mata Mandir in Delmal, Mehsana district, built in the 11th century. The Rao Lahaji Chhatri is the funeral memorial of the king and had a pillared hall covered by a dome. This dome was reduced to rubble during the earthquake. The Mandir, an important Hindu structure too suffered a partial collapse, the damage wasn’t as dramatic as the Chhatri though.

The heritage buildings in Ahmedabad are generally under the care of the Architectural Survey of India (ASI), which is funded by the government and despite limited resources, they had been well maintained. Damage to buildings in Ahmedabad was not excessive; immediate repairs were instigated and the damages were rapidly repaired. The ASI’s senior conservationist, VS Nair, developed a permanent group of skilled masons which was highly effective in limiting the damages and aided immediate reconstruction. However, the same was not the case with the palaces of princely rulers of Gujarat; they hadn’t previously benefited from public funding and many were in a poor state of repair before the earthquake itself.

Many of the heritage buildings that were studied post the quake showed clear signs that the lack of maintenance aggravated the damage they suffered. This finding is common to many other quakes. Properly maintained buildings have always been found to stand a much better chance of surviving major earthquake shaking than buildings whose structure has been weakened by the effects of aging. Some of the buildings had been converted to schools, museums or hotels to attract funds for its repair work. Also, maintenance was necessary to ensure that these priceless monuments survive for the benefit of future generations. Unless these maintenances occur, they’d be lost forever, with or without seismic activity.

The archive buildings at Rajkot and Junagadh, and museum and library buildings at Bhuj are reconstructed. Innumerable financial aids were also provided for the restoration of private monuments which were damaged or destroyed during the quake.

The other earthquake affected areas, particularly Kutch, have evidence of the Indus Valley Civilization. While examining the fragments and ruins of the civilization, the archaeologists always wondered about the missing links in the evolutionary record and many times have come across queer evidence of specimens of evidence which suggest mutilated skeleton with fractured parts and accidental postures buried under the layer of strata. This could suggest that these regions have been relatively younger in the earth’s evolutionary process and are still in the process of formation. Evidently, such phenomena are cyclic and we in the present times are experiencing the process of natural evolution.

But with the present level of scientific progress, we are perhaps in a better shape to design our surroundings and safeguard ourselves from the recurrence of similar situation. It is also important to integrate ourselves with the nature and live in harmony. For that we need to develop a balanced scenario which as integrated entity would remain one with the nature and not collapse as an imposed strata.

In most cases, it was lack of integration which was the cause of failure and in that is our lesson to learn for any future, safeguarding strategies for rehabilitation of whatever is damaged or destroyed.