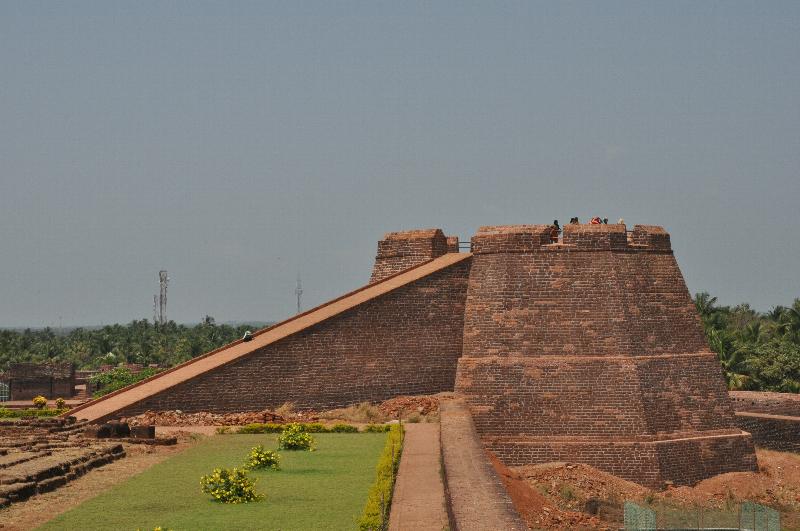 You may have heard a lot about the backwaters of Kerala but hardly has anyone told you about the largest fort in Kerala?

Bekal fort is the largest and best preserved fort in Kerala situated at Bekal village in Kasaragod district in Kerala bordered by the Arabian sea. Bekal fort housed the military of Tipu Sultan when he led the great revolt to capture Malabar.

An important feature of this fort is the water tank leading to a flight of steps. The fort appears to have been build up from the sea since almost three fourths of its exterior is drenched. The fort was build for fulfilling defense requirements. The zigzag entrance and the trenches around the fort show the defense strategy in the fort.

Standing on top of the observation tower, helps to get the view of surrounding places and the Arabian sea, which was mainly meant for attacking enemies. The holes at the top were meant for aiming at farthest points, the holes below for striking when the enemy was nearer. This is a evidence of technology in defense strategy.

Bekal fort is  protected by Archeological Survey of India (ASI). It was a very good experience to explore one of the cultural heritage of north Kerala.

A Swiss heart in Cuenca, Ecuador

The Bohra Community: Diaspora in Lamu