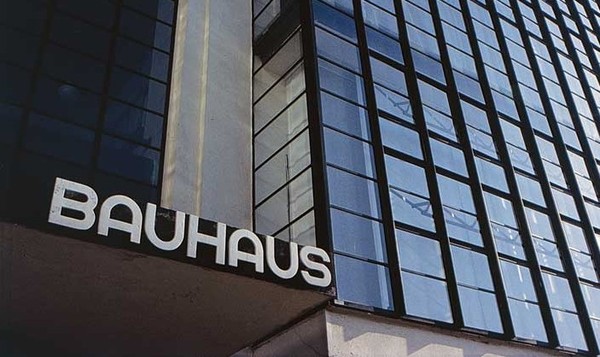 “Architects, sculptors, painters, we all must return to the crafts! For art is not a “profession”. There is no essential difference between the artist and the craftsman. The artist is an exalted craftsman. In rare moments of inspiration, transcending the consciousness of his will, the grace of heaven may cause his work to blossom into art. But proficiency in a craft is essential to every artist. Therein lies the prime source of creative imagination. Let us then create a new guild of craftsmen without the class distinctions that raise an arrogant barrier between craftsman and artist! Together let us desire, conceive, and create the new structure of the future, which will embrace architecture and sculpture and painting in one unity and which will one day rise toward heaven from the hands of a million workers like the crystal symbol of a new faith. ”

These words by Gropius sums up all the principles and intentions for the Bauhaus and its Sites, right from their inception.

The Bauhaus is an outstanding example of the Modern Movement, which transformed artistic and architectural thinking and practice in the 20th century, and in particular of the progressive architectural concepts of the Jugendstil. Today the original buildings in Weimar and Dessau have been made into museums and exhibitions, and provide an insight into a movement that still seems innovative today.

In December 1996, the Bauhaus sites of Dessau and Weimar were designated official UNESCO World Heritage sites. The Bauhaus and its sites in Weimar and Dessau are categorized under ‘Culture’ and are nominated under the cultural criteria 2, 4 and 6. It was taken into consideration that the site is of exceptional universal worth since these buildings are the inspirational works of the Bauhaus architectural school, the foundation of the Modern Movement, and thus of great cultural importance.

The Bauhaus occupies a place of its own in the history of 20th century culture, architecture, design, art and new media. One of the first schools of design, it brought together a number of the most outstanding contemporary architects and artists and was not only an innovative training centre but also a place of production and a focus of international debate. At a time when industrial society was in the grip of a crisis, the Bauhaus stood almost alone in asking how the modernisation process could be mastered by means of design.

The first location of the Bauhaus was in the School of Arts and Crafts in Weimar. The school had been created based on the ideals and designs of Henry van de Velde (1863-1957), but later was taken up by Walter Gropius. He then in 1919, reorganized the school under the name of Bauhaus School of Design.

In Weimar, students were given training by craftsmen as well as artists. According to the Bauhaus Manifesto, the ultimate aim of all the artistic and creative tasks was ‘the building’. Mostly all students worked on the building projects. The phase lasting in Weimar from 1919-1925 is called the Expressionist and Arts and Crafts Movements where Paul Klee, Wassily Kandinsky and Oskar Schlemmer formed the faculty.

The major exhibition which opened in 1923, reflecting the revised principle of art and technology as a new unity, spanned the full spectrum of Bauhaus work. The Haus Am Horn provided a glimpse of a residential building of the future. In 1924 funding for the Bauhaus was cut so drastically at the instigation of conservative forces that it had to seek a new home. The Bauhaus moved to Dessau at a time of rising economic fortunes, becoming the municipally funded School of Design.

In 1925, The Weimar Bauhaus was obliged to close down for political reasons. It was considered to be too liberal for a city like Weimar and thus had to depart for Dessau. Walther Gropius was welcomed in Dessau and found support for his cultural and political stance, along with the opportunity to create a number of large-scale new buildings. These were situated on the outskirts of the town, and comprise the Bauhaus itself and the Masters’ Houses (Meisterhäuser), all commissioned by the Municipality of Dessau and built in 1925-26. The latter were the residences of the successive directors of the Bauhaus and some of its distinguished teachers.

Owing to the past criticisms, Gropius suggested the merging of arts and industry in studios such as textiles, home appliances, etc. as a part of the school’s curriculum. From 1928 then until 1932 the institution enjoyed its most influential period in its struggle for the renewal of artistic and industrial design. It attracted world-famous artists such as Feininger, Kandinsky and Moholy-Nagy to its teaching staff.

Walter Gropius resigned as director on 1st April 1928 under the pressure of constant struggles for the Bauhaus survival. His successor was the Swiss architect Hannes Meyer (1889–1954) whose work sought to shape a harmonious society. Despite his successes, Hannes Meyer’s Marxist convictions became a problem for the city council amidst the political turbulence of Germany in 1929, and the following year he was removed from his post.

Under Ludwig Mies van der Rohe (1886–1969) the Bauhaus developed from 1930 into a technical school of architecture with subsidiary art and workshop departments.

Bauhaus moved to Berlin in 1933 but had no chance to re-establish. The rise of the NAZI influence in Dessau had compelled the school to close down, in 1932. In 1979, the Bauhaus Archive designed by Gropius was built in West Berlin. In 1997, the building was put under the protection and control of the unified Germany.

The Dessau phase of the Bauhaus is characterised by the consolidation of its orientation towards the new unity of art and technology, which was initiated in Weimar in 1923. In Dessau, the Staatliches Bauhaus became the Hochschule für Gestaltung (school of design). In a departure from craftsmanship, there were now professors and students in place of masters, journeymen and apprentices. In the aspiring industrial city of Dessau, the Bauhaus found the ideal environment for the design of models for industrial mass production.

Surprisingly, following the politically motivated closure of the Bauhaus in Weimar, the change of location to Dessau did not result in a crisis in the school.If anything, it fostered its consolidation on the path to the design of new industrial products for the masses. Proclaimed at the Weimar exhibition of 1923, the new unity of art and technology – which is still the basis for the school’s international reputation – only achieved its full potential in Dessau. Starting with the famous Bauhaus Building – designed by the private architecture office of its founding director Walter Gropius in cooperation with the Bauhaus workshops and opened in 1926 –, the majority of the products and buildings that still define the image of the Bauhaus today were created in Dessau. In Dessau, the stylistically influential use of lower case lettering was established for the first time, and the foundation of the company Bauhaus GmbH allowed the students to participate in the success of the products developed at the Bauhaus.