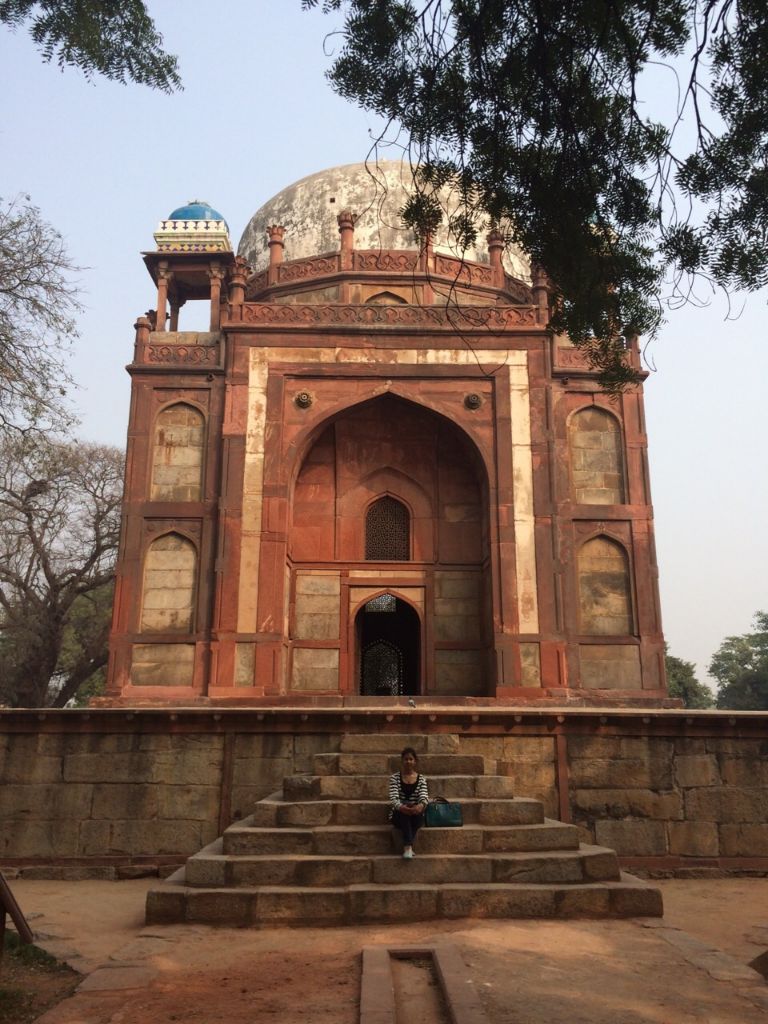 Task 2 :Exploring the unexplored The name of the task says it all. And the site I was allotted was Barber’s Tomb or ‘Nai-ka-Maqbara’ as it is locally referred. I really had absolutely no idea of where this tomb was, until I Googled to see its location. Google showed that it was located in Humayun’s Tomb complex; a place I had already been to before. It stands on a platform on the south-east side of Humayun’s Tomb, which is not even 3 minutes away, and I had ignored it like most of the people every time I went there. History has somehow always fascinated me; to an extent that each time I visit a heritage site, I love to imagine what I would have been like had I still been in that era.  The excitement and the experience of walking down the halls or gardens or tombs where once such royals walked is captivating. You just want to know more and more about that place’s past, to know why it was built and how it was built. As I reached Barber’s Tomb, I was surprised to know that it was built for Emperor Humayun’s royal barber. This also tells us how important that barber might have been in Humayun’s life, although, there is no mention of his name anywhere. It is known that the individuals interred in the two graves present inside the tomb are of male & female respectively, but their identity is not clear. No one knows who are buried inside this picturesque tomb of red and grey sand stone.   For more information, check out the link of a powerpoint presentation made by me, which has all the information you need about Barber’s Tomb.